St Aloysius Institutions celebrated its 143rd Foundation Day on 12th January 2023. Rector Fr Melwin Pinto SJ hoisted the flag of St Aloysius institution on the tower of the Institution accompanied by the Jesuits, a few staff collaborators and NCC Cadets. 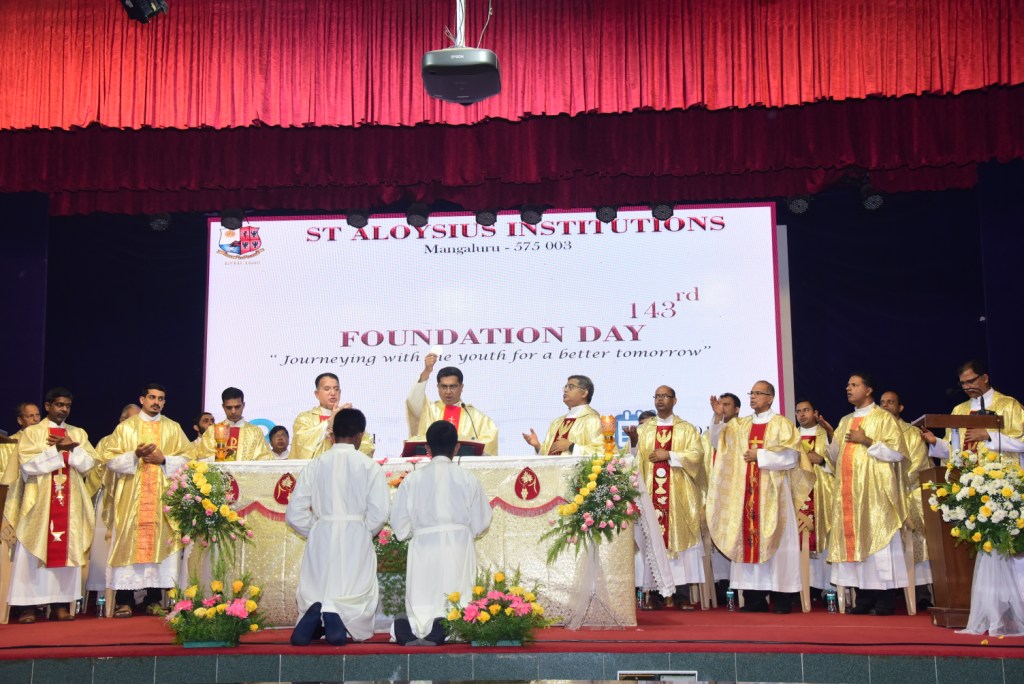 The festive Mass began with Fr Anand Pereira SJ, alumini of the school and college and the superior of Arunachal Pradesh Jesuit Service, being the main celebrant. The Mass was con-celebrated by the Jesuits and other priests. The theme of the Mass was ‘Accompanying Today’s Youth for a Better Tomorrow’, which is also one of the key priorities of the Jesuits globally. 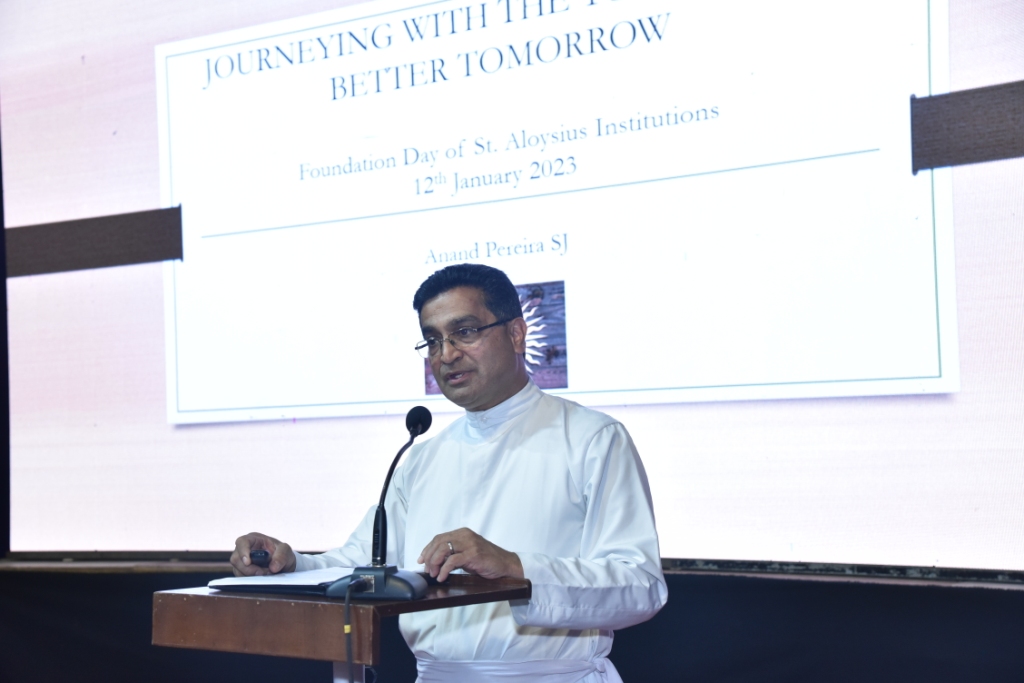 Fr Anand Pereira preached the homily and exhorted the congregation to accompany the youth with care and compassion. The choir was beautifully rendered by the staff of St Aloysius Pre-University College, led by Fr Sujay Daniel SJ. The Mass was followed by a foundation day lecture by Fr Anand Pereira SJ. He not only enlightened the staff about the global scenario of the youth with figures and statistics, but also emphasized on the 10 commandments of accompanying the youth for a better tomorrow. 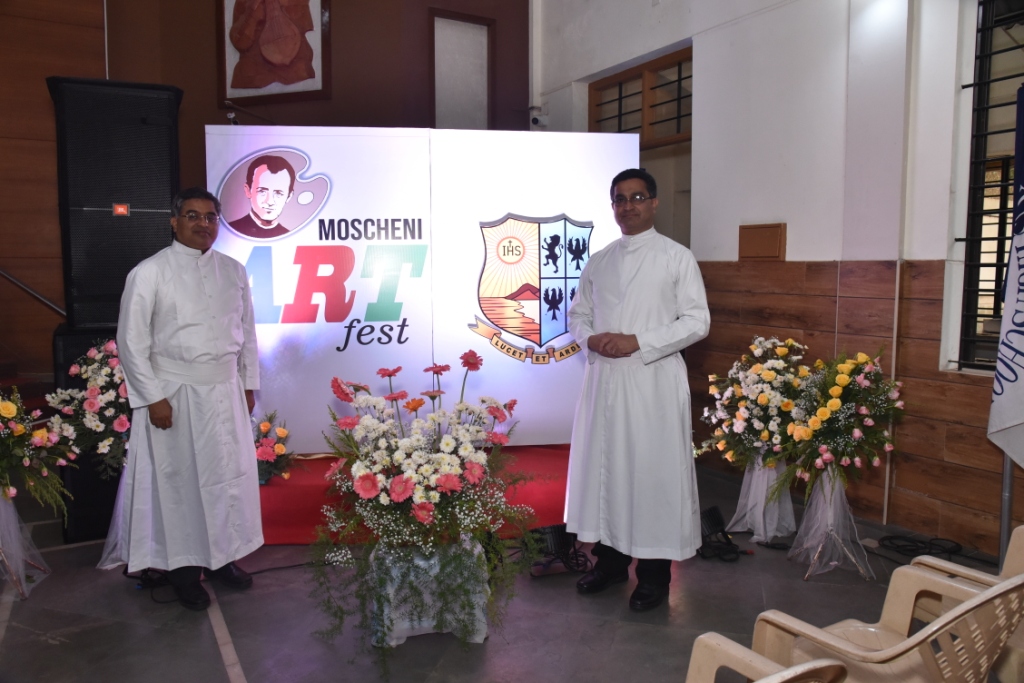 This foundation day was unique as it was accompanied by the release of the newly standardised institutional logo and flag. Rector Fr Melwin Joseph Pinto SJ, officially released the new official logo of St Aloysius Institutions, which will be used by all the units of the institutions. In his address, he spoke about the need for standardizing the logo, which evolved in response to the different versions and poor image quality of the previously existing logo. Gratitude was rendered to Mr John Chandran for reworking on the Logo.

A short video on the different versions of the Logo was screened which enlightened the staff about the logo and about the need to revisit the meaning of the Logo. A week long Moscheni Art festival was also inaugurated on this occasion in honor of Br Antonio Moscheni, who single-handedly painted magnificent St Aloysius Chapel. A beautiful video on the Jesuit contribution was made by Fr Melwin Sunny Pinto SJ, director of AIMIT. 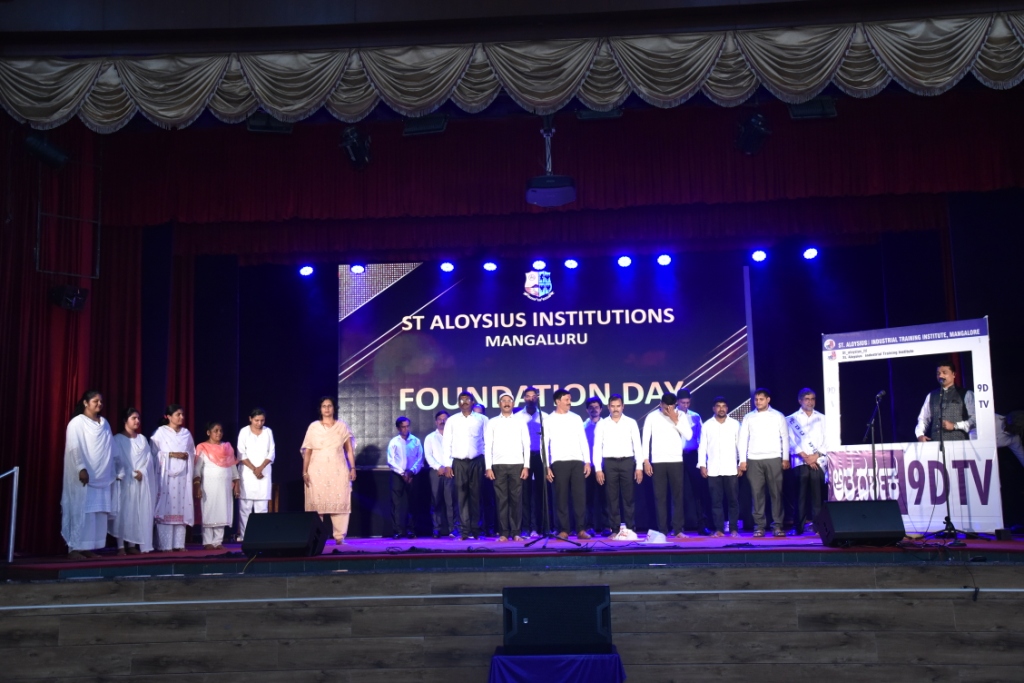 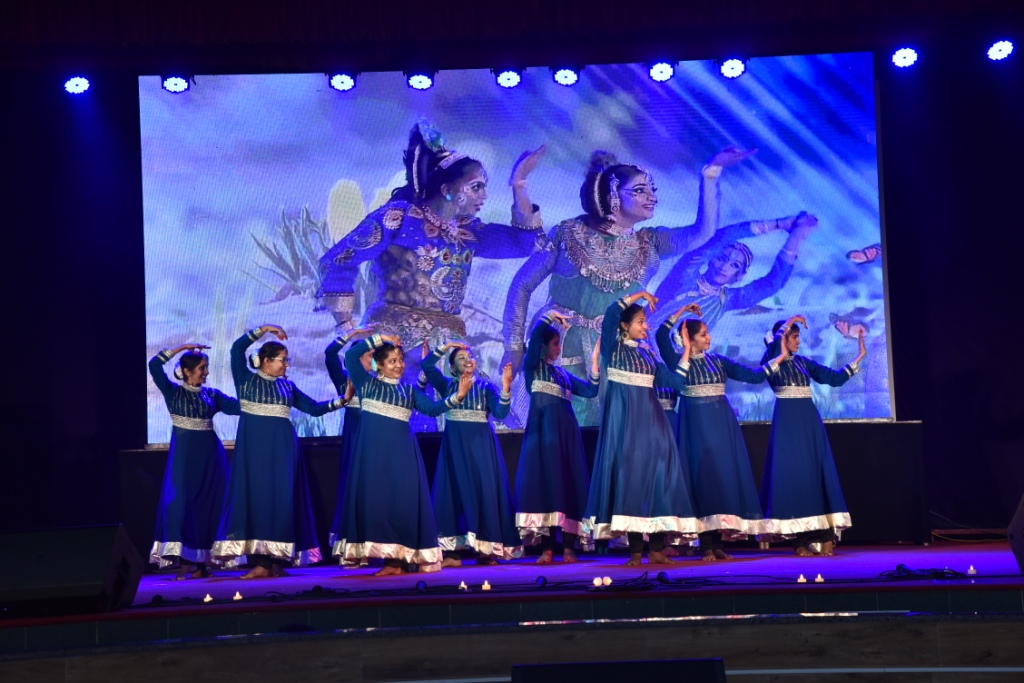 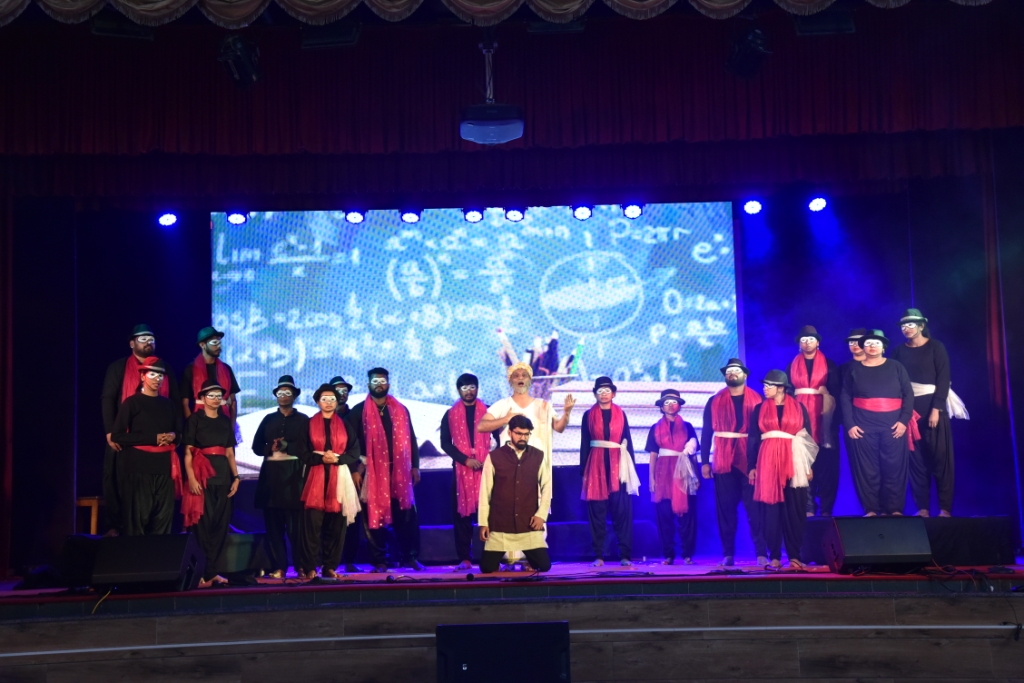 The event also witnessed colourful cultural programme from all the staff of all the institutions. The event ended with a festive banquet.