The 74th Independence Day of our nation was observed in solemnity with the formal hoisting of the tricolor in front of the Administrative Block. 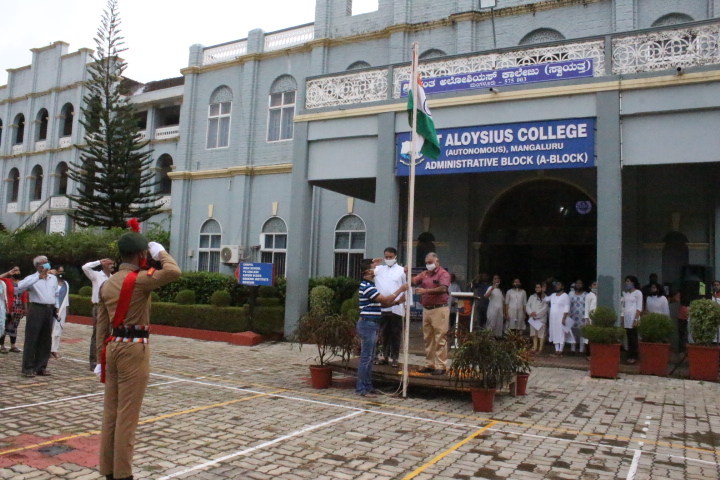 Cadets of all the three wings of the NCC enhanced the solemnity of the programme with their impeccable March and grand salute to the national flag. The melodious rendering of the patriotic songs by the College Staff Choir added to the grandeur and patriotic emotion among the audience. 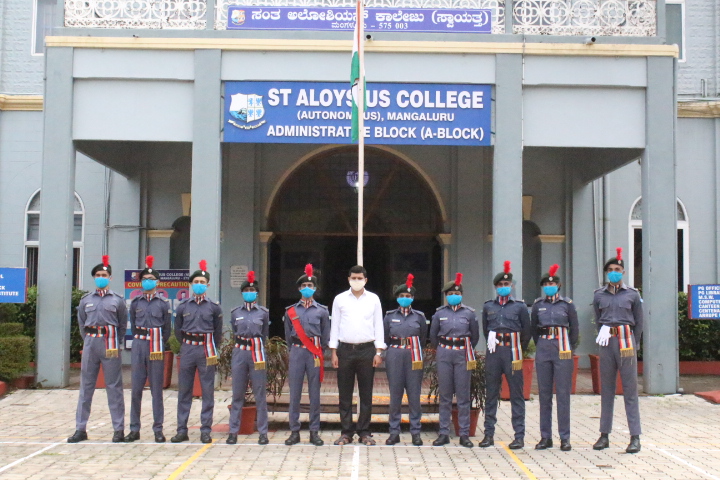 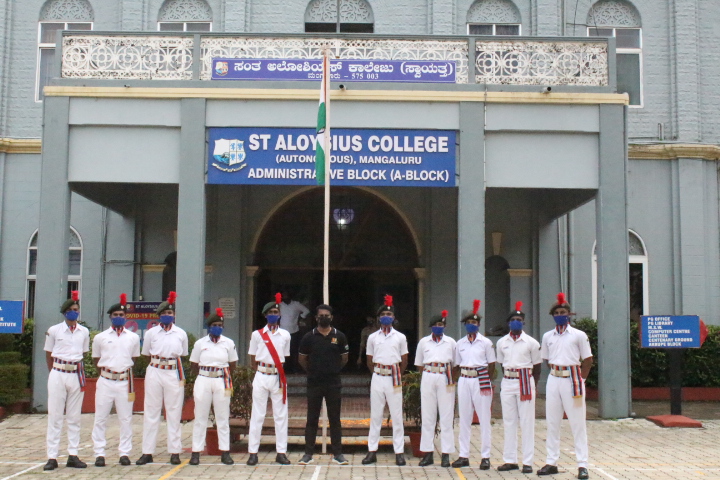 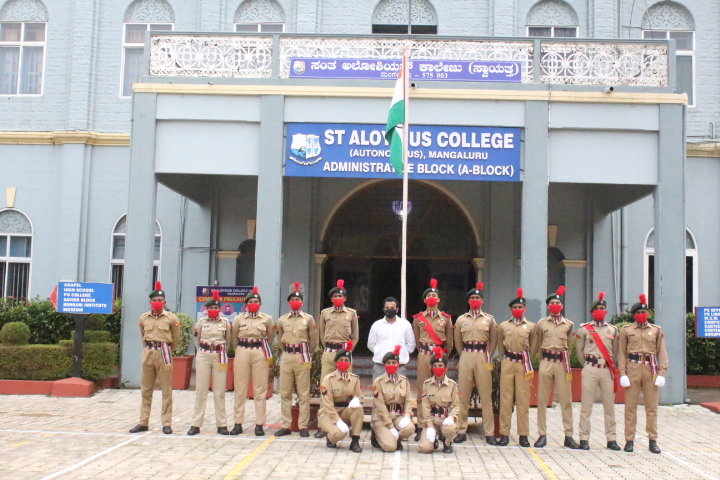 The Chief guest for the solemn ceremony was Sri Donnet D'Souza, the Physical Director  of the College. 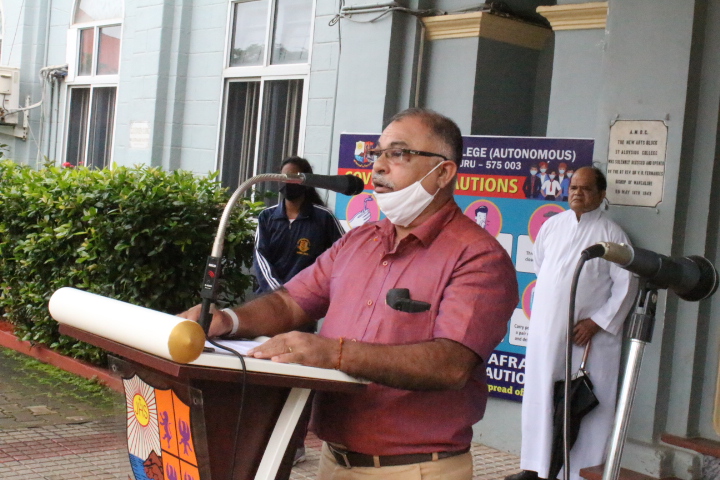 In his Independence Day Address, he enumerated the issues and concerns that the country has been facing and highlighted the significant role that the youth can play in addressing these concerns. He reminded the audience about the sacrifices made by several young freedom fighters and persuaded the youth to continue to preserve and practice freedom in it's TRUE sense. He alluded to some of the significant clues from the previous addresses by the present and former Presidents on similar occasions which have an inspirational dimension for the youth of India. He invited all to continue the great heritage of peace and brotherhood in the country for a better future. 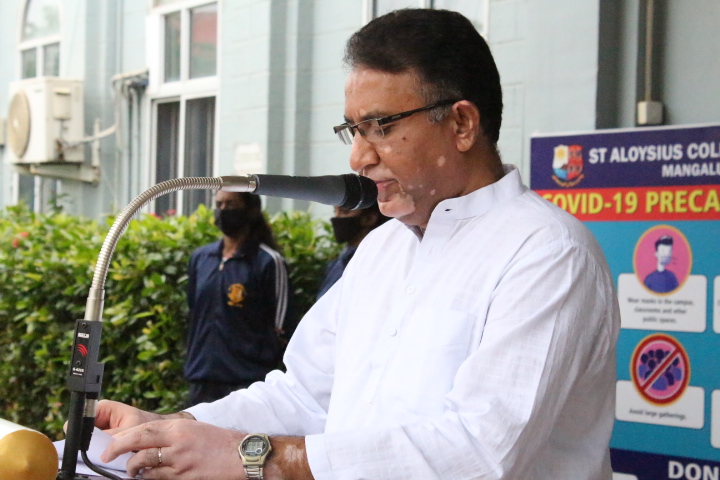 Rev. Dr Praveen Martis, SJ, the Principal, in his presidential address highlighted the contribution of the Mahatma and all other freedom fighters in bringing freedom to our nation. He reminded the audience the vivid memories on midnight address of our first Prime Minister of India, Pandit Nehru who posed a challenge to all Indians whether they had the courage to live and take forward the practice of the the values of freedom. He reiterated the same pertinent question to the audience and advised all to reflect on the challenge. He recollected the great heritage of our civilization encapsulated in the life and mission of Mahatma Gandhi, values like peace and non- violence which are our great gifts to the world. He advised the youth to show solidarity with all without any distinctions and unite to take efforts to re-establish the great civilizational values of India. He concluded the address with the words of Ravindranatha Tagore: “Where the mind is without fear and the head is held high…. Into that heaven my Father, let my country awake.”

The cadets of NCC- Army, Navy and Air Wings led by Cadet Advaith treated the audience with a parade with the strident March. 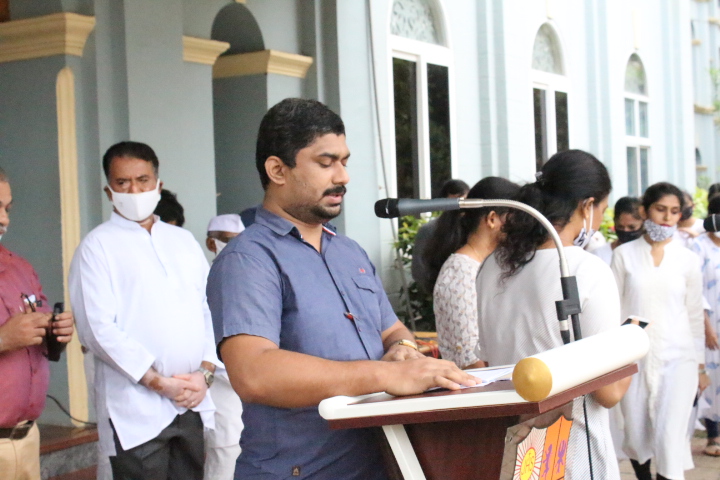 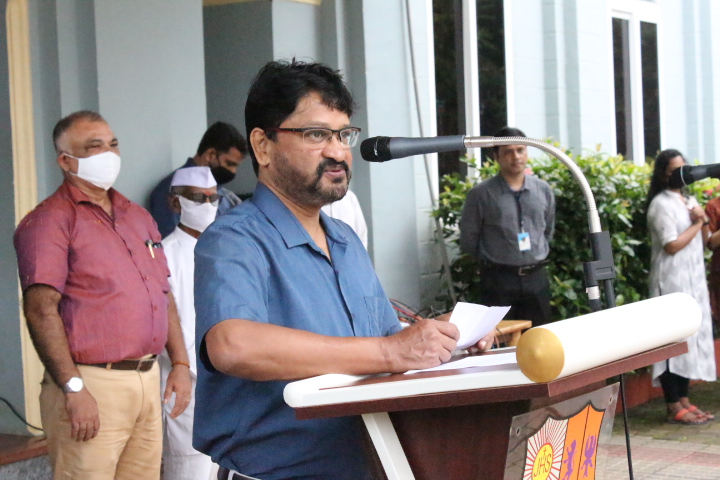 Dr Ratan T Mohunta, HoD of English and Director of the Students' Council expressed sentiments of gratitude to all who had been responsible for the success of the solemn event.
Mr Anup Veigas compered the event efficiently. 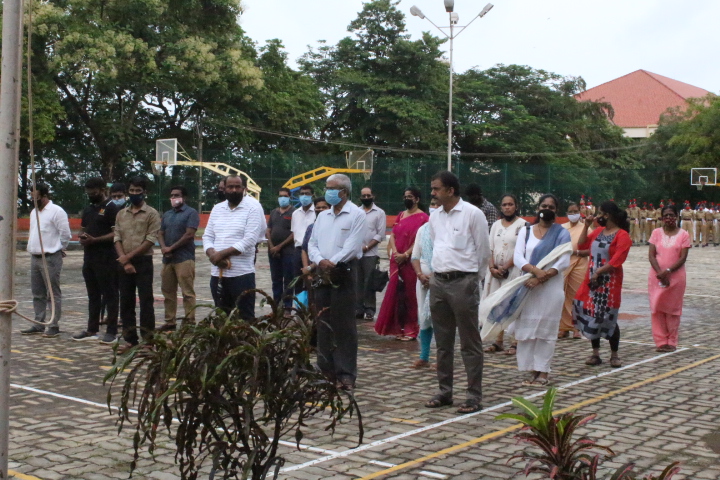 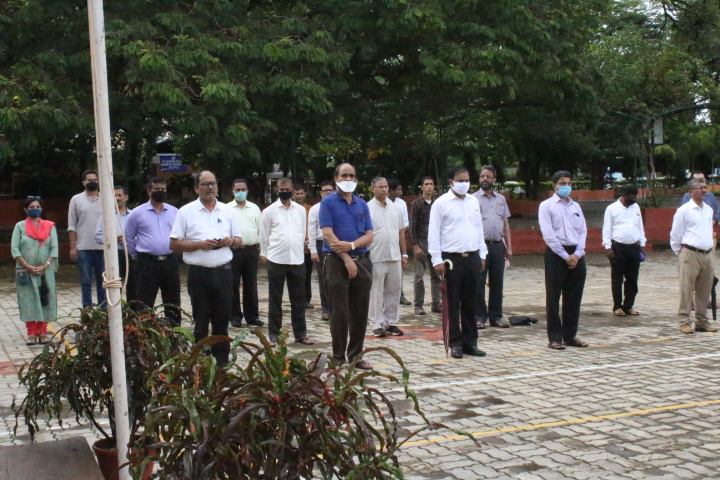 Directors of different blocks, Controller of Examination, Deans, Heads of departments, members of the faculty and students witnessed the solemn ceremony. Samosa Ajja was the special invitee to the event. Sweets were distributed to all who attended the event.