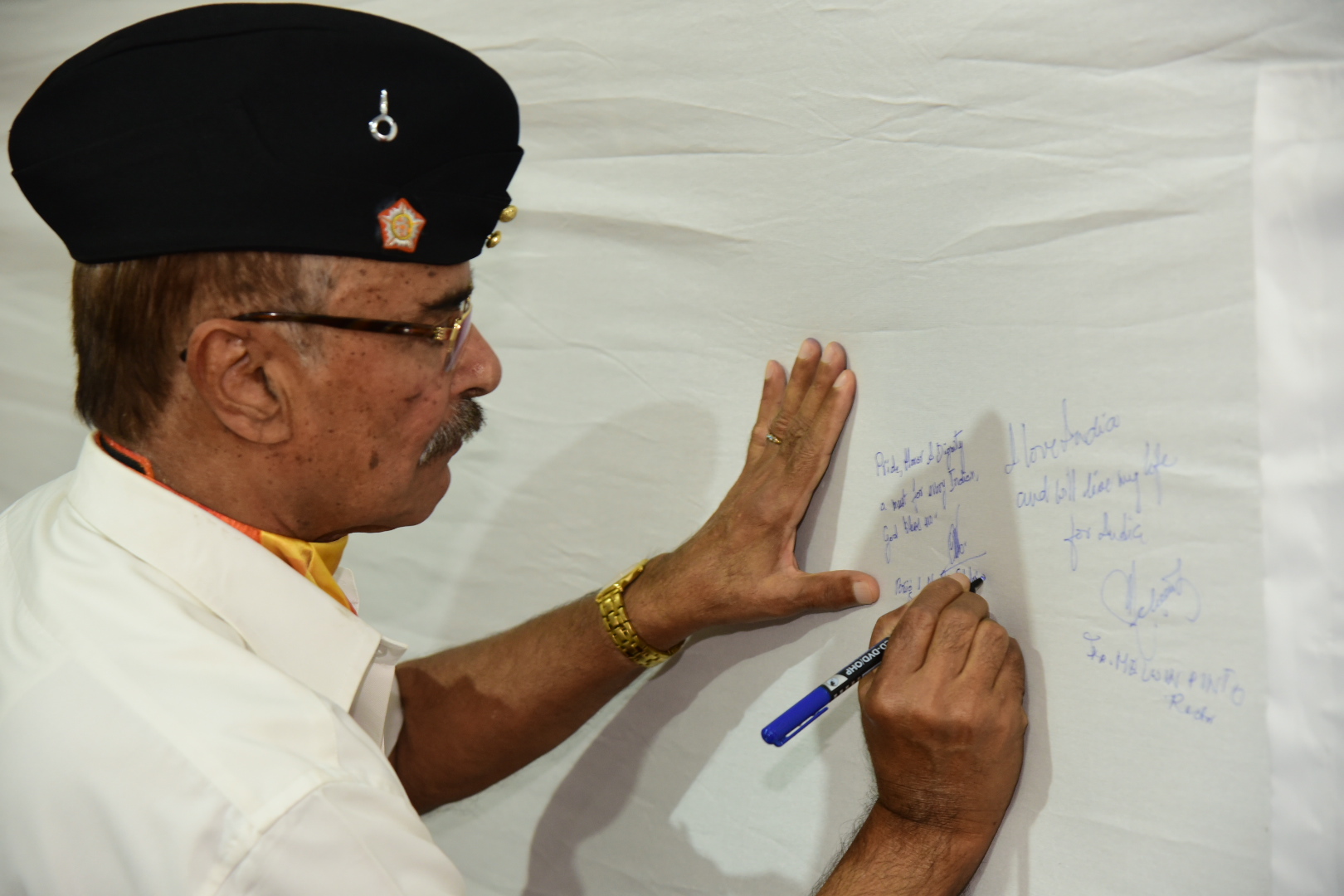 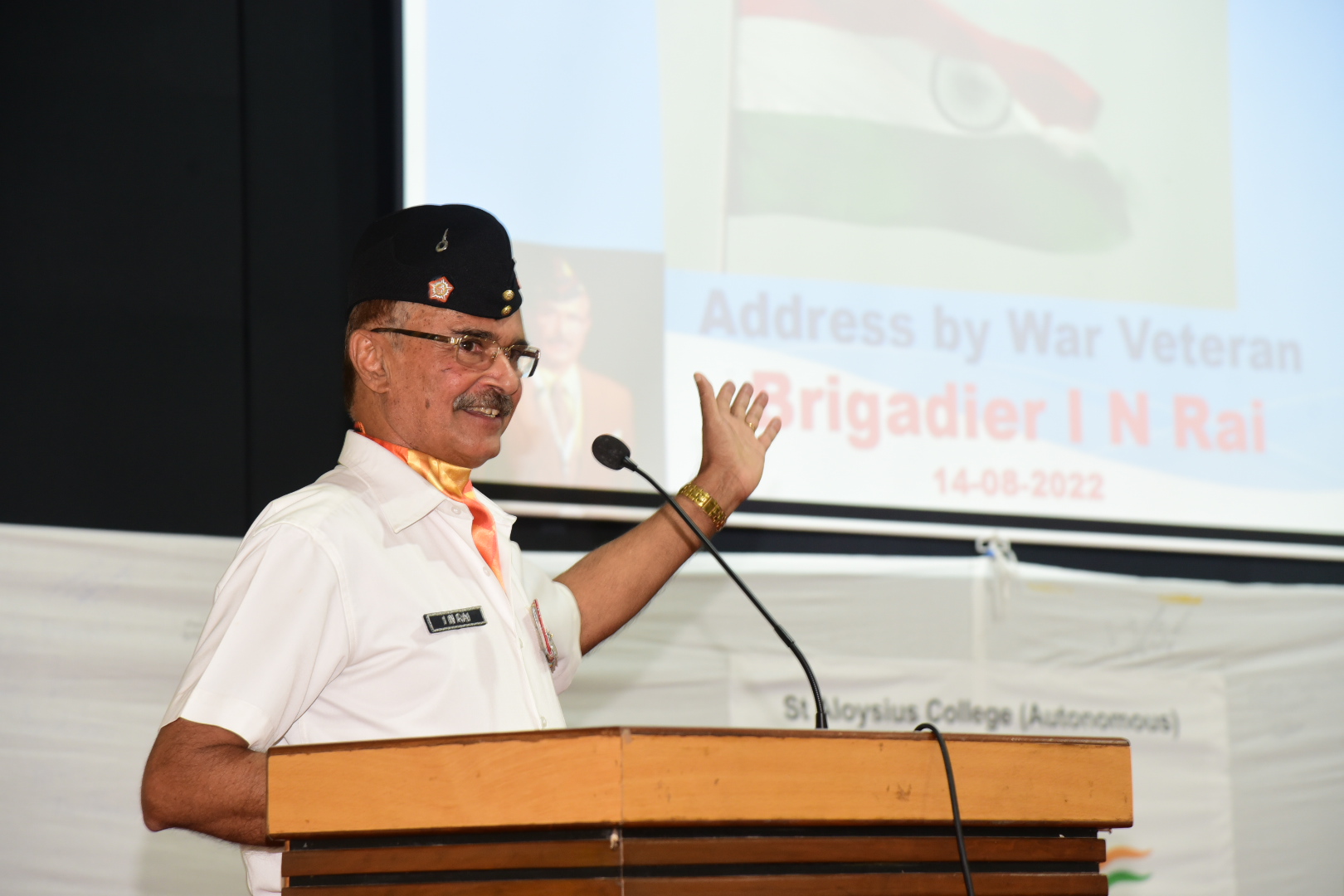 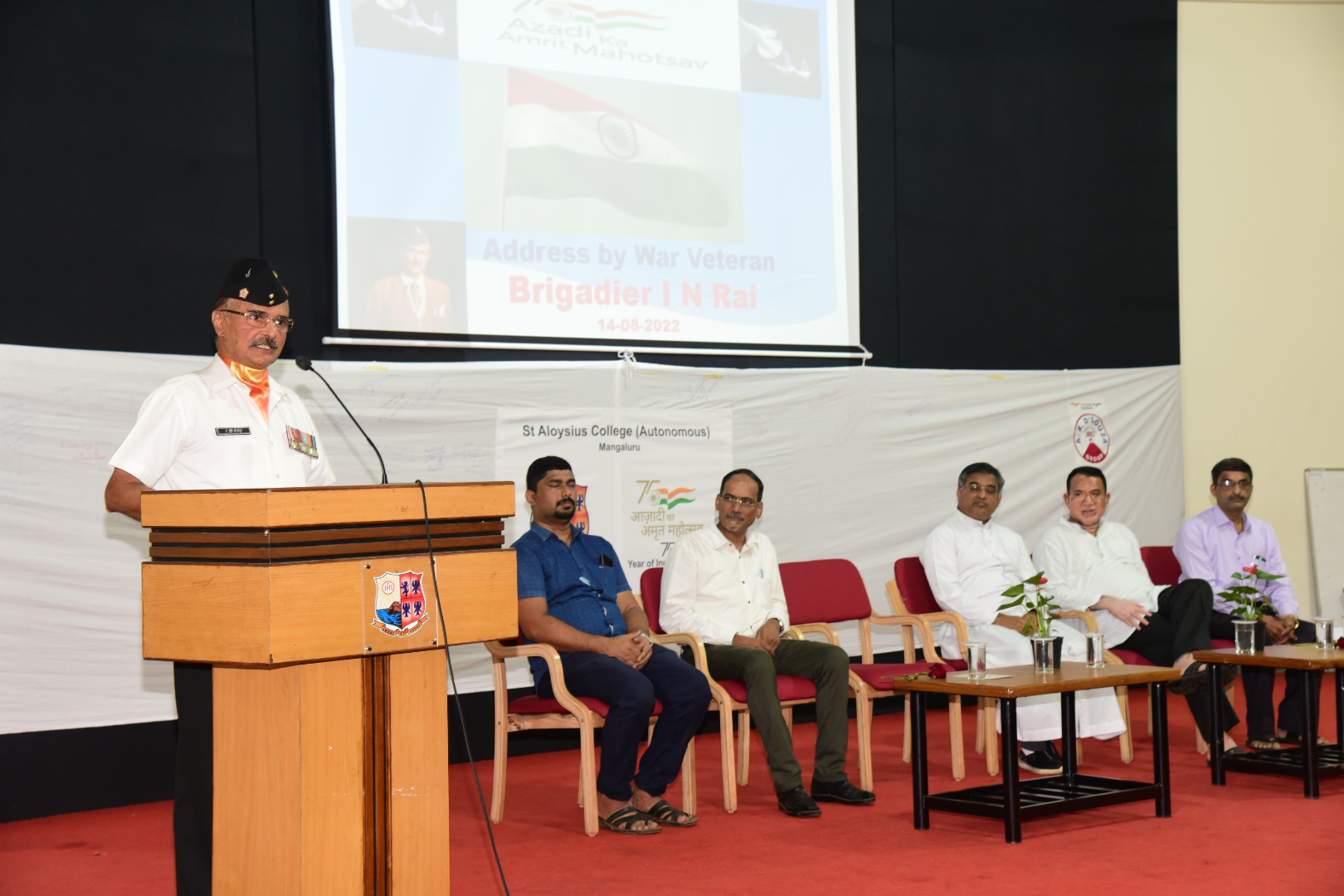 Brigedier I.N. Rai, the proud alumnus of the College was the Chief guest. He shared his horrific war experiences to a large students group and staff members of the College. He narrated the Indo Pakistan War of 1971 which led to decisive victory of India over Pakistan and resulted in the break up of Pakistan into Bangladesh. He narrated it as bloodiest battle and on Dec. 11th, 1971 his regiment lost3 officers and 48 brave soliders. 82 men were injured. But he expressed his love for the nation stating that finally Pakistanies left the post and  ran away leaving behind their casualties.

Further he narrated his war experiences against NAGA guerillas and against LTTE. He inspired the young students to serve the nation by joining the Indian army. 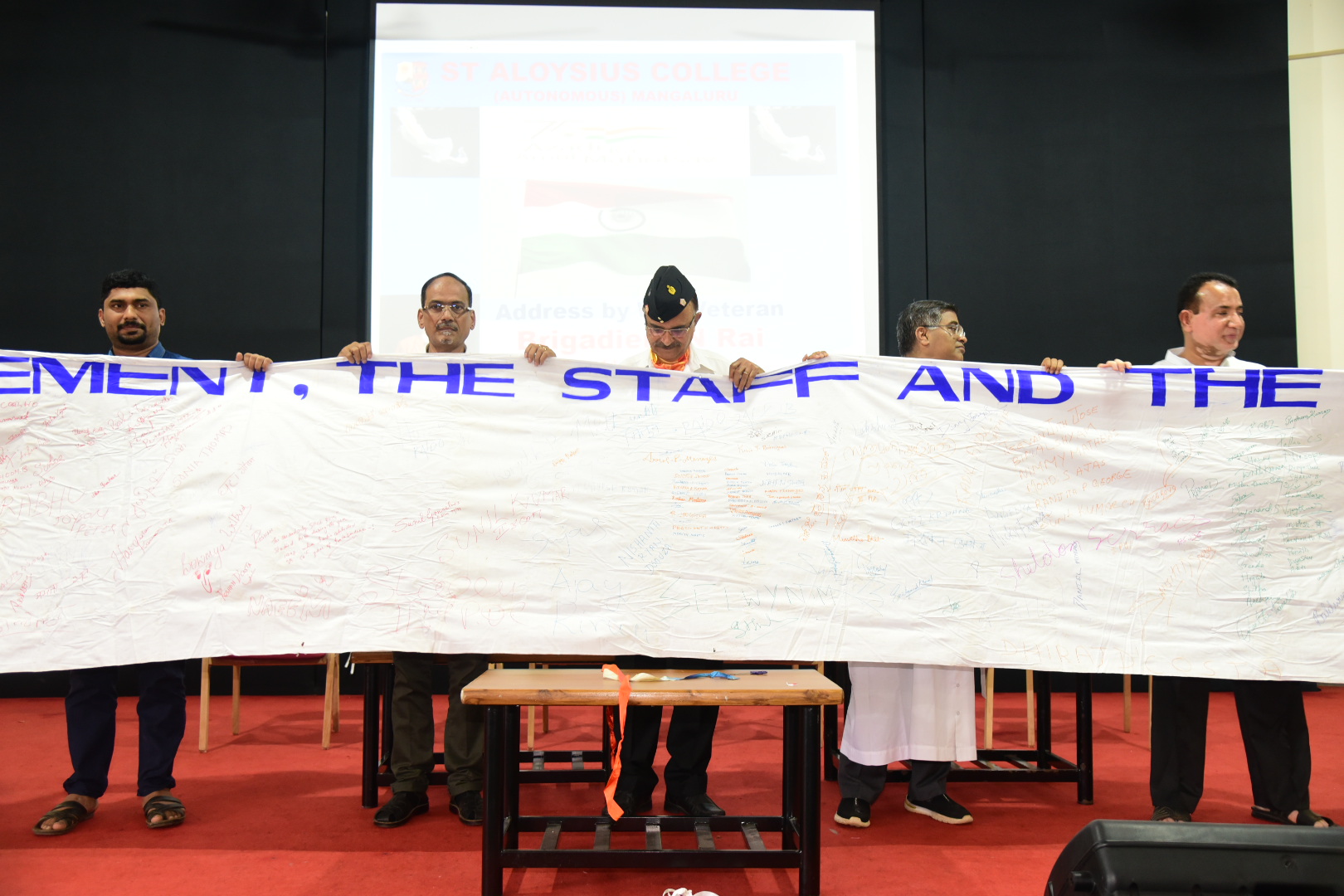 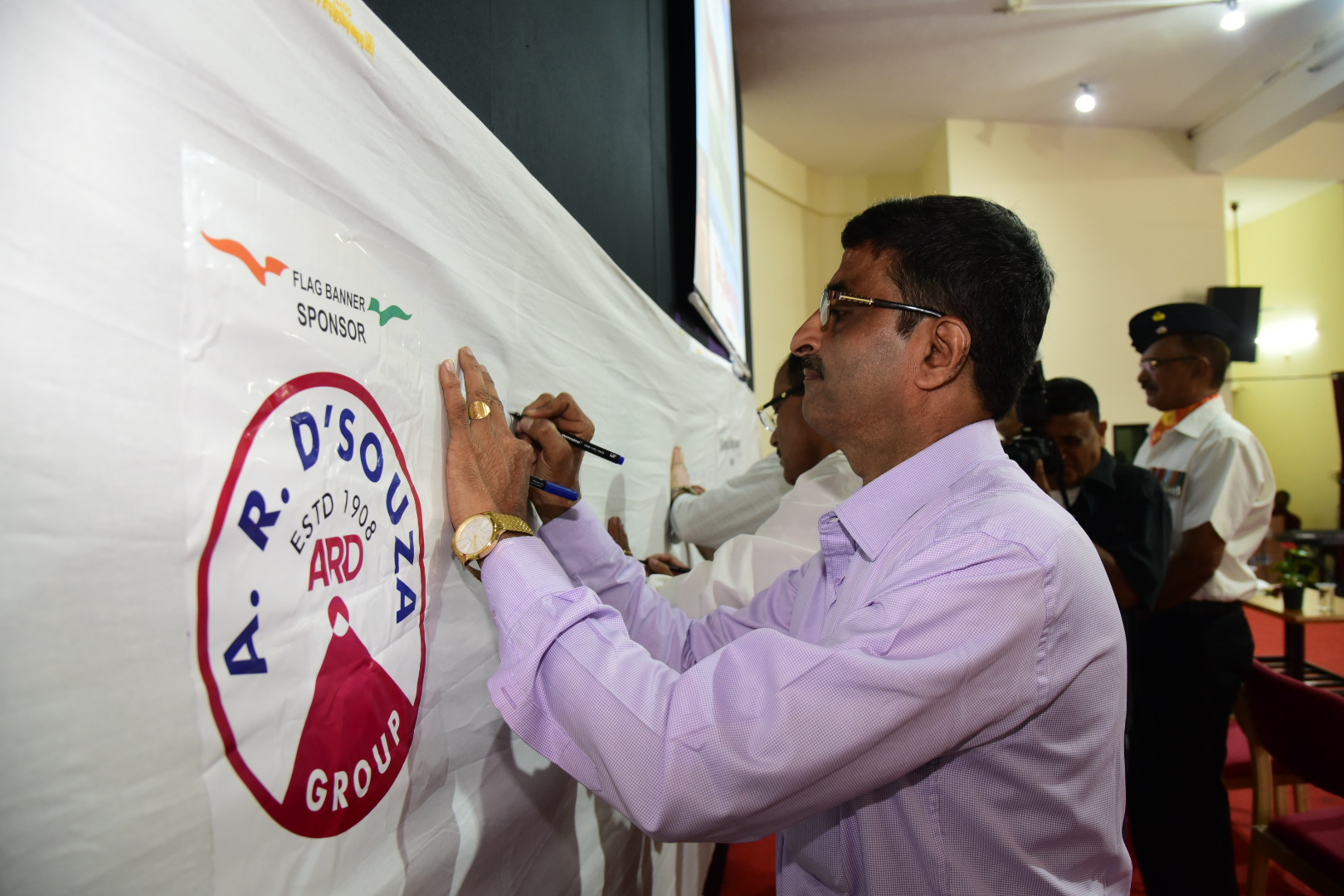 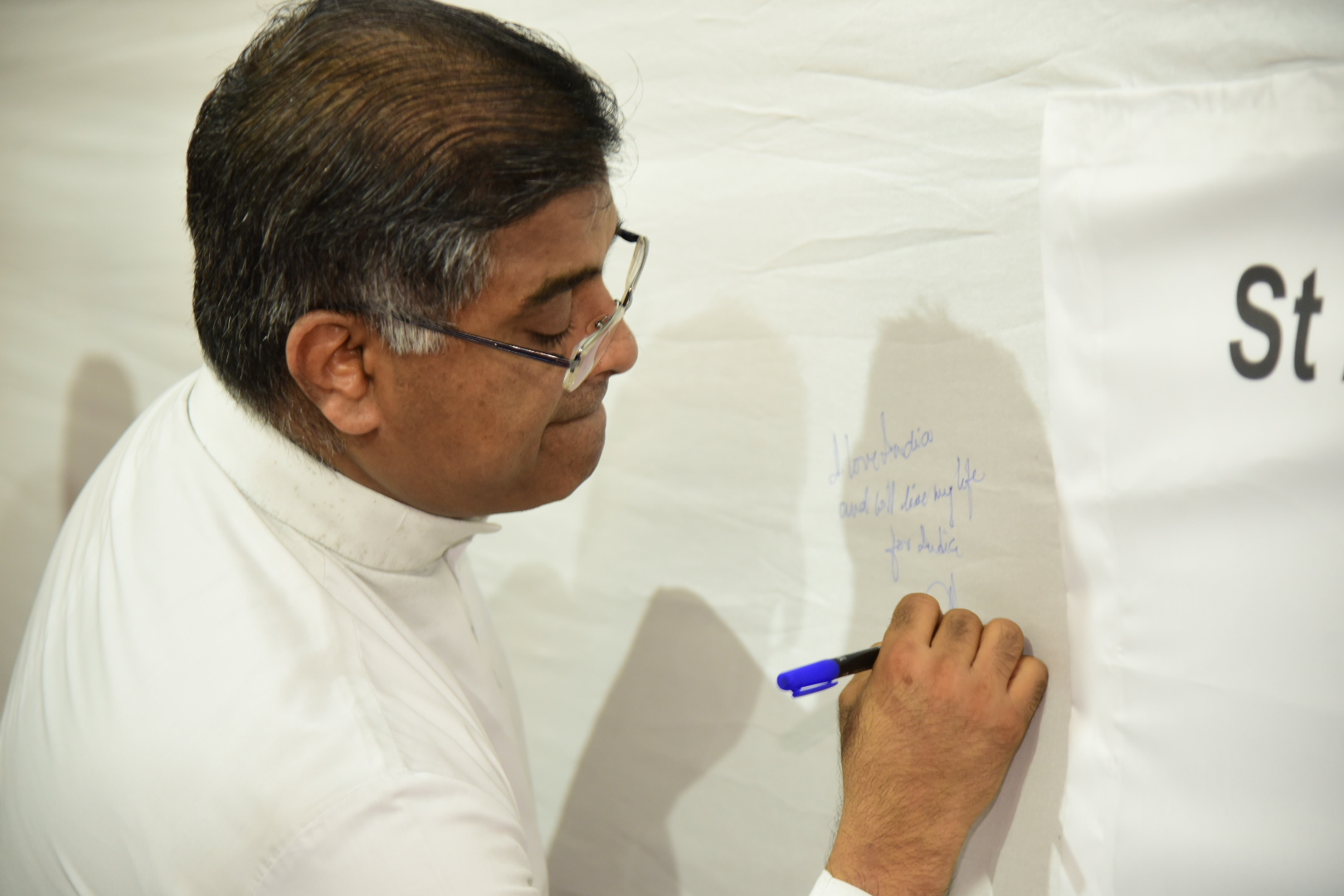 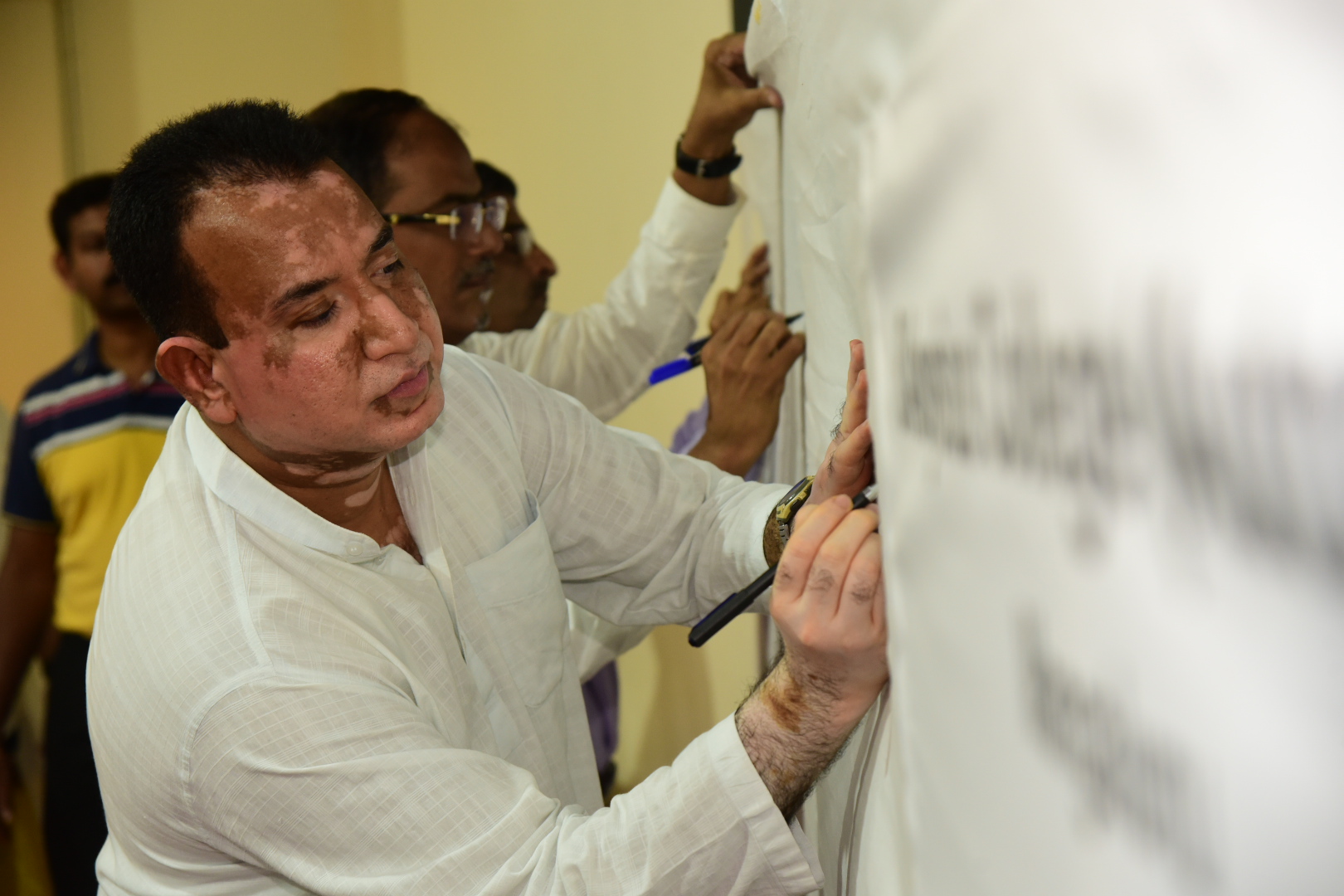 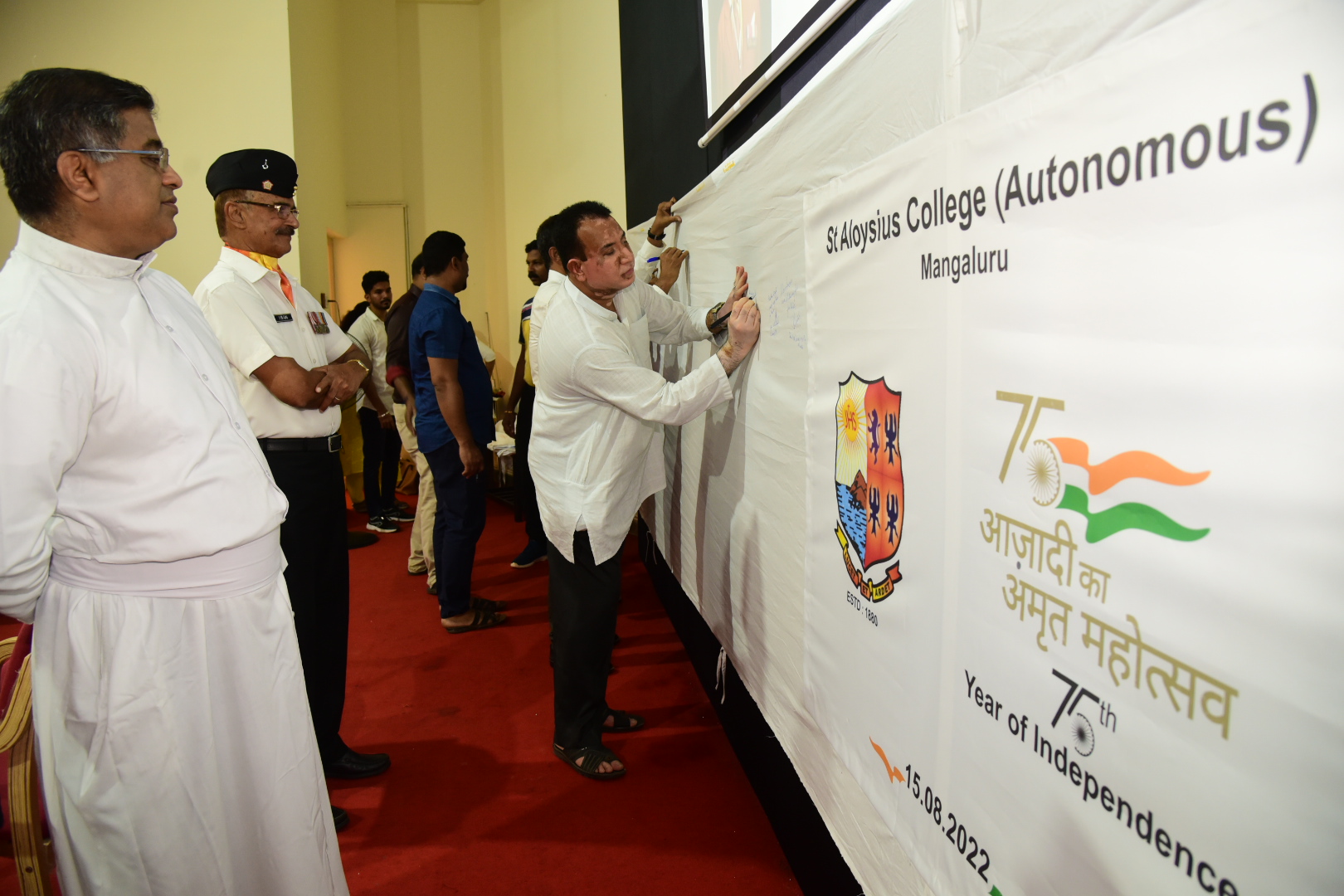 The programme also witnessed the opening up of the 100 ft cloth capsule which was signed by all the members of the management, Rector, Principal, staff members and students of the College during the golden jubilee celebrations of Indipendence 25 years back which was preserved in College Museum. To continue with the tradition, a new cloth capsule of 100 ft length sponsored by Mr Terrance Dsouza, proprietor of A R Dsouza group of cloth industries, Mangaluru was signed by the Chief Guest, Fr Rector, Principal, students of the College and teaching and non-teaching members of the staff. This capsule will be next opened during Centenary Celebrations of Independence. 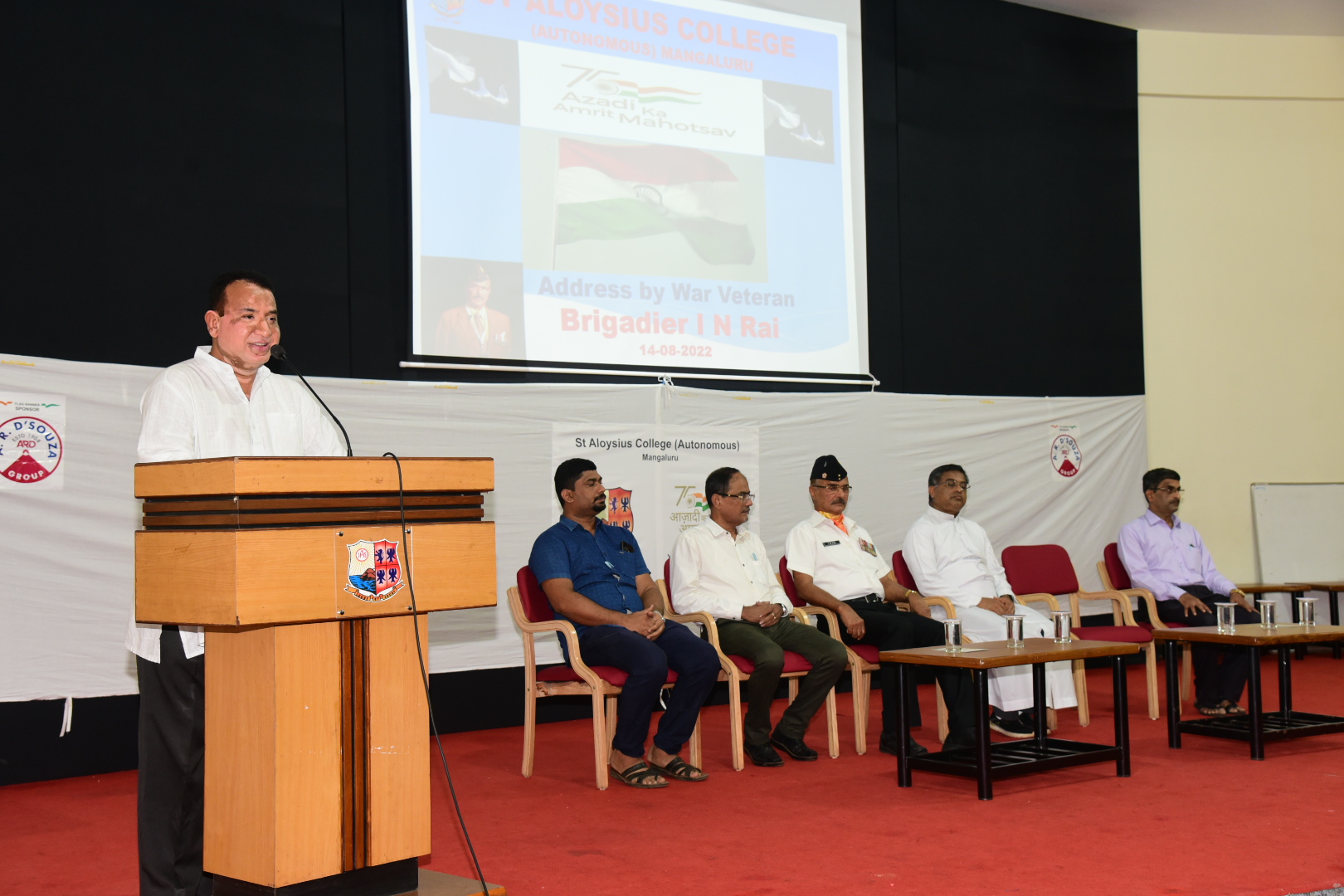 Rev. Dr Praveen Martis, SJ, Principal of the College explained the significance of the Azadi Ka Amrit Mahotsav programme and welcomed all the dignitaries present. He added students need to serve the nation with clear vision in their life achieving higher goals. 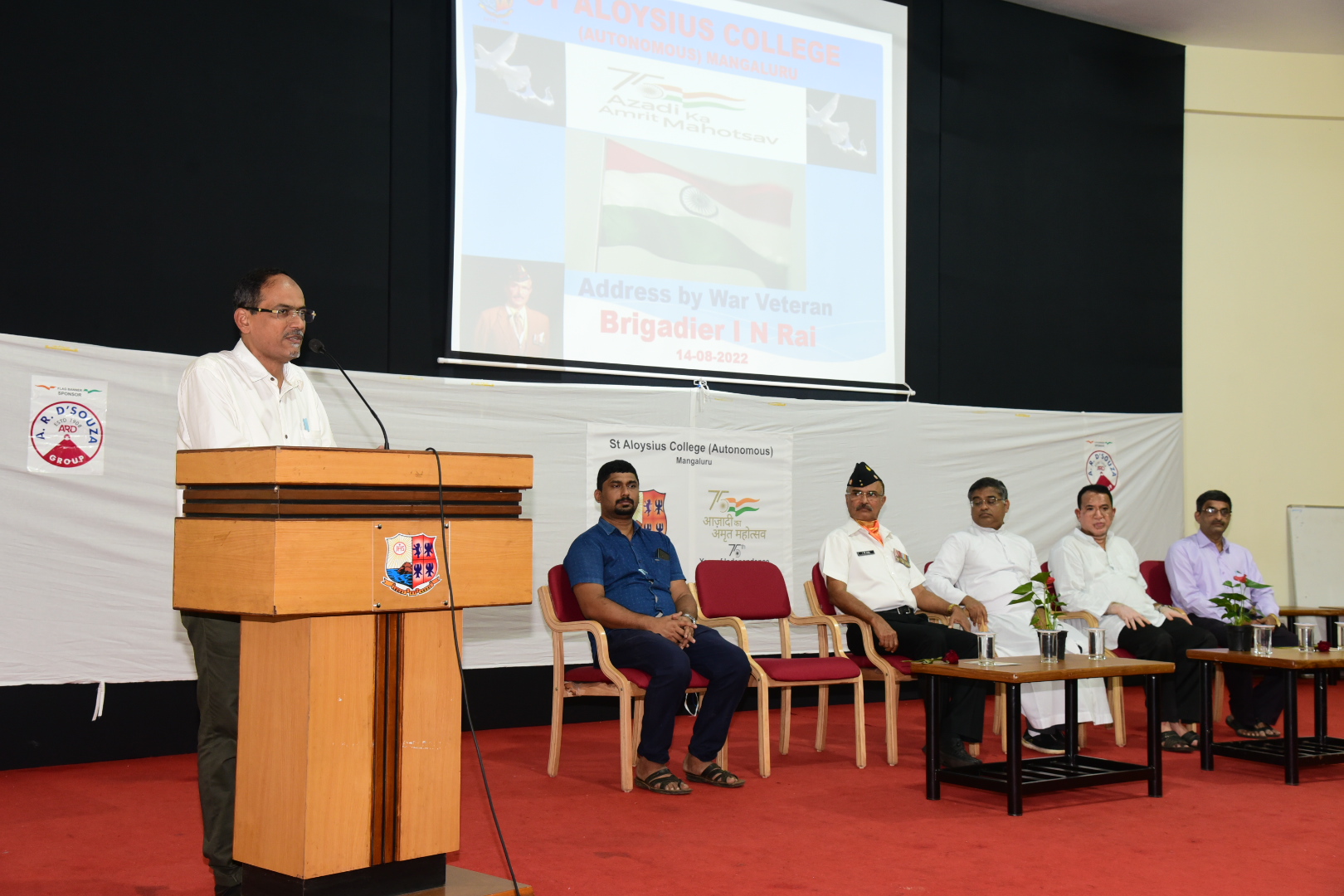 Registrar, Dr Alwyn D’Sa through his speech highlighted the true patriotic feeling behind signing and preserving cloth capsule of 100 ft for next 25 years to mark Azadi Ka Amrit Mahotsav. 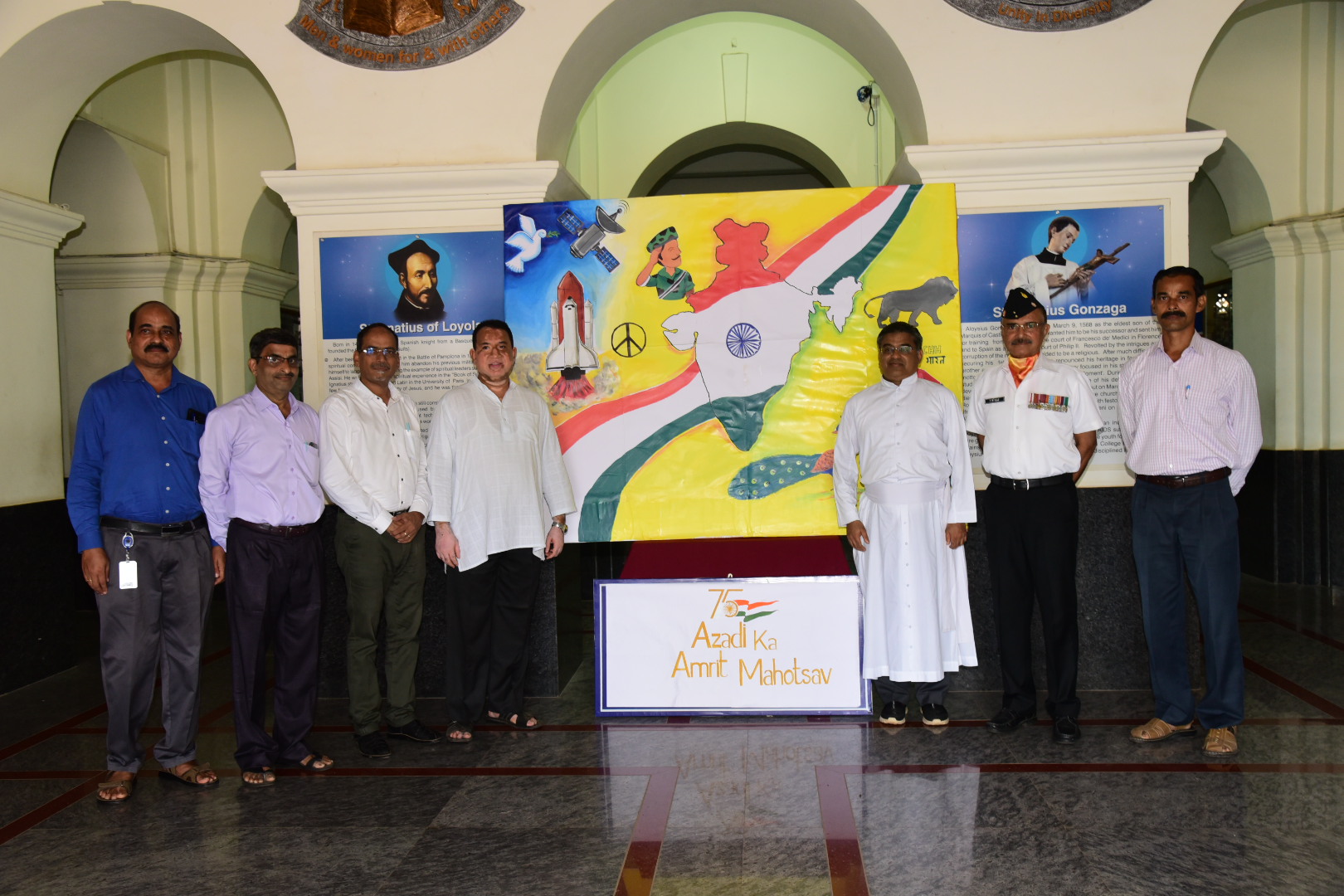 President of the programme, Rev. Fr Melwin Pinto, SJ, the Rector of St Aloysius Institutions, through  his message conveyed that discipline in  young age is necessary to channalise the vision and this will bring focused action plans. He expressed his respect to Brigedier I N Rai for his brave service in Indian Army and mentioned he is a great inspiration to young students to serve the nation in their own field of expertise. 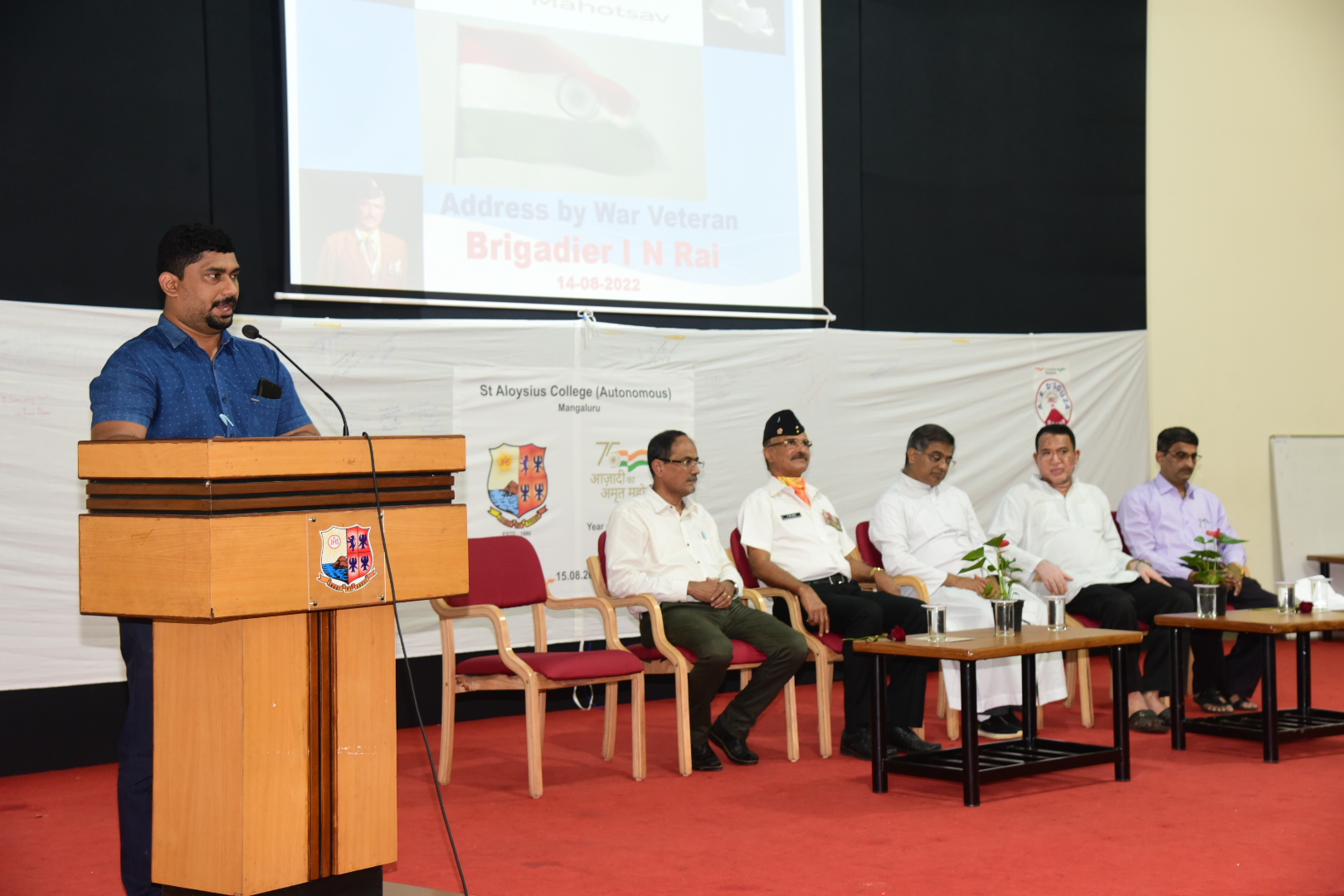 Dr Ishwara Bhat, dean of student Welfare and Nodal Officer of the programme, presented the vote of thanks. Ms Leisha Pereira compered the programme meticulously.

Patriotic songs were sung by the College Students after the formal programme.