The Undergraduate and Postgraduate departments of Chemistry Organized a International Webinar on ‘Water Splitting Catalyst for Green Hydrogen Energy’ On December 2, 2020 via online platform. 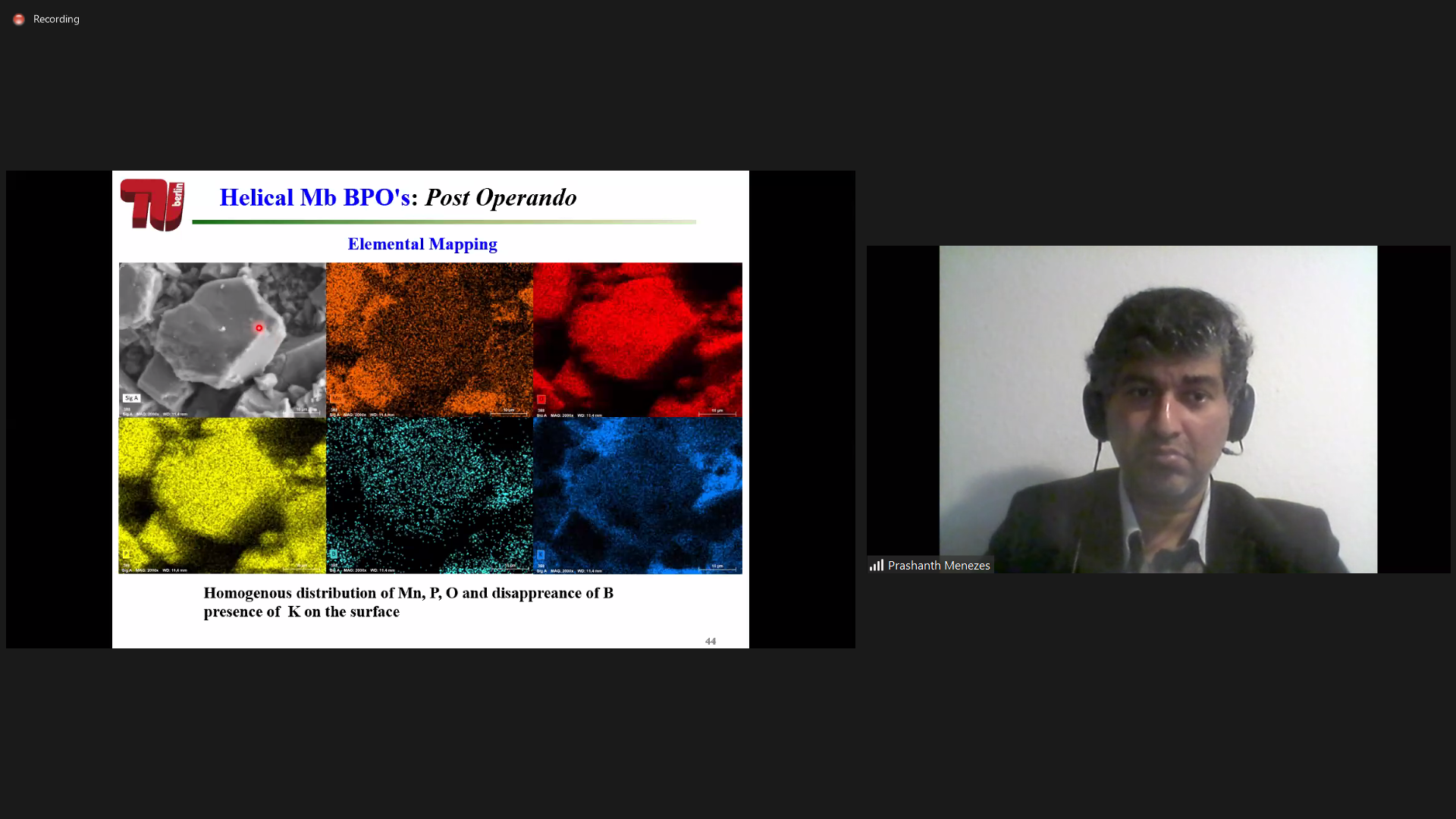 The Webinar began with a prayer, followed by welcome note by Jyothi Vaz, Assistant Professor, department of Chemistry, Crystal Menezes, the Coordinator introduced the Guest Speaker Dr Prashanth Menezes.
Addressing the participants Rev Dr Praveen Martis SJ said, “I compliment the department of Chemistry for their great efforts in organizing such national and international Webinars, which have received tremendous response. Many more attempts like this will boost students to take up Chemistry and also explore in the field of research”.

Dr Prashanth Menezes began the talk by congratulating the department of Chemistry for such initiatives. He spoke about the basics of Photocatalytic water splitting as an artificial photosynthesis process with photo catalysis in a photo electrochemical used for the dissociation of water into its constituent parts like hydrogen and oxygen, using either artificial or natural light. 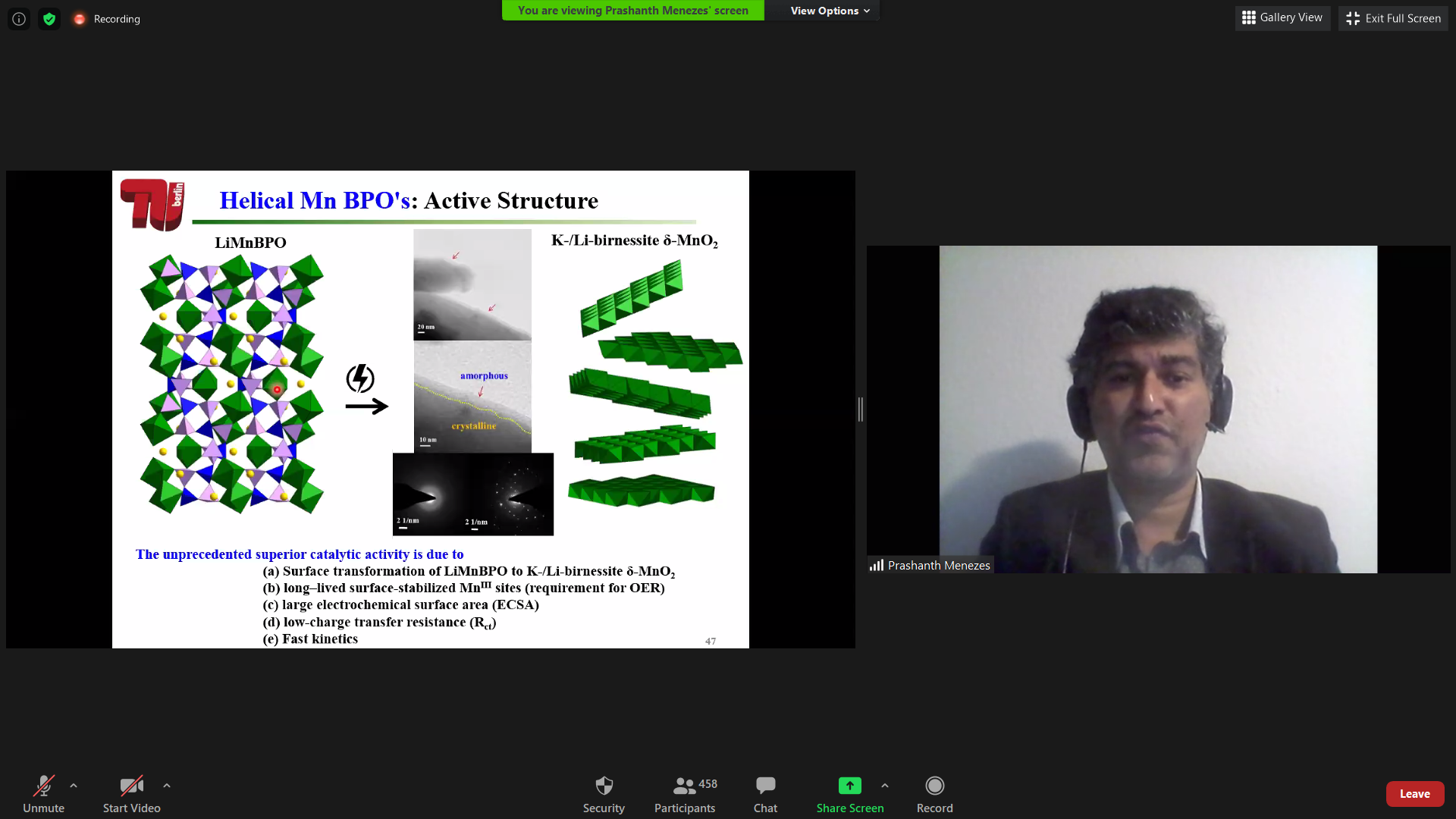 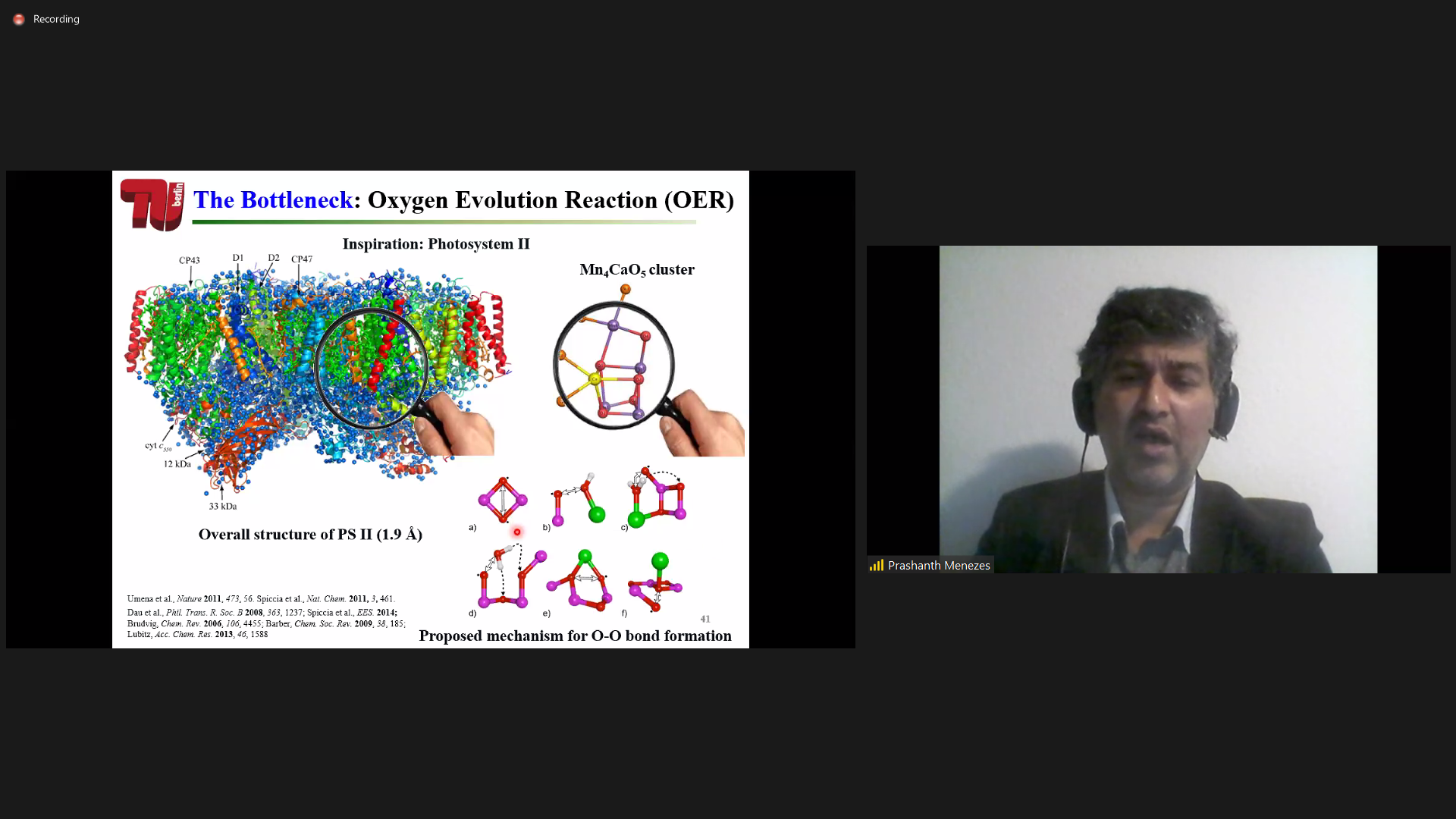 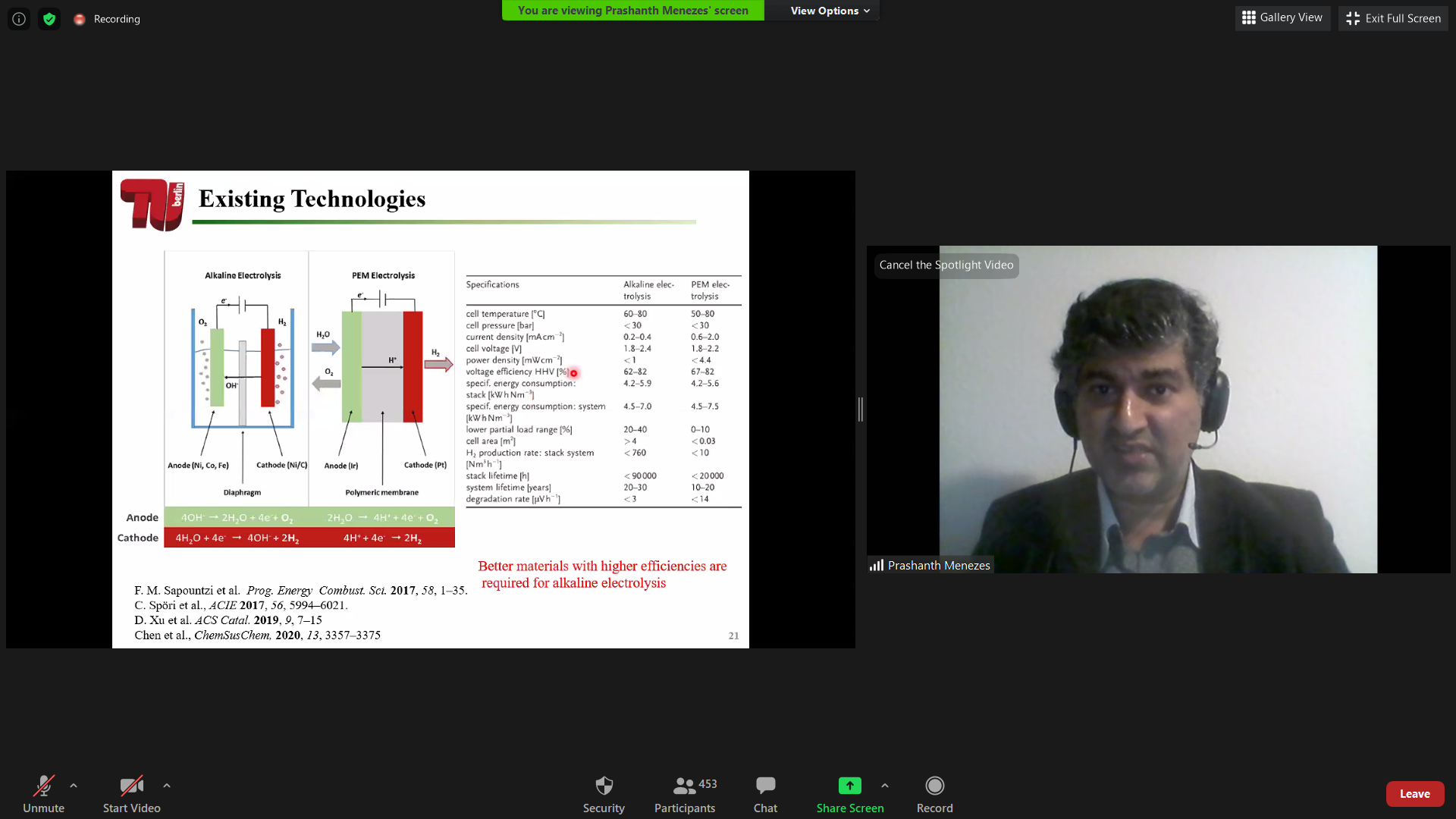 Further he also said that Hydrogen fuel production has gained increased attention as public understanding of global warming has grown. Methods such as photocatalytic water splitting are being investigated to produce hydrogen, a clean-burning fuel. Water splitting holds particular promise since it utilizes water, an inexpensive renewable resource. Photocatalytic water splitting has the simplicity of using a catalyst and sunlight to produce hydrogen out of water.
The webinar concluded with the discussion followed by thanking note by Jeesu George, Assistant Professor Department of Chemistry. Rachael Natasha Mary from Department of Chemistry compered the event.
About 450 Participants actively took part in the webinar.