'Walk the Talk' with the former cricketer, Mr A Raghurama Bhat

It was a great chance for Aloysians to feel nostalgic with memories of Indian cricket as they got a golden opportunity to interact with Mr A Raghuram Bhat, former India International Left-Arm Leg Spin Bowler and stalwart of Indian domestic cricket. He was addressing the cricket lovers in an unique event called ‘Walk the Talk’ organised by the Department of Physical Education of St Aloysius College, (Autonomous) Mangaluru at Fr Joseph Willy hall on 7th September 2021. 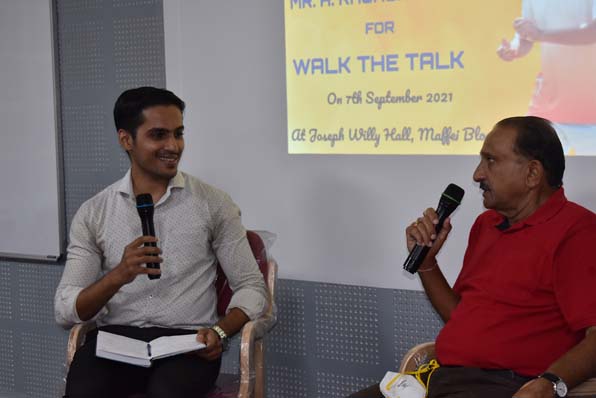 Referring to the very famous incident of his career involving cricket legend Sunil Gavaskar, Mr Bhat said “It was the final day of the Ranaji trophy semi-final between Bombay and Karnataka in 1981 -82 season. I flattened Bombay with my left-arm spin, taking 13 wickets in that match. In the second innings Bombay was reeling again and on the verge of an innings defeat. Gavaskar came to bat at No 7, presumably saving himself for later. As I was turning the ball away from the right handed batsman Sunil Gavaskar decided to become a left-hand batsman to negate my spin. He played around an hour and scored 18 not out. More than 30,000 spectators at the Chinnaswamy Stadium were amazed. I tried all my tricks, but in vain. Technically they drew the match, but we progressed to the final on the basis of their first innings lead. After the match, I said to him, ‘Hats off, sir.’ He patted my back and walked off. That was enough for me.” 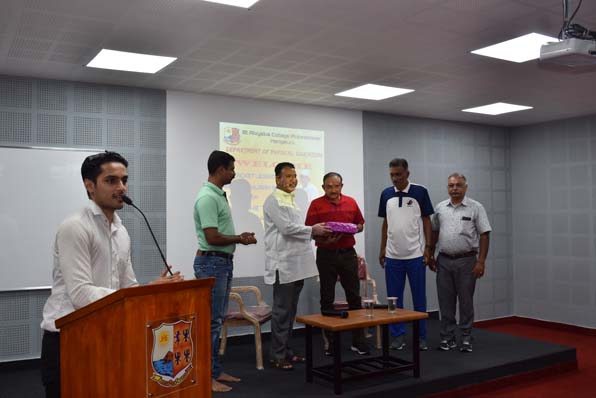 Mr Bhat fondly remembered Pakistani legend Javed Miandad as his first wicket for India. Responding to the questions shot at him, he addressed  many happening issues in cricket like relevance of sledging, battle for survival of test matches, influence of big money bags on IPL players, difficulties of small town/district cricketers, rise of women cricket, and importance of mental health of cricketers in the era of bio bubbles. It was an enthralling experience for the audience, interacting with their cricketing icon of South Canara District. Being a product of St Joseph’s College Bangalore he was proud of his alma mater, and happy to acquaint himself with Jesuit Institutions. 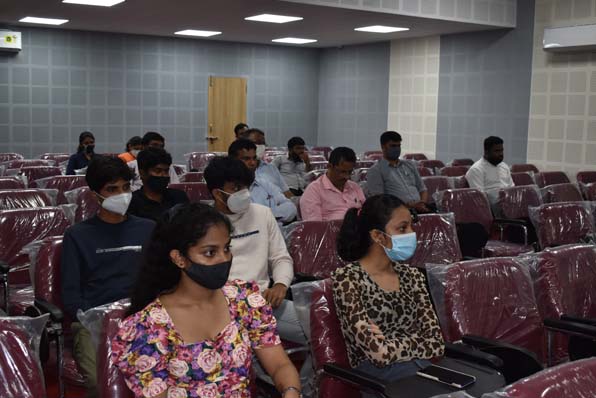 Mr Donnet D’Souza, the physical director of the college welcomed the gathering. Rev Dr Praveen Martis SJ, the Principal of the college appreciated the efforts of Mr Raghuram Bhat and emphasised on the support for sports and games at St Aloysius campus. Mr Arun Dsouza, expressed gratitude to all cricket lovers for making the program a success. Mr Samuel Jayaraj Muthu, the initial District coach of current Indian Cricket opener and a proud Aloysian KL Rahul, was gracing the occasion. Mr Manoj Fernandes was the moderator for the session & conducted the proceedings of the program.

The YouTube link of the program is here below:
https://www.youtube.com/watch?v=RNRQS00CldU&t=952s