The star student awards for physical sciences was held on 19th February,2020 at L F Rasquinha hall, LCRI block, St Aloysius College (Autonomous) between 2:30 to 4:30 PM. This programme was sponsored by DBT under Star college scheme. 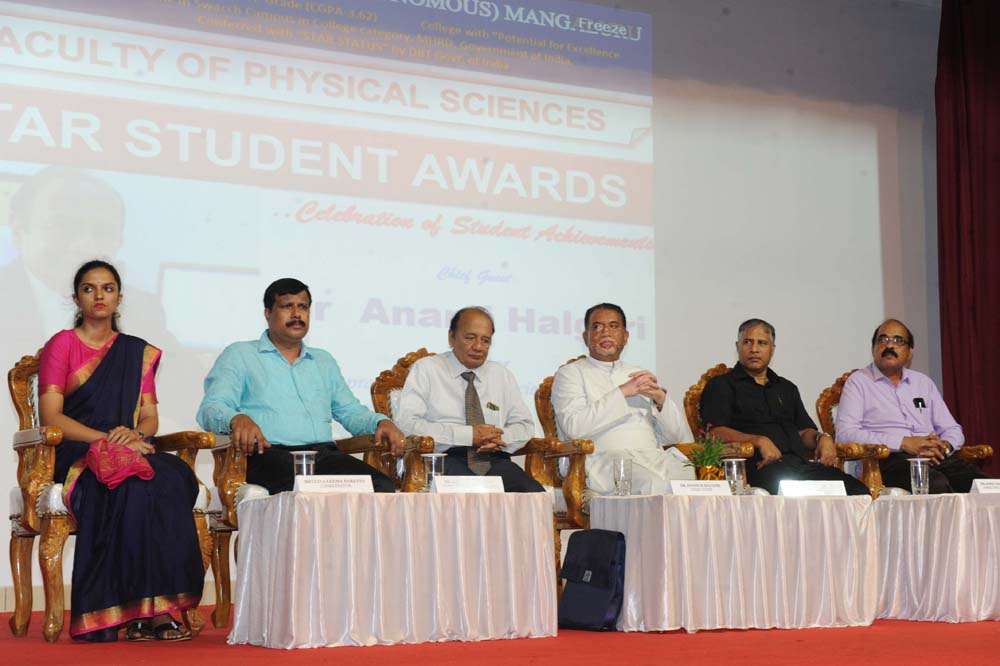 The chief guest for the programme was Dr Anand B. Halgeri, Director, Poornaprajna Institute of Scientific Research, Bangalore. The programme was presided over by Principal of St Aloysius College, Rev.Dr Praveen Martis S J. Director of Xaviour Block - Dr John Edward DSilva, Dean of Physical Sciences- Dr Prakash Kamath, coordinator of Star College Scheme- Dr Ronald Nazareth were the dignitaries on the dais. The staff and students of UG and PG physical sciences were also present for this programme. 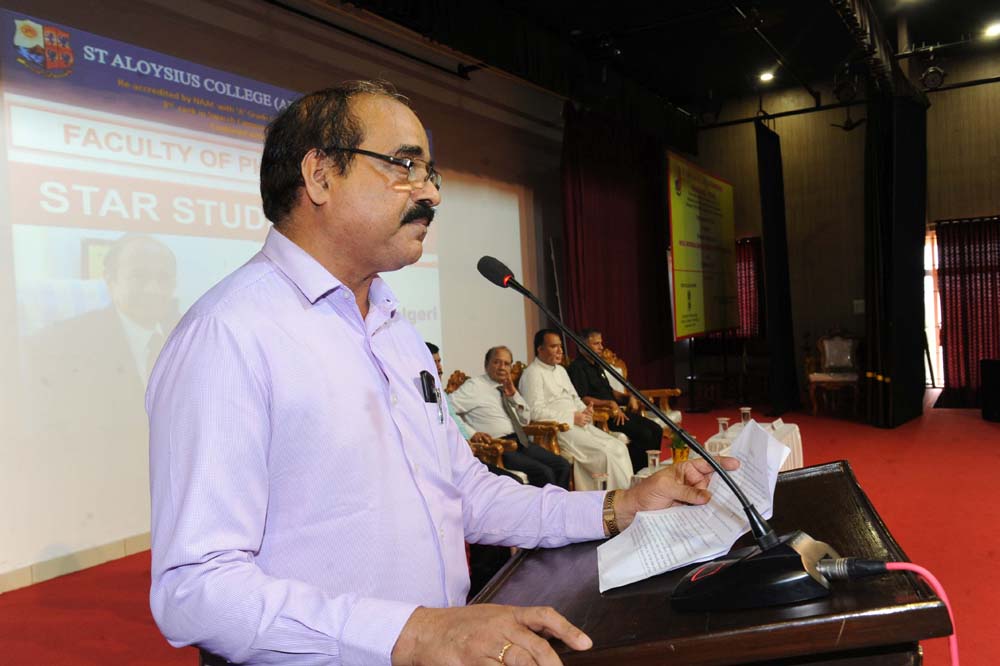 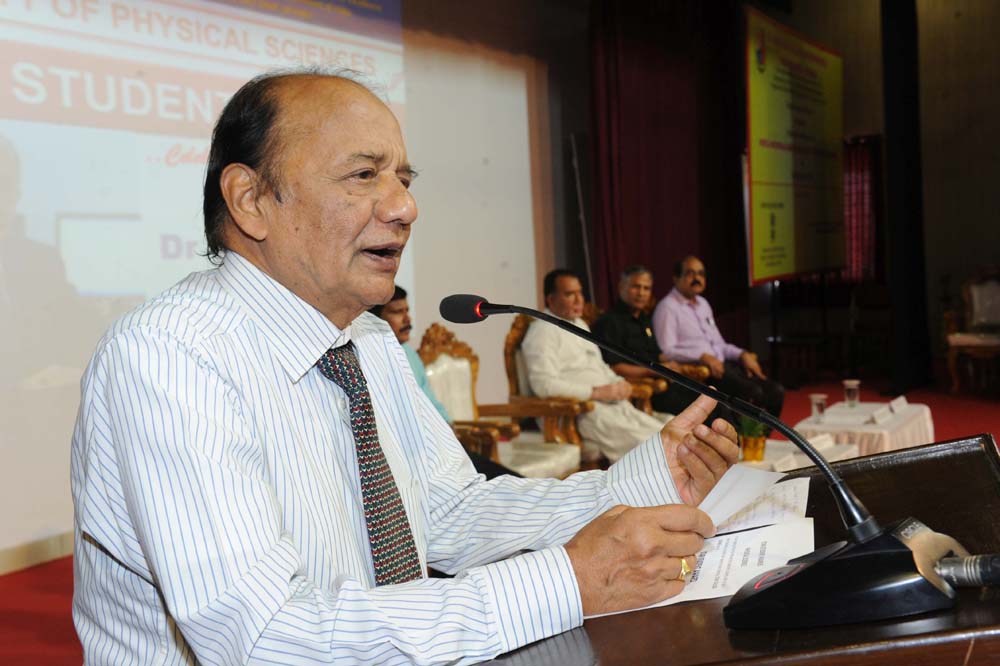 The chief guest Dr Anand Halgeri delivered the speech to the gathering on applications of basic sciences and also congratulated star students and motivated them to pursue higher. 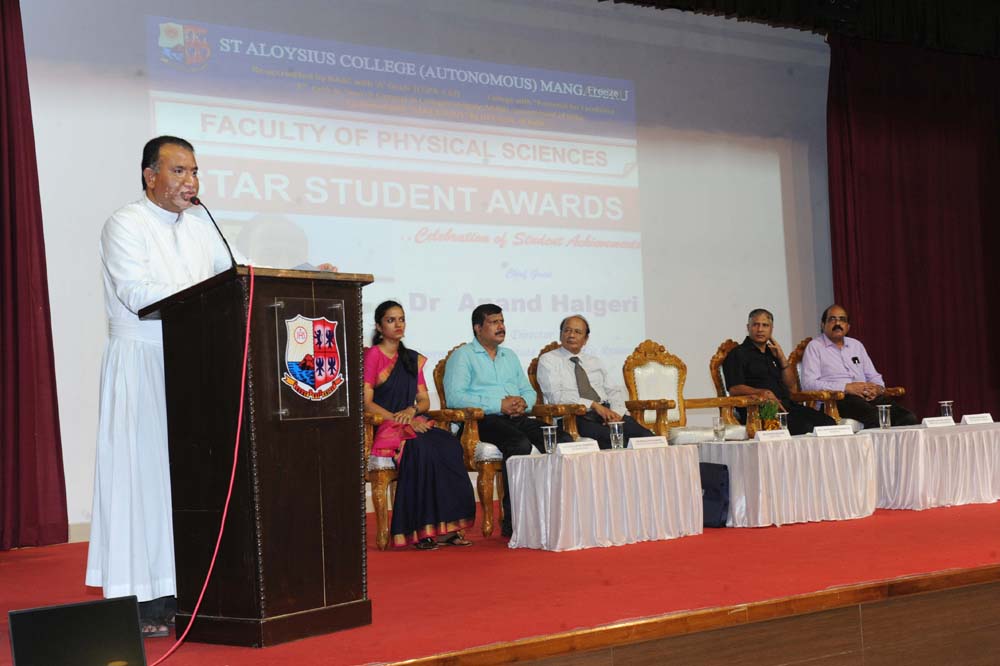 The principal of the college expressed his happiness for the students who are good at both academics as well as extracurricular activities.  He also appreciated the students for their talents with powerful quotes.

The students shared their experience and the benefits they received from Star College scheme. Deeksha III B.Sc. (PCM) said “The Star College Scheme has benefited most of us in various ways. I also extend my gratitude to the dedicated staff who constantly encouraged and motivated the potential in young minds towards the project and research under this scheme. The Star college scheme has also redesigned the laboratory practicals to meet the standard of the fast paced world. The Star awards also motivated me to learn more things and aim higher.” 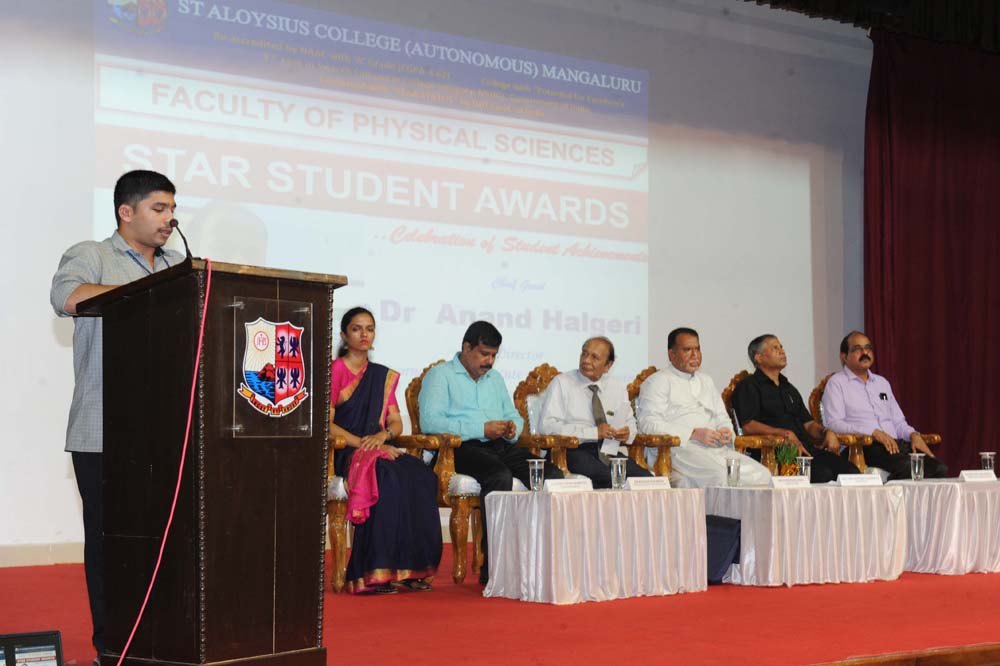 Avinash III B.Sc. (PCM) said “The star student award that I earned  today helped me to earn something beneficial from the ocean full of knowledge. Even though the scheme is from Department of Biotechnology, it has also rendered its support to various departments in conducting workshops like Physics of Toys, Endowment lectures by C.N.R. Rao, Prof. Kasthurirangan etc. These Endowment lectures inspired many of us to put forth our ideas more deep into the subjects.” 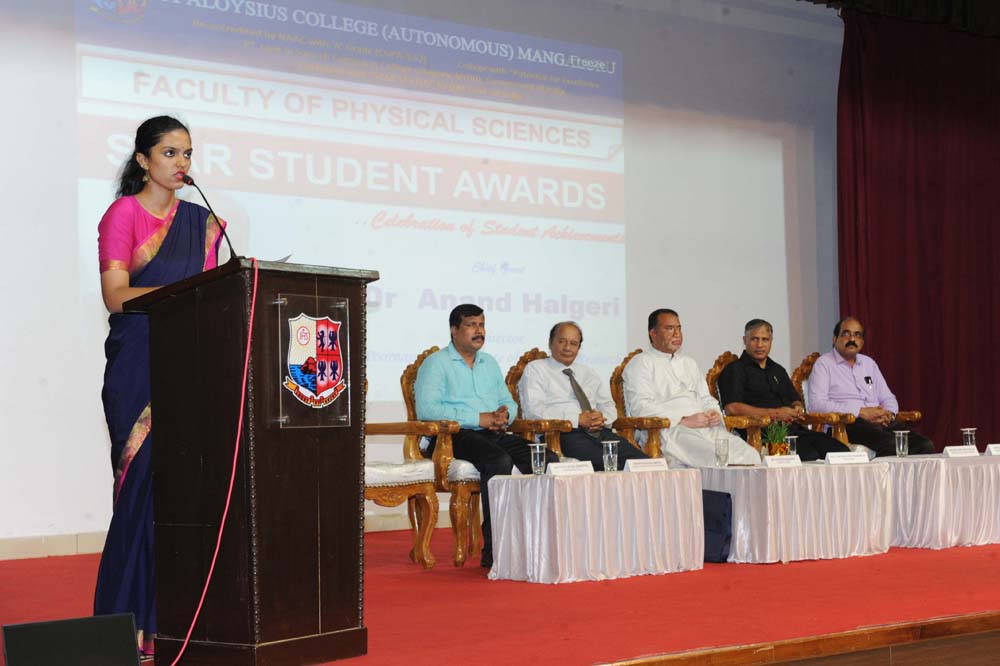 Ms. Melvita Leema Baretto, the Coordinator of Star Student Awards- Physical Science proposed the vote of thanks followed by keynote address by Dr Anand B. Halgeri on the topic Recent Developments in Nano materials, their significance and applications. It was an inspiring talk followed by an interactive session. The programme ended with college anthem from college choir and entire programme was compered by Ms. Coleen of III B.Sc.