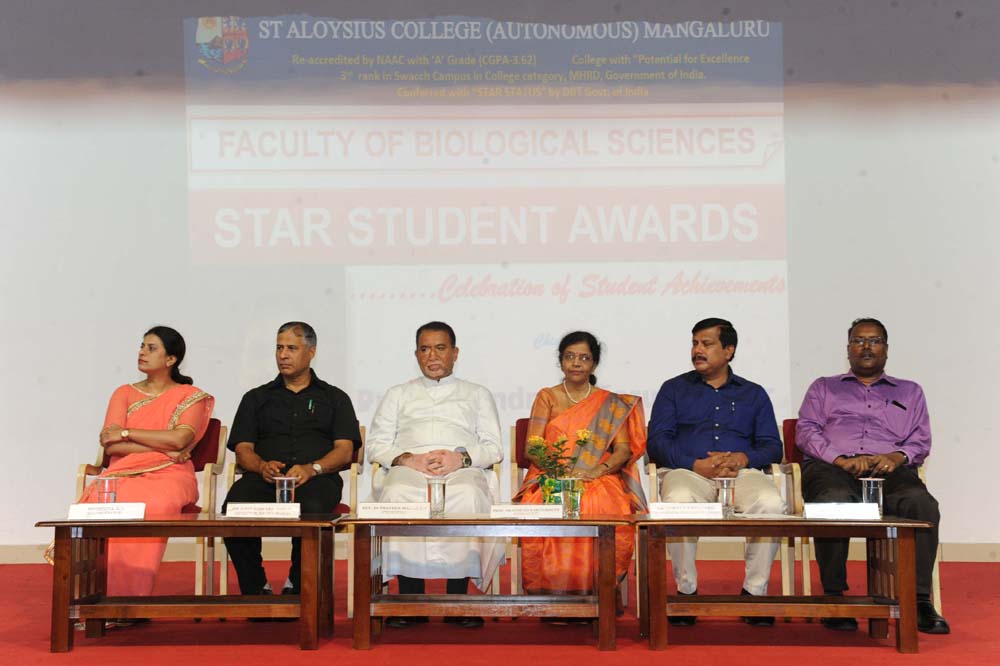 The chief guest of the programme was Prof. Dr Indrani Karunasagar, Director, Nitte (Deemed to be University). The programme was presided by Rev. Dr Praveen Martis SJ, Principal of the college. Dr John Edward D Silva, Directr of Xavier block, Mr Harsha Paul, Dean of Biological Sciences, Dr Ronald Nazarth, Co-ordinator of Star College Scheme were dignitaries on the dais. The programme was also attended by the distinguished guests, members of staff of various departments and the UG and PG students. 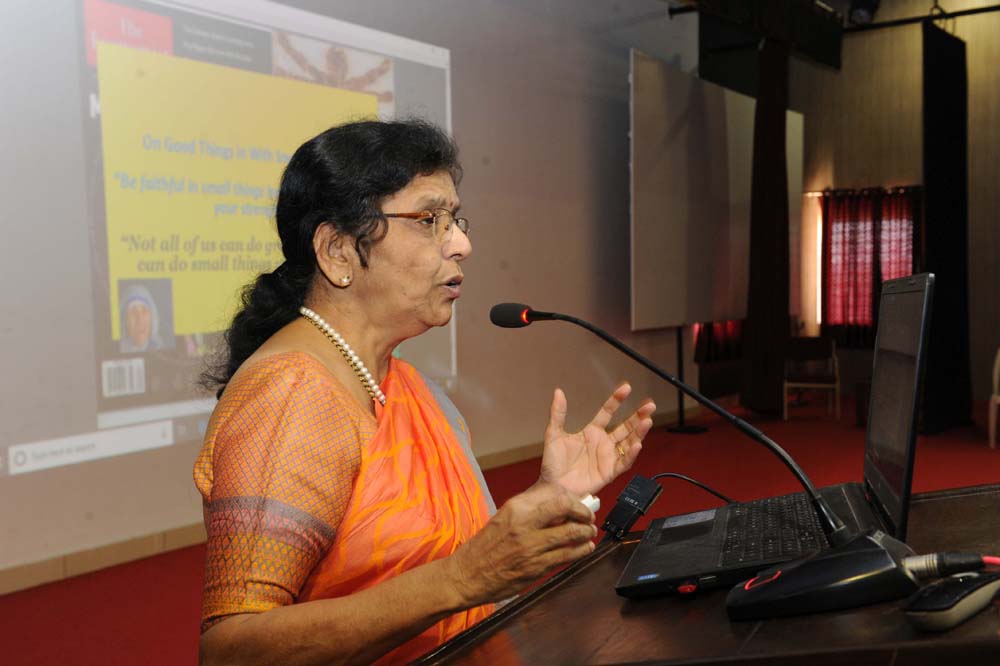 The gathering was welcomed by Mr Harsha Paul and he also introduced the chief guest of the programme. The Principal of our college expressed his happiness and he spoke on the importance of arranging such a programme. In addition, he congratulated and motivated the students for their talents. 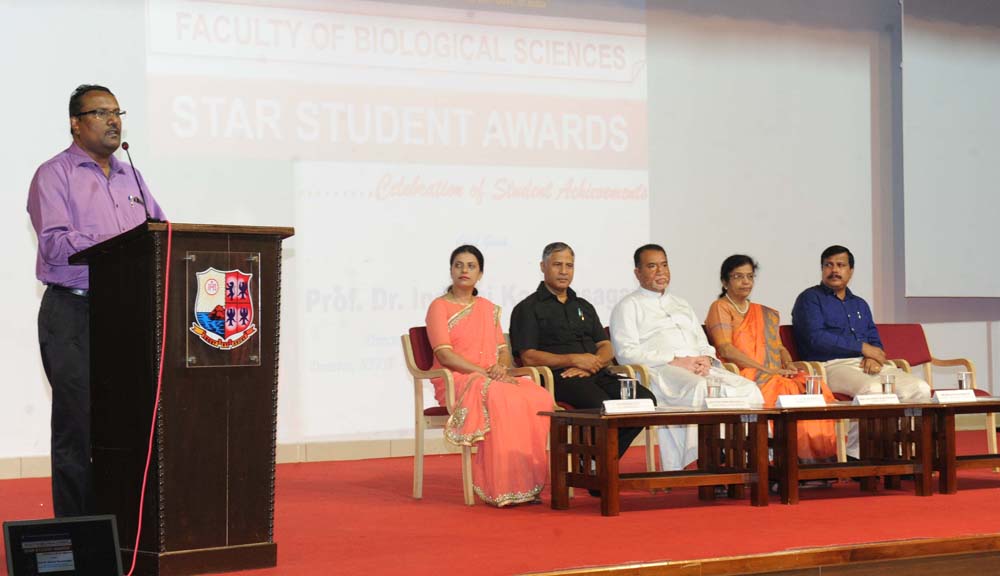 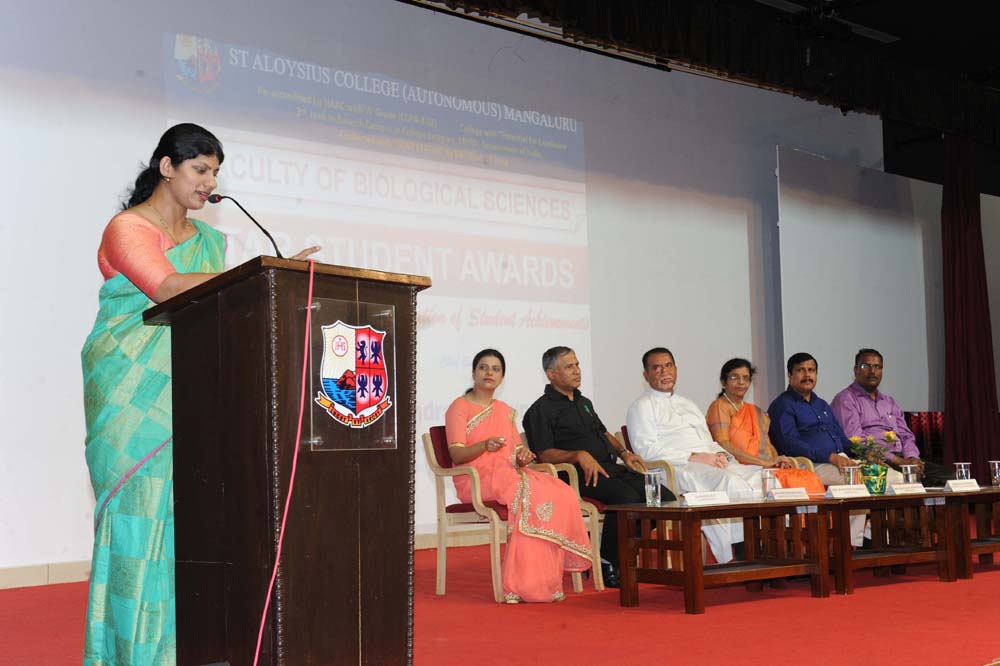 The star students who performed well in the academic during the year 2019-2020 were honoured by the chief guest, the Principal and the Director. The chief guest also delivered a valuable speech and she addressed the opportunities in sciences. She also congratulated and motivated the students in many ways. 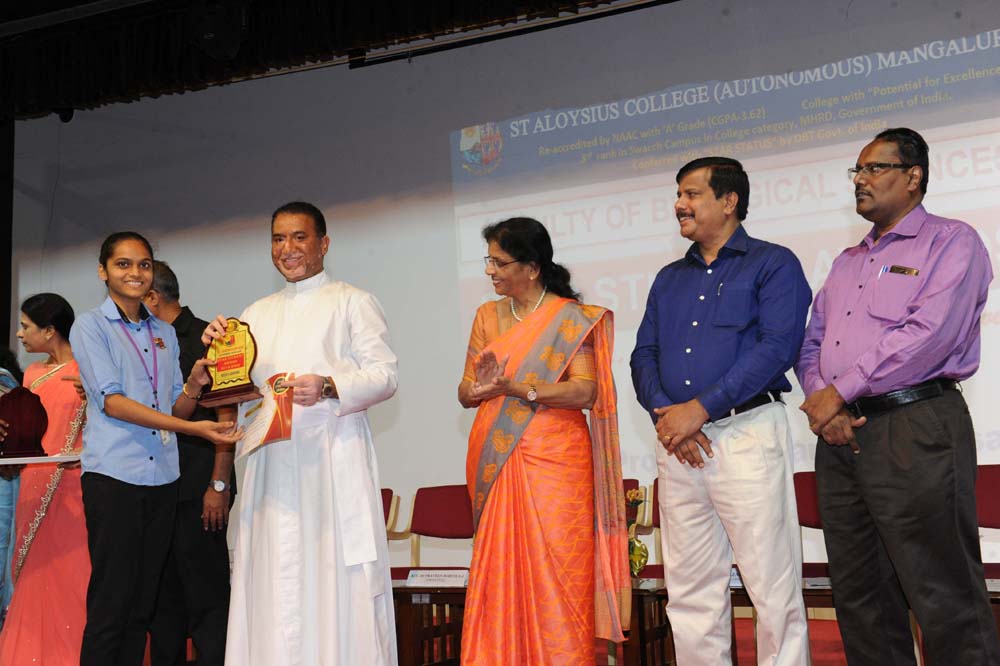 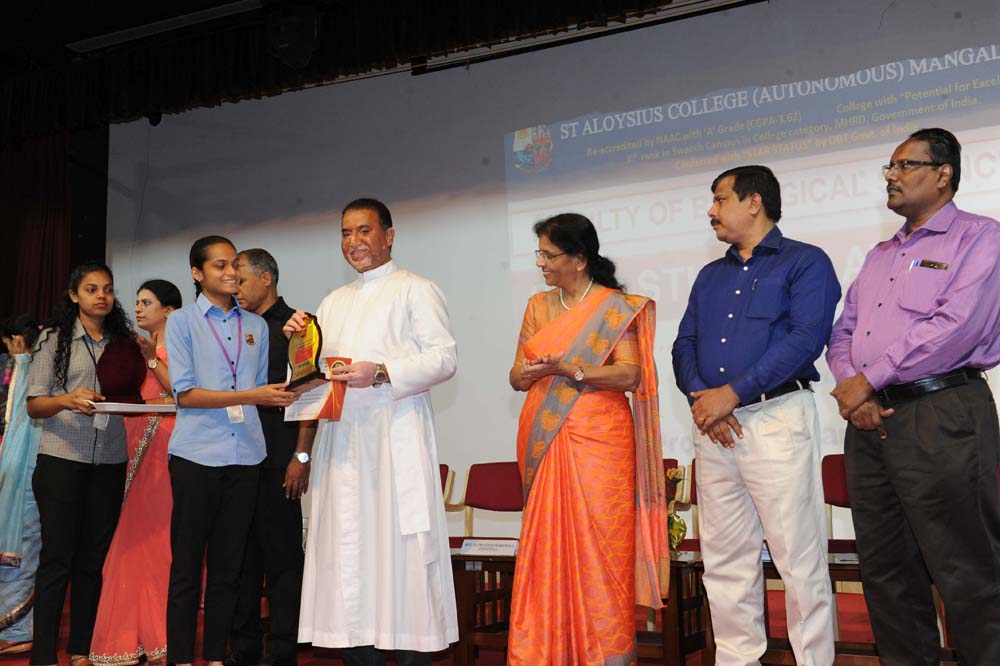 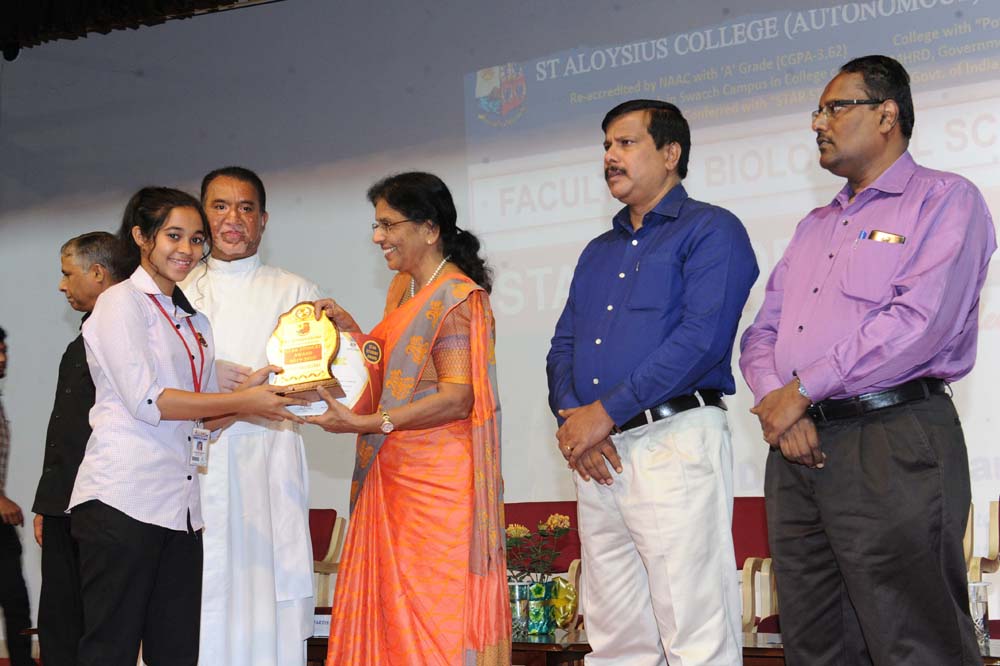 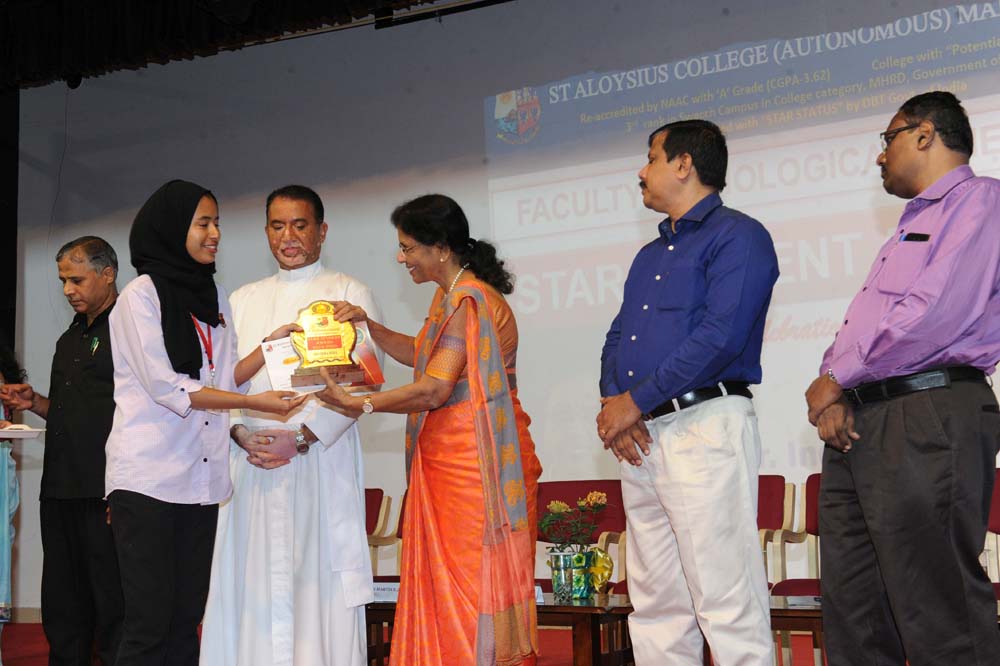 The students have shared their experience and benefits what they have received from the star college scheme;
Ms. Nishatt Fathima, III CMZ student said, “The scheme has benefitted us in many ways, the scheme emphasises newer approach towards education such as hands on training, experiments and interaction. The inter-disciplinary perspective, which is changing the face of the modern world is the highlight of the scheme. Under the star college scheme, the various departments of biological sciences have been able to promote and conduct various research projects and national seminars. It also motivated us to imbibe the attributes of eminent scientists of international reputation who are invited to the college. It encourages us to maintain our own individuality but gain knowledge and inspiration from the top notch brains all over the world”. A career guidance programme on higher education and career opportunities in life sciences was conducted under the star college scheme, to highlight the various opportunities available to us students after we complete our degree. These interactions are indeed necessary for the budding brains, as it gives us an idea of what success looks like, towards which the path is not easy and prepares us for the same.

Ms. Nanditha Pramod III BcCZ said, “Star college scheme has been the backbone of our departments for the past few years. I have attained the benefits of this scheme in many ways. The star student award is one of the best initiatives under this scheme. This award has motivated and encouraged me and my fellow-mates to work harder and excel in our studies. It has given us a platform to exhibit our potential. Star college scheme has aided our departments in installing sophisticated instruments”. 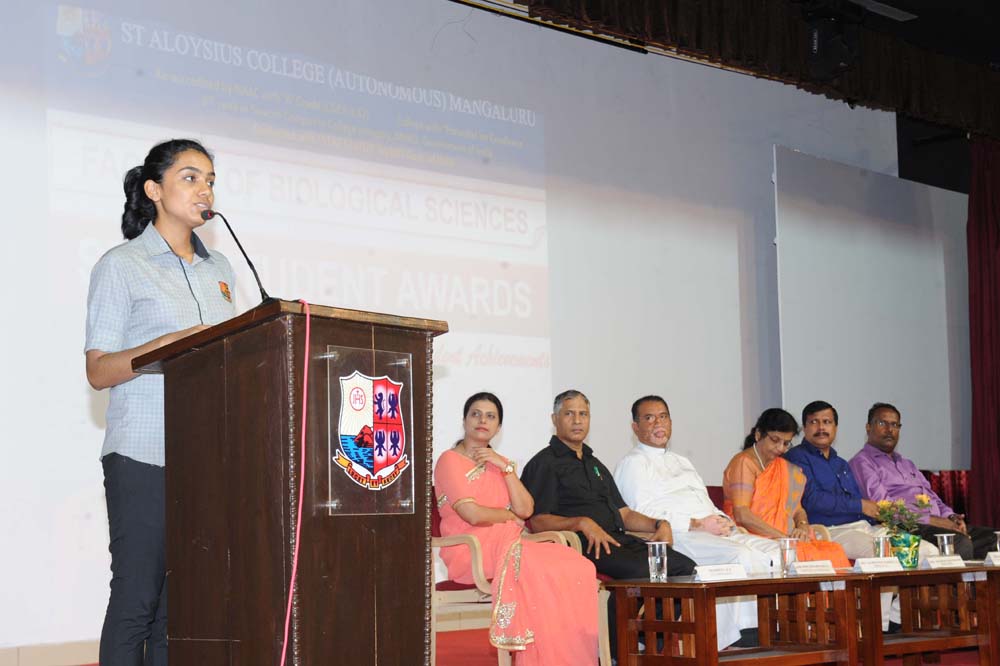 Finally, Ms. Shammena K. A. proposed the vote of thanks and it is followed by key note address by chief guest Prof. Dr Indrani Karunasagar, she focussed mainly on microbes and diseases. She spoke on the importance of microbes in genetic research, microbial faecal transplantation and its cautions.  It was indeed an inspiring talk and it is followed by interactive session. 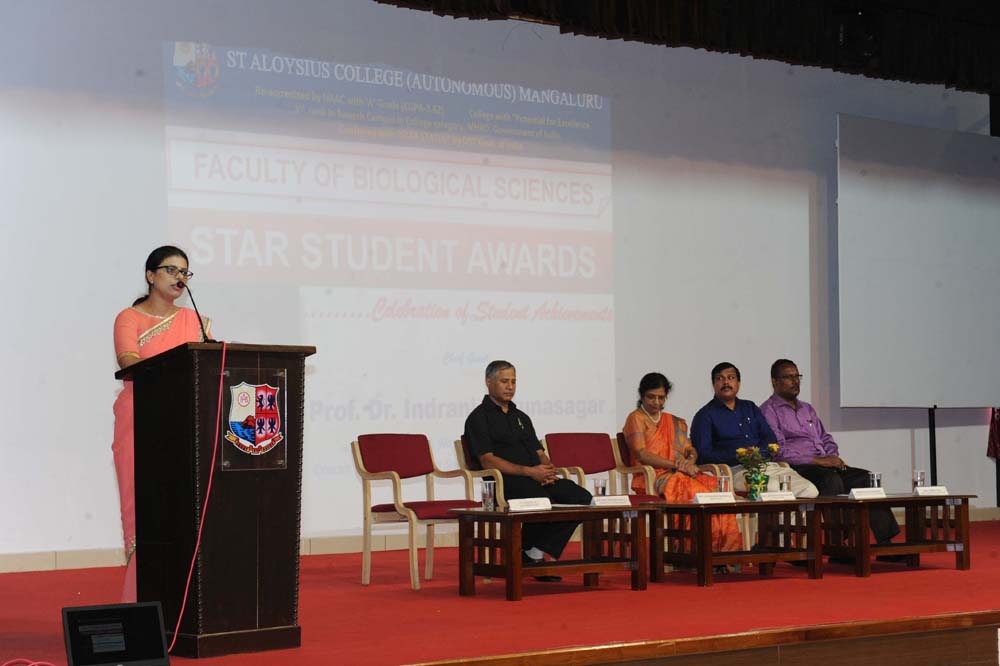 This programme also revealed the facility available under the star college scheme in various department of Biological Sciences.