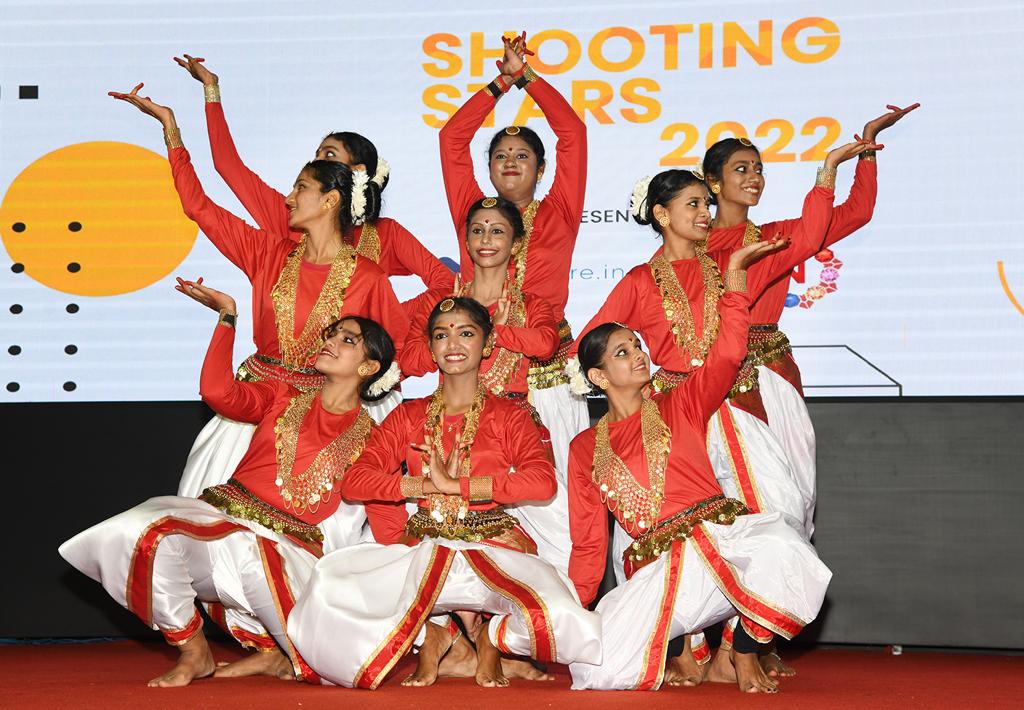 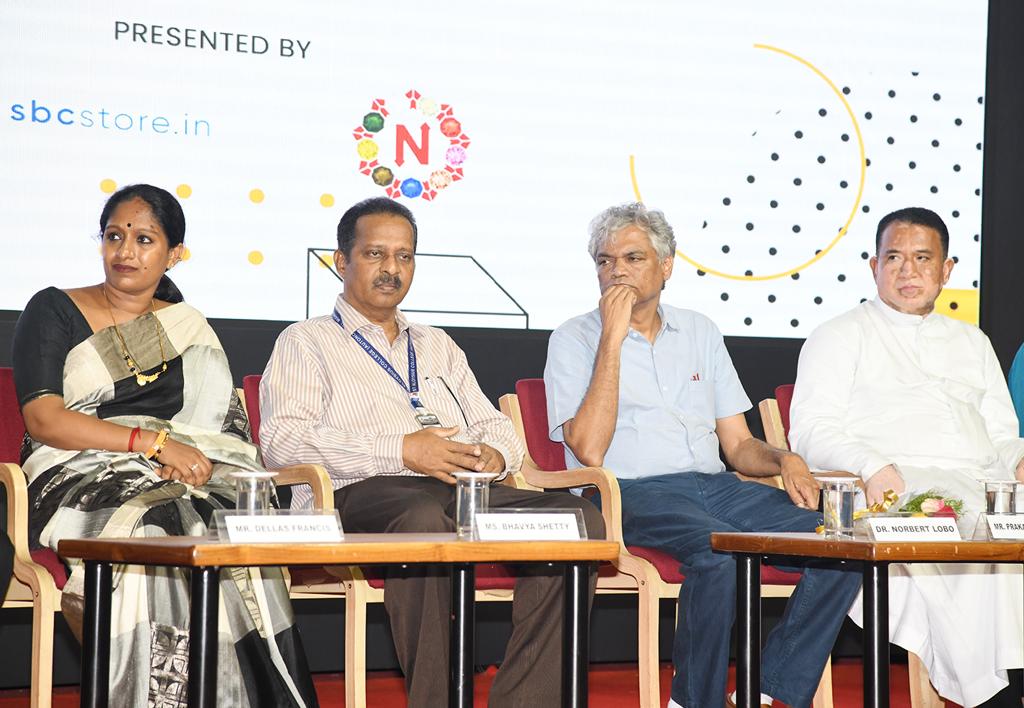 The inauguration programme started with a prayer song, followed by an invocation dance and was formally inaugurated by the chief guest and keynote speaker Prakash Belawadi. The inaugural function was presided over by Fr Dr Praveen Martis SJ. The guest of honour was Dr Nobert Lobo, director of admin block.

Fr William Marcel Rodrigues SJ, head of the department of Journalism, opened the seminar with a welcome address, followed by the dignitaries lighting the lamp as a mark of respect. The principal in his presidential address enlightened the crowd with his kind and inspiring words of comfort. 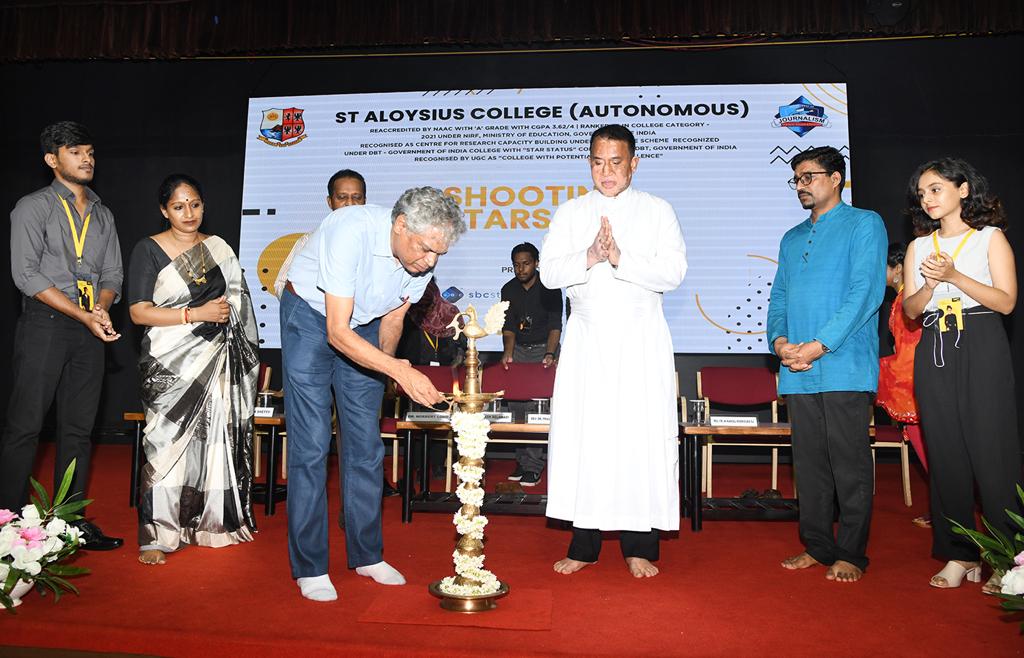 The inaugural ceremony ended with a vote of thanks by Ananya Hegde, the student coordinator of the event.
The stage was then taken over by Prakash Belawadi for his keynote speech on New media, New content and New content. Prakash Belawadi is a former political reporter, actor, activist, and theatre artist. He is a mechanical engineering graduate.

During his keynote speech, he discussed the use of new media, technology, and content. He spoke about his time at the Indian Express and what he thinks journalism is all about. He stressed the importance of audio-visual skills to pupils, he emphasized the necessity of knowledge seekers and curious minds. “You should not make knowledge sacred; you should make learning sacred,” he remarked. Further he emphasized on the need of changing technology and being upgraded with a fast-paced advancement toward. He stated that the world is heavily mediated and information are received from moving image. The keynote session was terminated with a QnA session where the chief guest interacted with the students. 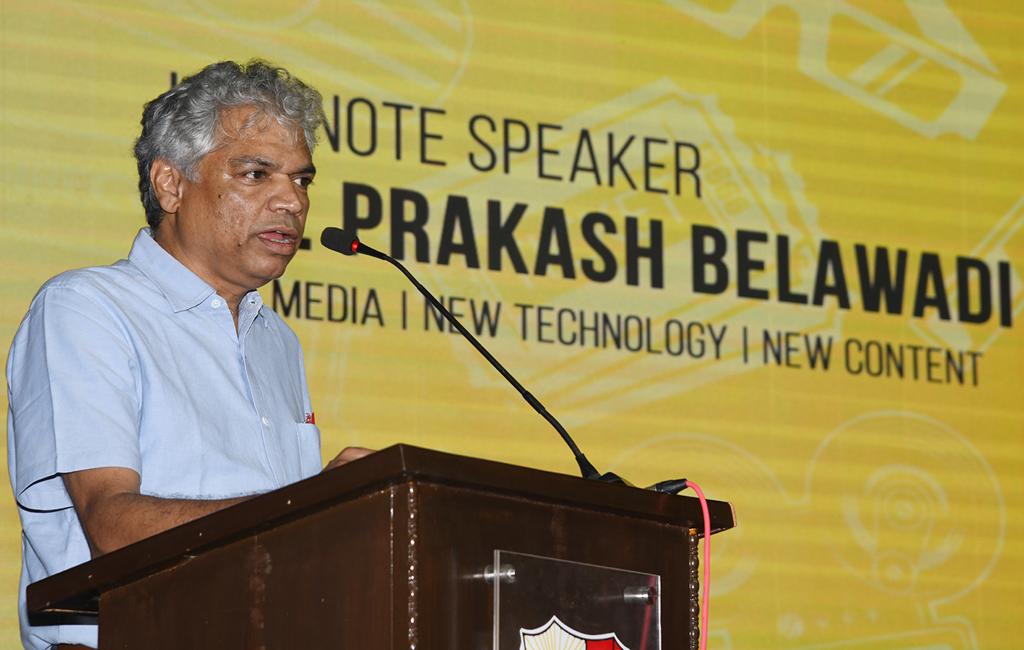 The next session included screenings made of selected short films and documentaries that were received from budding filmmakers as entries for the competitions held for the same event. The second half of the session started with Raiza Salam, a self-taught filmmaker who spoke on the topic ‘storytelling through alternative media’. During her address to the gathering, she stated that any ability can be learned and its best learnt by staying consistent and by actually doing it. She further emphasized on the fact that; since the need for speedy content has risen, slow art has shown to lose its momentum. And for the same, one must take a step back and concentrate on slow art, that is; the art that makes one feel most alive in. Through her storytelling, she encouraged people to dream big and love unconditionally. By the end of this session she had indeed provoked the audience to dare to ‘dream big’. 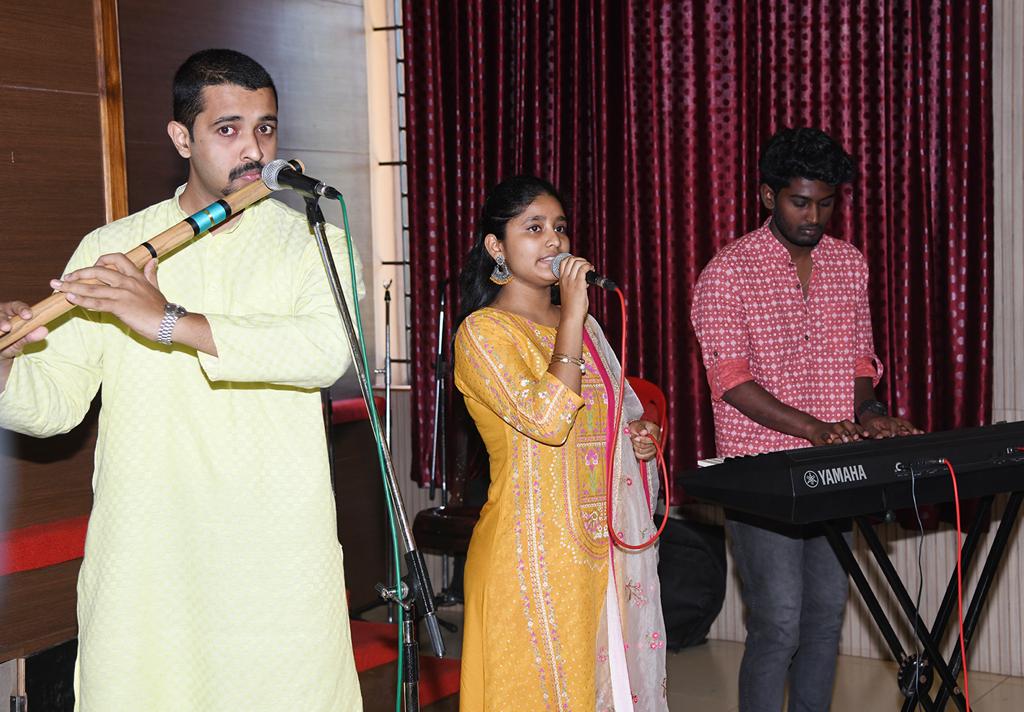 The event was then followed by a paper presentation which was moderated by Dr Melwyn Pinto SJ, director of AIMIT campus and Radio Sarang. Students of journalism Nalini from Alva’s College, Amreen from SDM College Ujire, Rajashree and Vinora Saldhana from St Aloysius College presented papers on distinct topics of interest based on the theme ‘Alternative Media’.

The event discharged off with the valedictory ceremony in the presence of Raiza Salam, the chief guest, Dr Alwyn D’sa who presided the ceremony and Fr William Marcel Rodrigues SJ as the dignitaries. The guests were welcomed by Bhavya Shetty, the convenor of the event and was preceded by a talk from Dr Alwyn D’sa who highlighted the importance of a joyful learning environment and was thus followed by prize distribution of the com petitions held.

A documentary titled ‘Gathavaibhava’ by SDM College Ujire bagged first place and ‘Meter charge’ by students of Aloysius College won second place. From the short films category, 'Midnight secrets of Kaara’ a film by Srishti Manipal institute of technology took home the first place whilst, film ‘Harini’ by St Joseph College Devagiri won second place. Subsequently, winners of the 'Reel it feel it' and ‘strike a pose’ competition too were awarded. The event terminated with a final vote of thanks delivered by Dellas Francis, student coordinator.