The Department of Political Science at St Aloysius College (Autonomous) Mangaluru organised the SUNY Cortland Visiting Scholars Lecture Series on January 18, 2022 in Sanidhya hall of the College. Prof. Kevin B. Sheets, Department of History at the State University of New York (SUNY), Cortland addressed the B.A. Political Science students and faculty on, “The Art of Memory and American Culture During the 19th Century”. Prof Sheets has been passionately pursuing projects in American cultural history largely relating to the importance of memory to 19th and 20th century American culture. As part of this, he has been investigating memory training systems which proliferated in the 19th century providing a window onto Americans’ understanding of the mind’s workings and the cultural significance of knowledge accumulation and use. The talk by Prof. Sheets addressed as to how memory was designed and promoted in the 19th century America as a cultural phenomenon.

Prof Sheets drew comparison between 19th century memory systems in the USA with the present. Contemporary memory books and manuals caters to the societal anxiety. However, in the 19th century America, memory became associated with classical cultural literacy. Poems written by Virgil or Ovid in Latin would require one to have keen memory. Secondly, education demanded that one knew a language such as Latin to enrol into the college and to graduate. The other important role that memory played was in terms of ‘furnishing the mind’ which was one of the goals of education. The mind is considered as an empty room, and furnishing one’s mind with knowledge, language skills, to quote vignettes from one’s travel etc. made the art of memory pertinent. By developing memory systems, the pedagogical purposes were served. Moreover, memory systems were developed to earn respectability in society and to have improved conversational skills. Over a period of time, the market for memory appeared with a ready and willing audience especially among salespersons.

Memory systems depend on two important principles—locality and association. Here memory anchors play an important role in recalling a memory that is stored in one’s mind. Prof Sheets gave a glimpse of how the earlier forms of memory systems were developed some of which were absurd and difficult in understanding. The later ones ensured that they distinguished their systems as efficient, easy or organised. Memory played an important role as knowledge was considered valuable to be accepted or to be introduced into the genteel world.

The Q&A involved questions that ranged from personal to topical. Students enquired on when and why Prof Sheets go interested in the study of memory and mnemonics, whether memories of people were same, did memory systems contribute to the 19th century industrialisation in the USA etc. 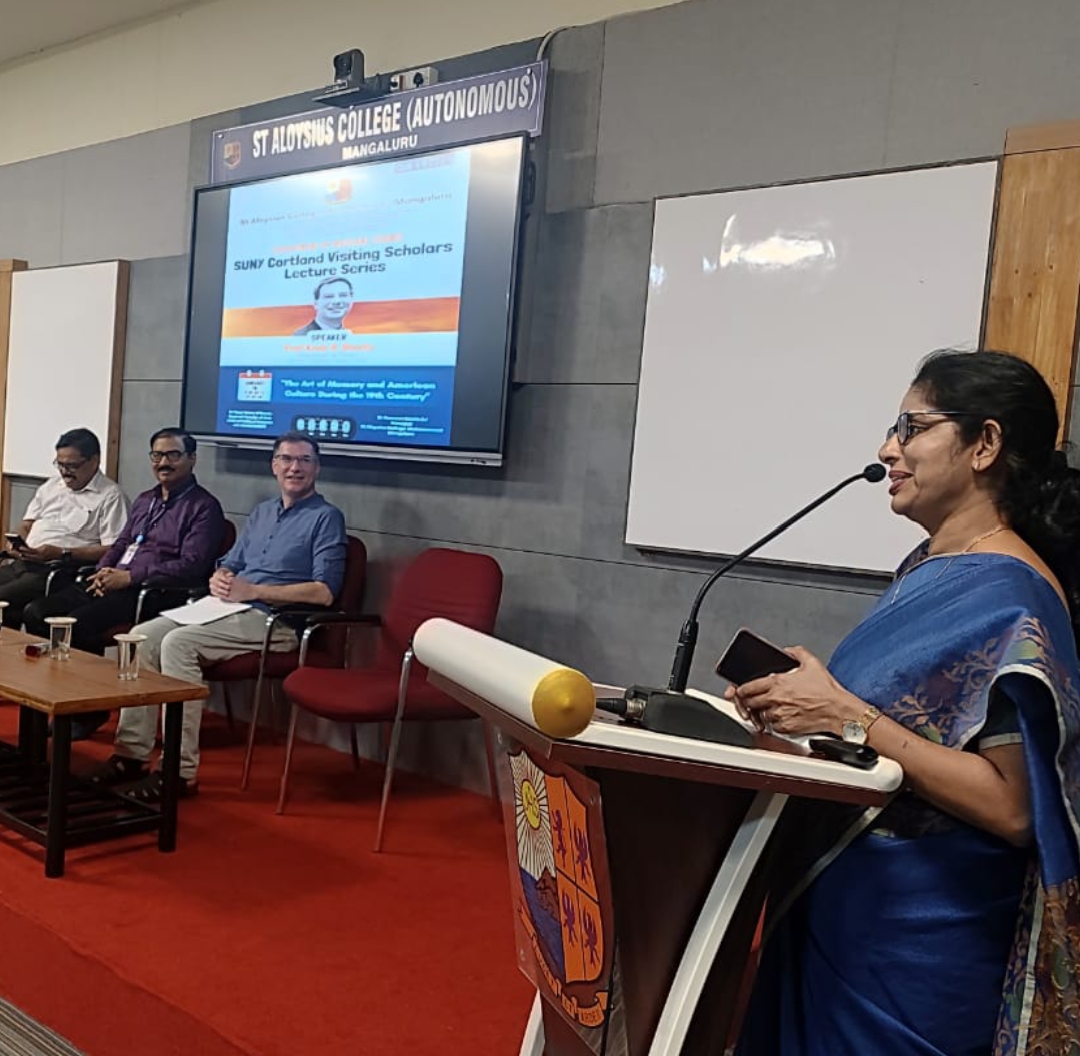