National Webinar on “Covid-19, Galwan and the Vortex of India-China Relations”

The Department of Political Science, St. Aloysius College (Autonomous), Mangaluru 575003 organized the National Webinar titled “Covid-19, Galwan and the Vortex of India-China Relations”. The webinar was held on Friday 04th September 2020 from 1.45 p.m. to 3.00 p.m. Rev. Dr. Praveen Martis SJ., the Principal of the College delivered his message wherein he raised the important question on why the Galwan incident and the escalation of tensions between India and China took place at a time when the world was grappling with the pandemic covid-19 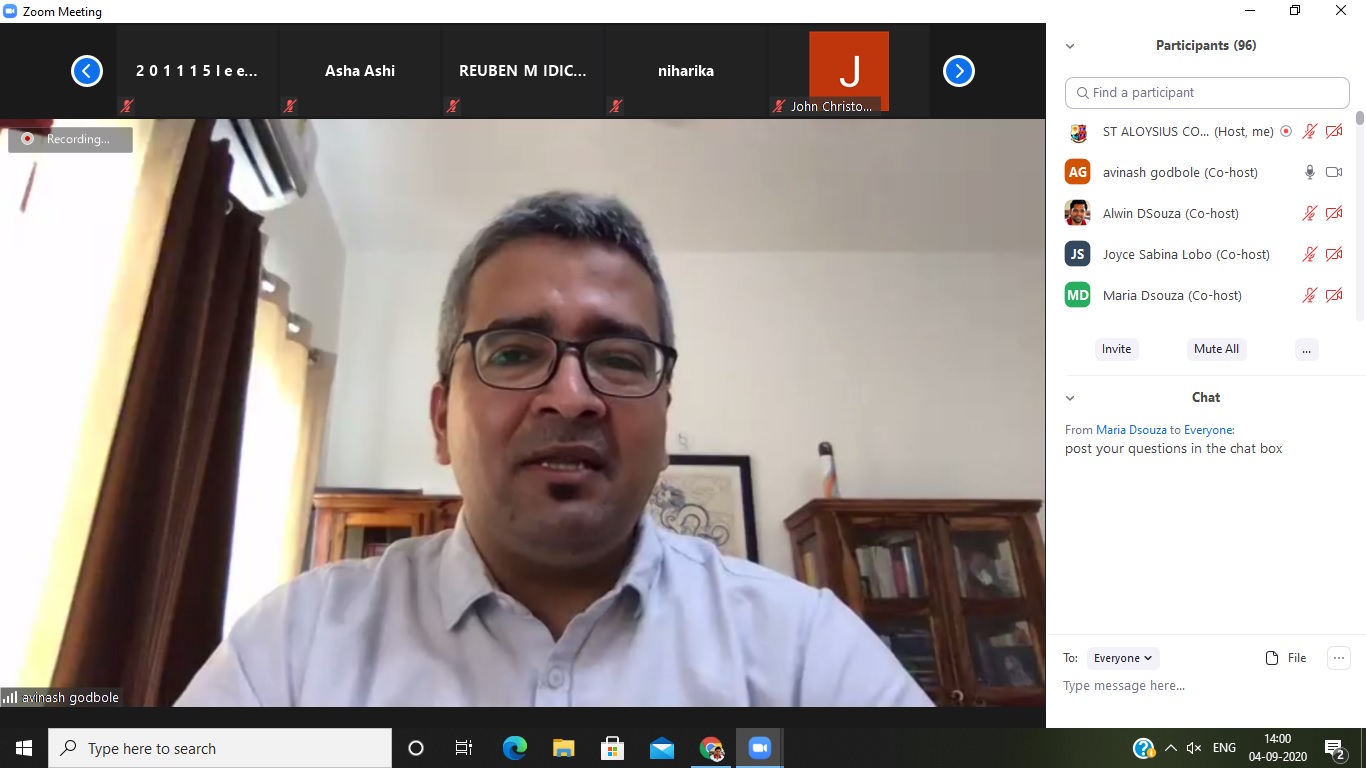 Dr. Avinash Godbole, Assistant Professor at School of Liberal Arts and Humanities, Jindal Global University (Sonipat) addressed the students on the above theme. Analysing the party cadres, centralization of power at the Polit bureau and its implications to political system in China Dr. Godbole laid the background of emergence of Covid-19 in Wuhan and the manner in which China as a surveillance state controlled the pandemic to bring normalcy, particularly to its economy by April 2020. He linked the pandemic to the current vortex in India-China relations by focusing on the following perspectives:1) The self-perception of China towards criticism from the global public and its imagery of ‘world all-out against China’ particularly after the Covid-19 spread from the epicenter of Wuhan especially from the US. 2) The need to go on war footing to contain the pandemic so as to restart its economic that is largely 60% export-oriented and therefore pose as a goodwill ambassador in foreign countries. It’s restarting of the economy was further possible given the then policy vacum across the globe, paralysis in Europe, inability of the US to enforce the new normal amongst its people, etc.

Dr Godbole maintained that Beijing’s behaviour as in the Galwan crisis is like any other aggressive behavior that the former has displayed with countries across the East China Sea and the South China Sea or Taiwan. This emanated strongly from its perception of being victim of world politics. 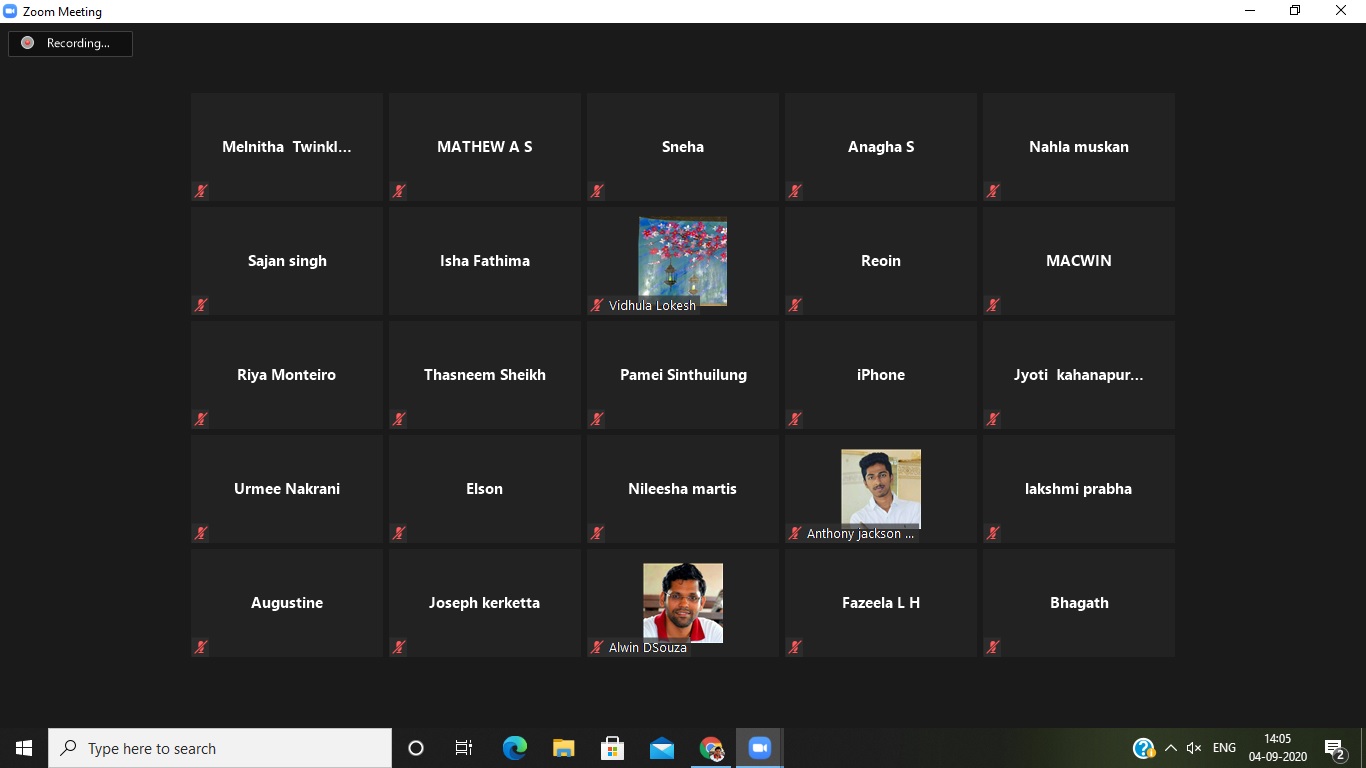 Galwan looks like an exception during Covid-19 times as this has erupted as a crisis that has stalled the India-China relations. This signals a major break in relations as all the procedures broke down with China attempting to change infrastructure and patrol points, with attempts to reach higher points in Ladakh. Galwan appeared so far as a symptom of border management wherein India and China may not have anticipated causalities. 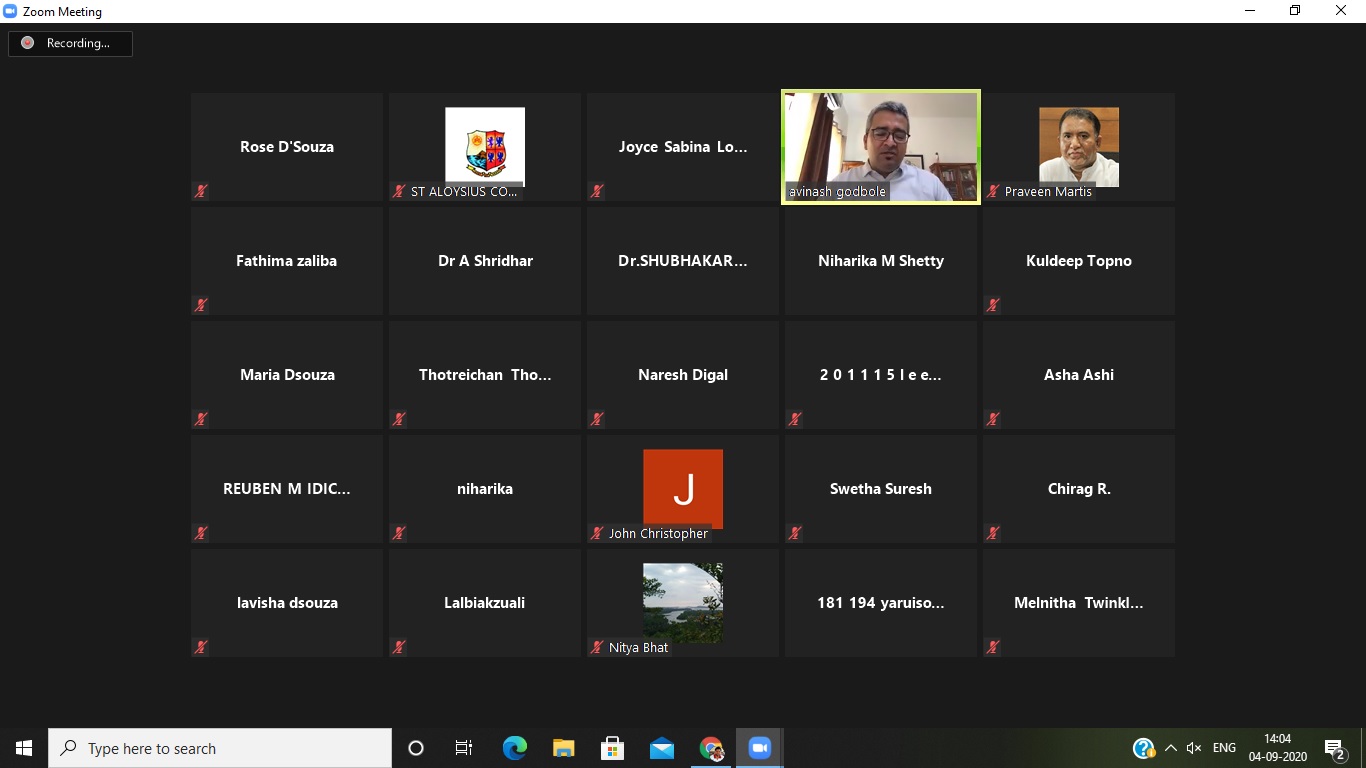 China has an attitude of state which wants to establish transactional economic relations be it with India or others, applying pressure on countries like India by playing with small countries within the neighborhood. Since the Doklam standoff of 2017, relations between India and China have remained symbolic and have not made much headway ss suggested by the outcomes of the Wuhan Summit between Prime Minister Narendra Modi and President Xi Jinping. He argued that China has hardly shown any interest in pursuing any long-term engagement with any Indian corporate units and have concentrated only on training their nationals. 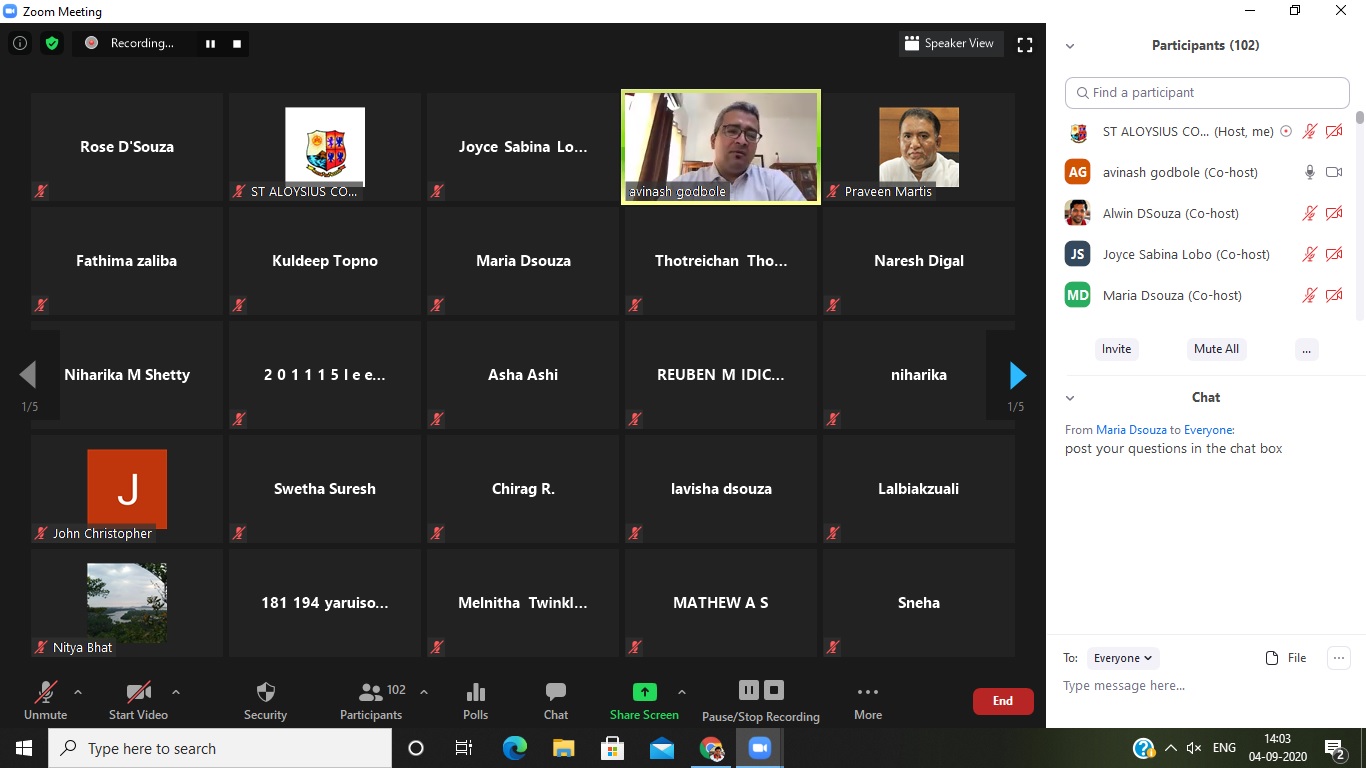 Dr. Godbole answered several questions largely coming from the students and the faculty on QUAD, WTO, India-US relations, rising powers, etc. The session was moderated by Dr. Rose Veera D’Souza the Dean of Faculty of Arts and HOD, Dept. of Political Science.

The entire program was coordinated by the assistant professors of the Department of Political Science—Dr. Joyce Sabina Lobo (Convenor), Mr. Alwin D’Souza and Mrs. Maria Shaila D’Souza, Ms. Shaila D Souza delivered the vote of thanks.