International Webinar on Gandhi and the Ethics of Nursing

The Department of Political Science, St. Aloysius College (Autonomous) Mangaluru is collaborating with Nehru Study Centre of Mangalore University the envisioned project entitled ‘Multi ways of Imagining India’. This project is a series of online academic presentations on a set of 19th and the 20th century intellectual luminaries of India. Prof. Vinay Lal, Historian and Gandhi Scholar at the University of California, Los Angeles (UCLA), made the first presentation under the above series through an international webinar held on Monday 05th October 2020. 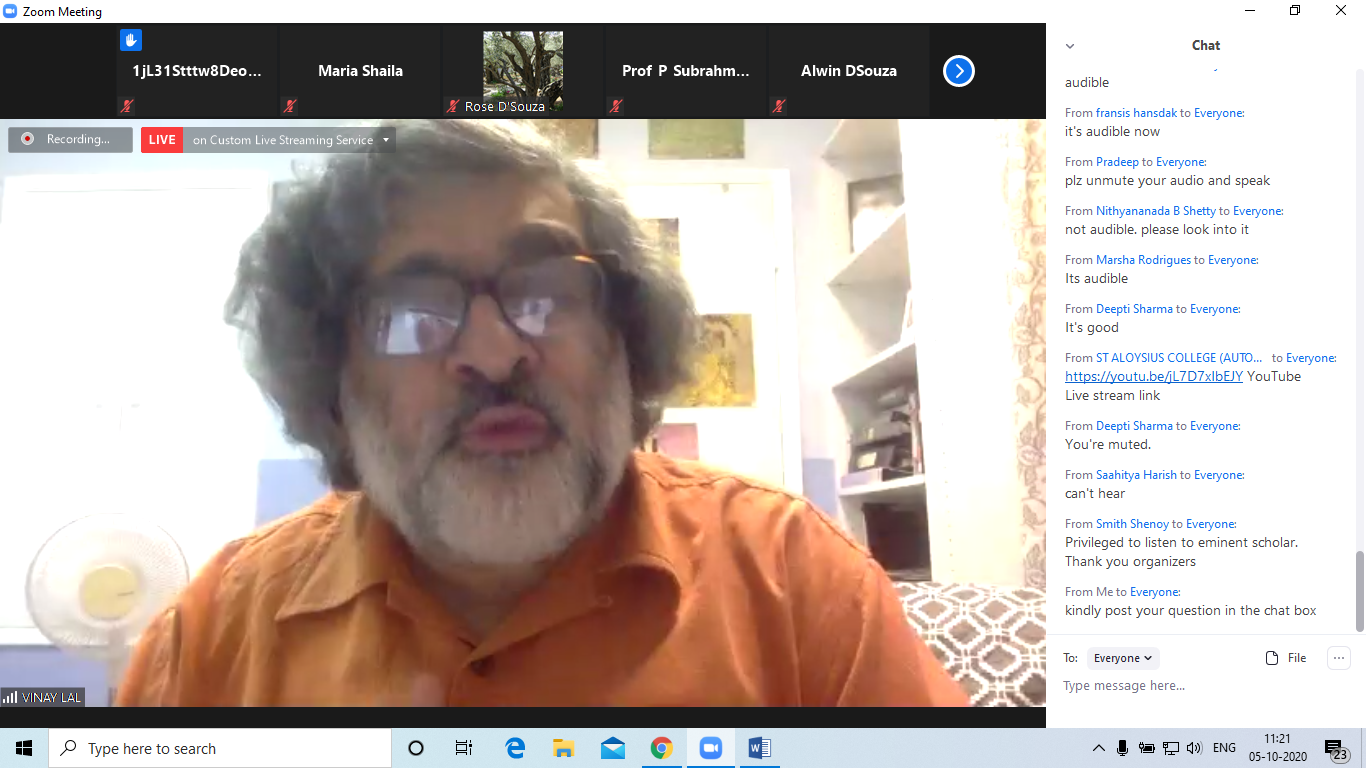 Prof. Rajaram Tolpadi, Director-in-charge of Nehru Study Centre (NSC), in his welcome speech emphasized that the aim of Nehru Study Centre is not only to conduct critical study on Nehru, but also to expand the horizon by discussing several other Indian intellectual thinkers irrespective of their ideological base. 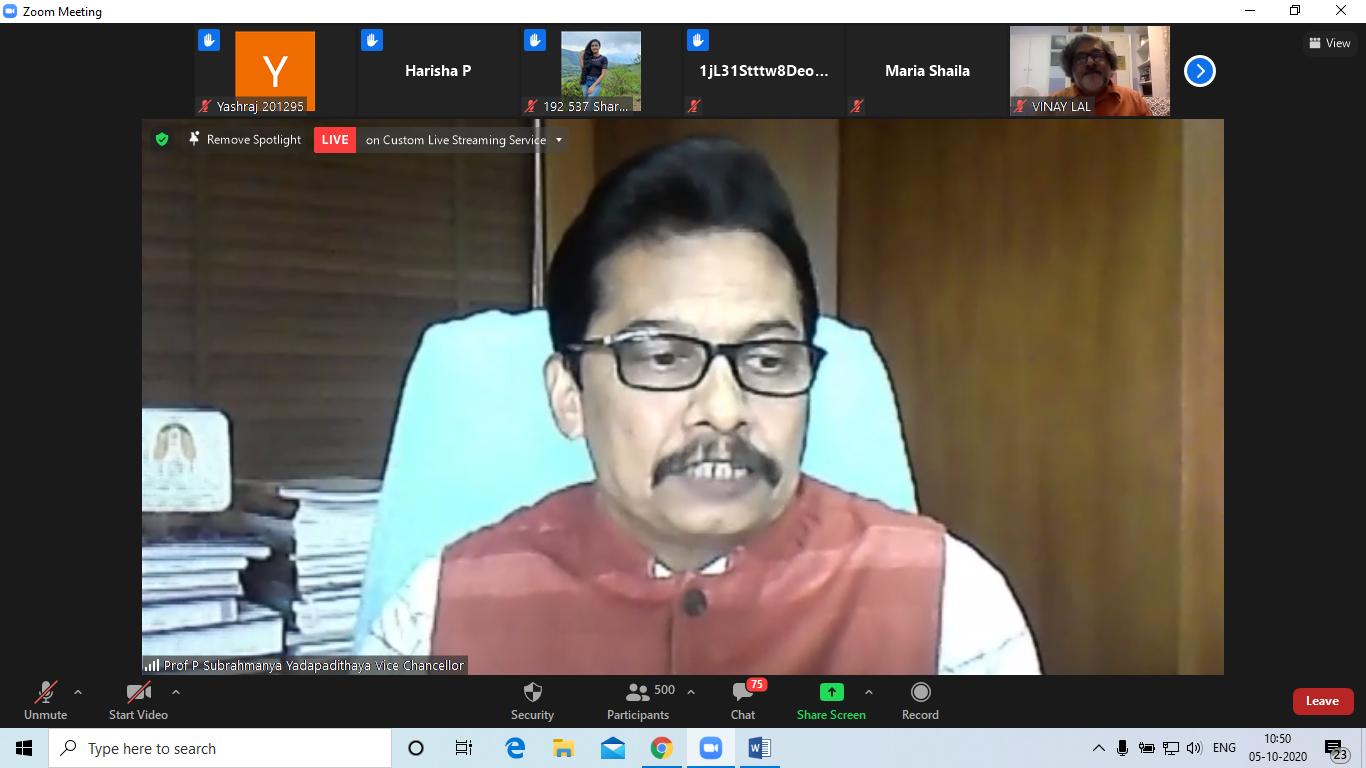 Rev. Dr Praveen Martis SJ, the Principal of the College, welcomed the collaboration between the College and Nehru Study Centre. He highlighted Mahatma’s life as inspiring people then and now during covid 19 times. Dr Rose Veera D’Souza, Dean of Arts Faculty & HOD of Political Science formally introduced Prof. Vinay Lal through a rich, yet short, CV. 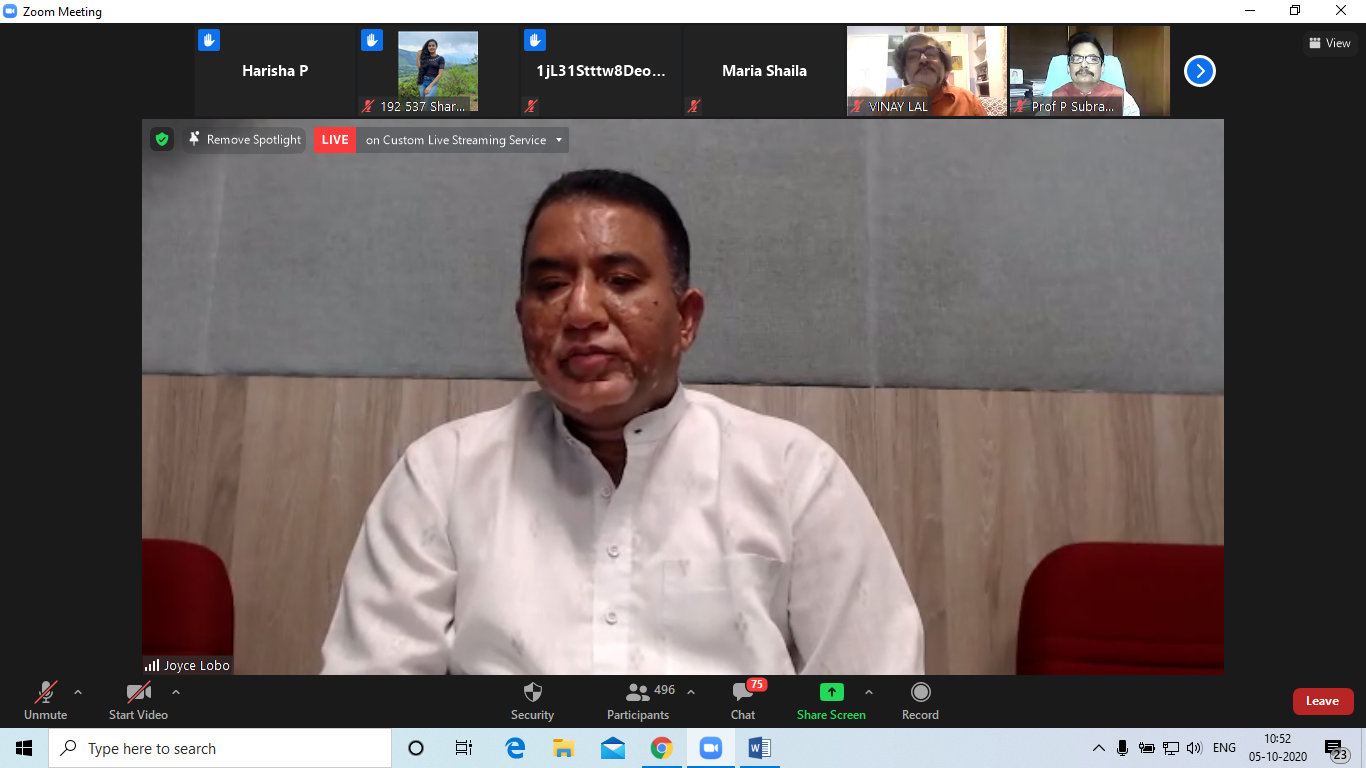 While delivering the talk on “Gandhi and the Ethics of Nursing: A Pedagogy of Care in Times of Corona virus” Prof. Vinay Lal walked the participants through Mahatma Gandhi’s understanding and practice of ‘nursing’ from Gandhi’s childhood days to the time spent in South Africa later in India. He focused his talk on two questions: how Gandhi would react to the present Pandemic and how does one think of non-violence during this time. Gandhi believed in self-reliance in the context of nursing rather than on modern medicines and treatment while not denying to others. Apart from mother, Putlibai Gandhi, he was greatly influenced by Florence Nightingale on nursing. His practice of ‘ahimsa’ and ‘satyagraha’ found him catering to the wounded or sickened during the Second Boer War and Zulu Rebellion through the establishment of Natal Indian Ambulance Corps, pneumonic plague (Johannesburg) etc. Gandhi’s work in Johannesburg was an important phase, says Lal. He worked through the affected without any protective gear/PPE. He was critical of the ‘third party’ in his Hind Swaraj wherein he says a doctor comes between the patient and one’s own physical being. For Gandhi it was nursing oneself and others. 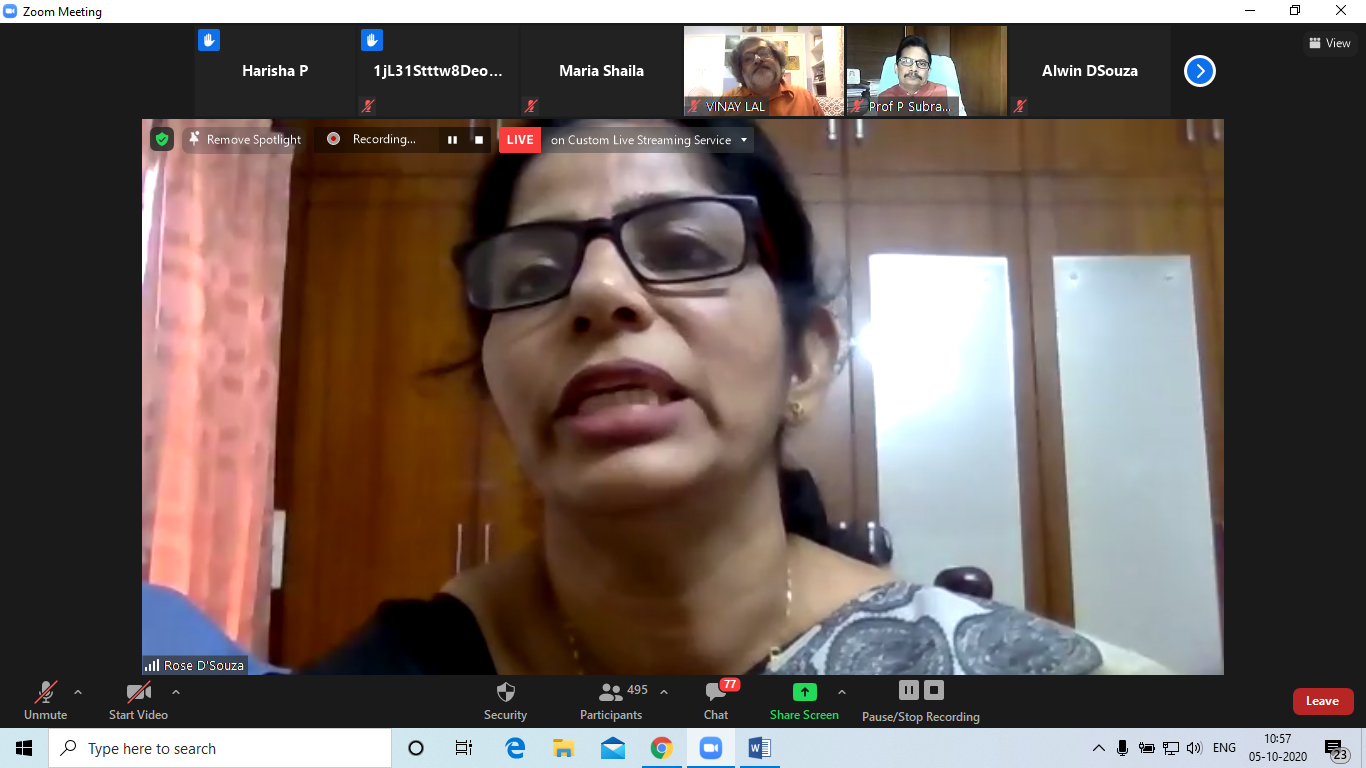 Gandhi went through a transformation in 1906 wherein he vowed chastity as care of children was inconsistent with public work. While Gandhi would have stressed on self-reliance, there is no saying that the present circumstances would demand some form of state intervention while self-responsibility, self-discipline and restraint were the need of the hour at the individual level. Prof. Lal argued that Gandhi had deep suspicion of the state. State intervention in corona virus times has been utilized to suppress dissent in many parts of the world. The current talk was based on his recent book that will be published by Pan Macmillan this year: The Fury of Covid-19:  The Passions, Journeys, and Unrequited Love of the Coronavirus. 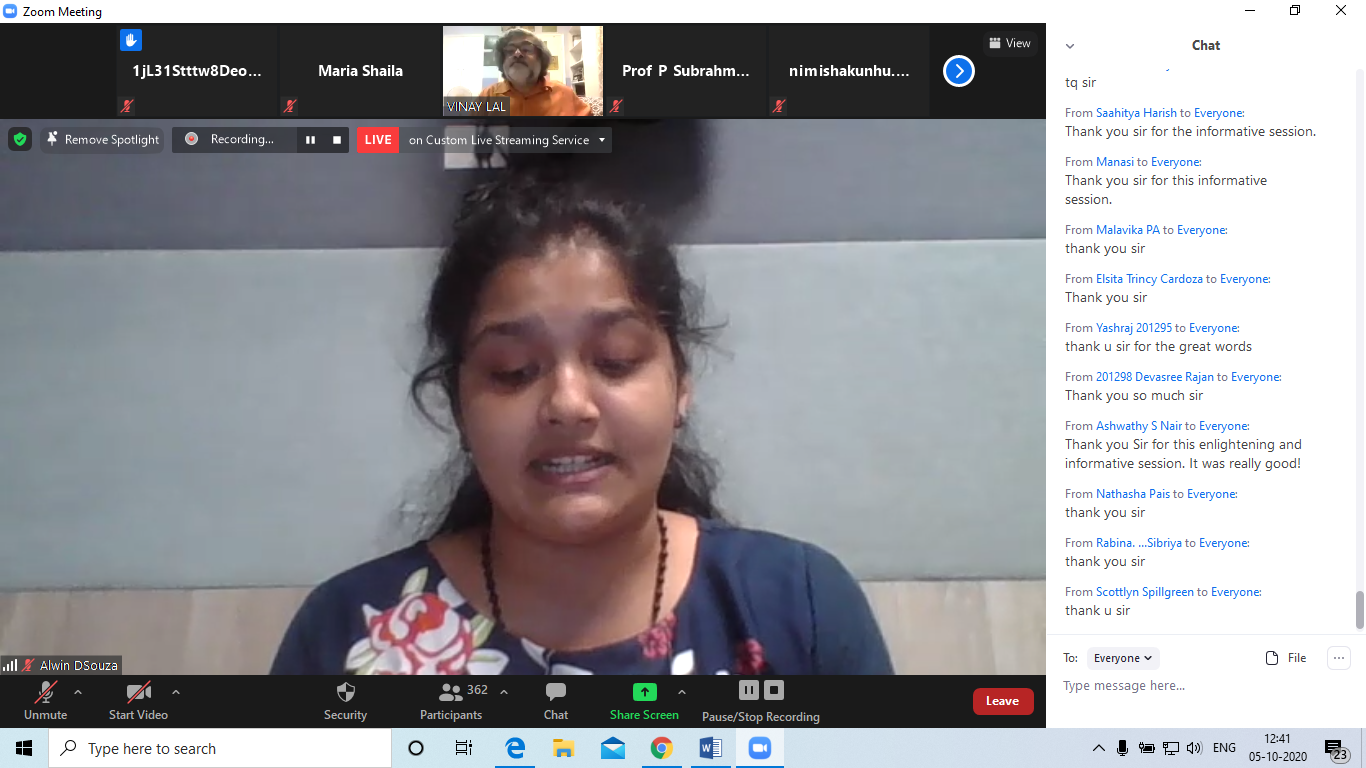 Melnitha Correa, BA student delivered the vote of thanks.