The inauguration of the 3-day International Symposium on “AI, Robotics, Humanoids & the Future of Society and Religion” organized by the Indian Institute of Science and Religion, Delhi in collaboration with St Aloysius College (Autonomous) and Chair in Christianity, Mangalore University was held on 18th November 2022 at L.F. Rasquinha Hall, LCRI Block. 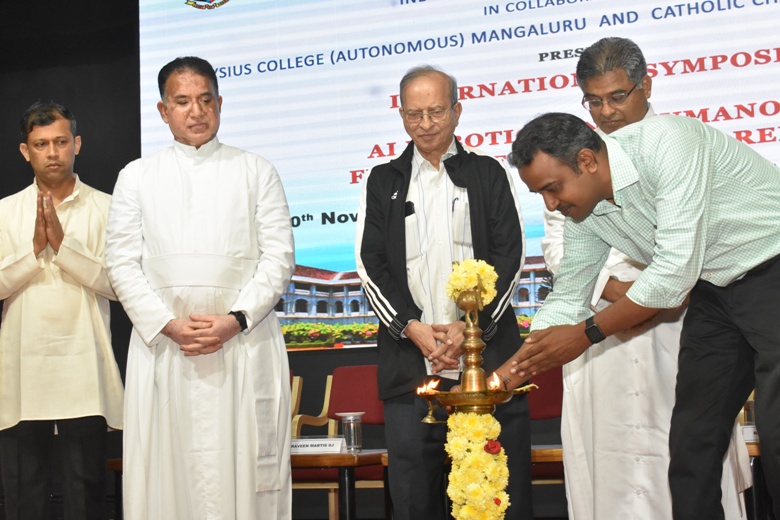 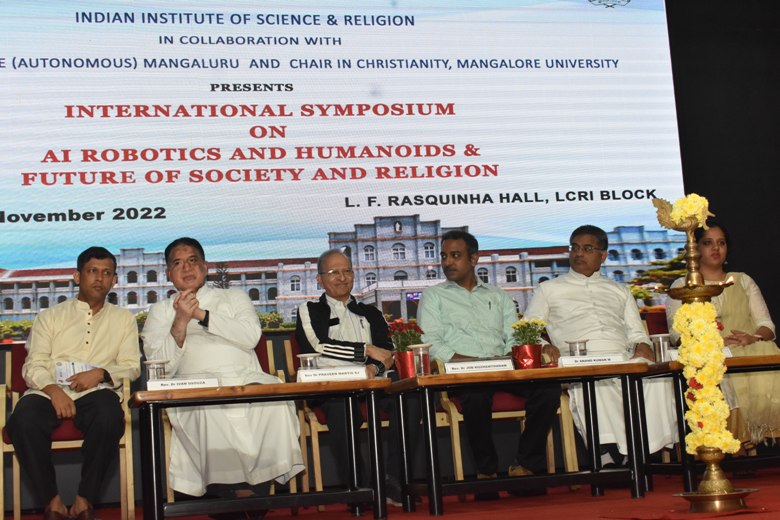 Dr. Sonajhari Minz, Vice-Chancellor, Sido Kanha Murmu University was the guest of honour. Speaking online, she said that the artificial intelligence is not a boon for farmers and other marginalized sections of the society. In this regard, there should be more comprehensive efforts from the experts in the field, she added. 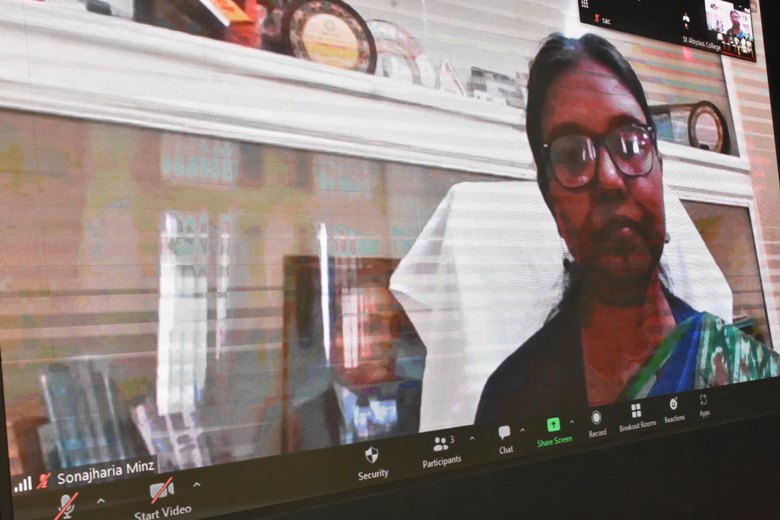 Rev. Dr Job Kojanthadam was the keynote speaker who critically explained the purpose and need of such a symposium.
Dr. Arun Kumar K. in his speech explained the origin and evolution of artificial intelligence. Talking about the first computer built in 1948, he explained how it enslaved the entire human race in the later years. He said that artificial intelligence and humanoid robots are being used at a rapid pace all over the world and it is not known whether people are its slaves or it has made them its slaves. He said that, in the forthcoming years, there is a possibility that 20 percent humanoids will sit and participate with us in such programs. He also gave information on machine learning and deep learning algorithms and also explained the positive and negative aspects of artificial intelligence. 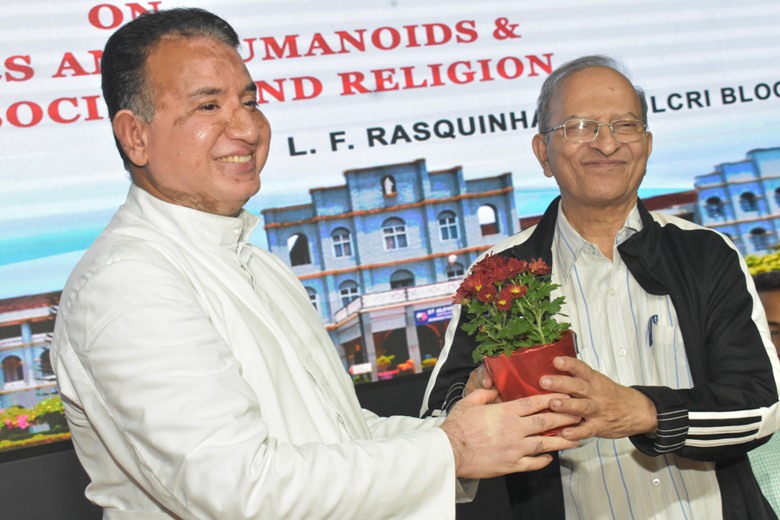 More than 20 scholars will present papers on various topics in this international symposium, mand there will also be discussions after each session, which will be critically moderated by a panel of international and national scholars. 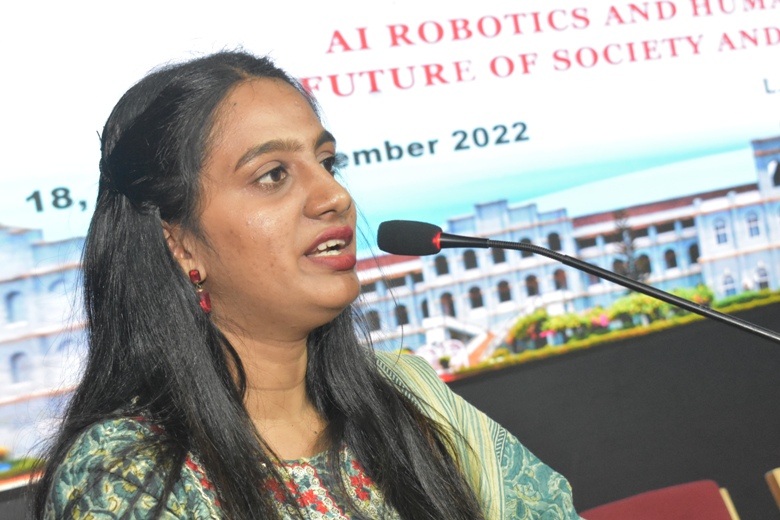 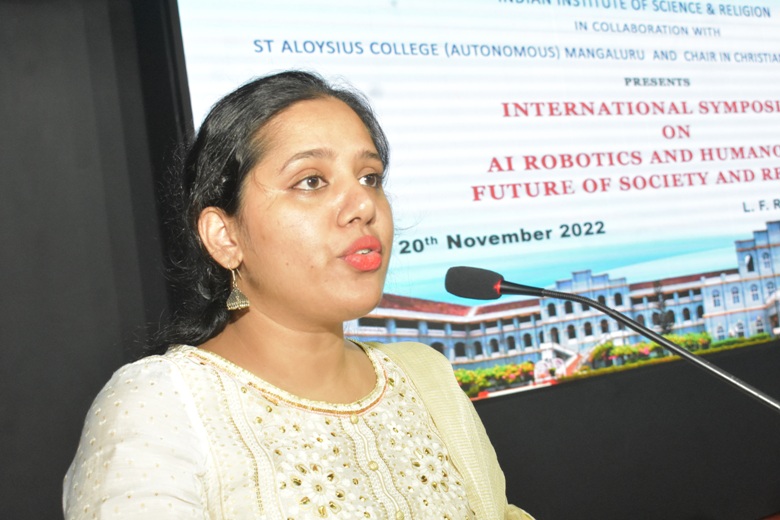