Dr K. Saraswathi Kumari, Head of Department of Kannada, St Aloysius College (Autonomous), Mangaluru was felicitated by the College on the occasion of her superannuation. The programme was organized in association with Staff Association of SAC and the Department of Kannada. Principal, Rev. Dr Praveen Martis, SJ, Faculty Members and Retired staff members attended the programme. 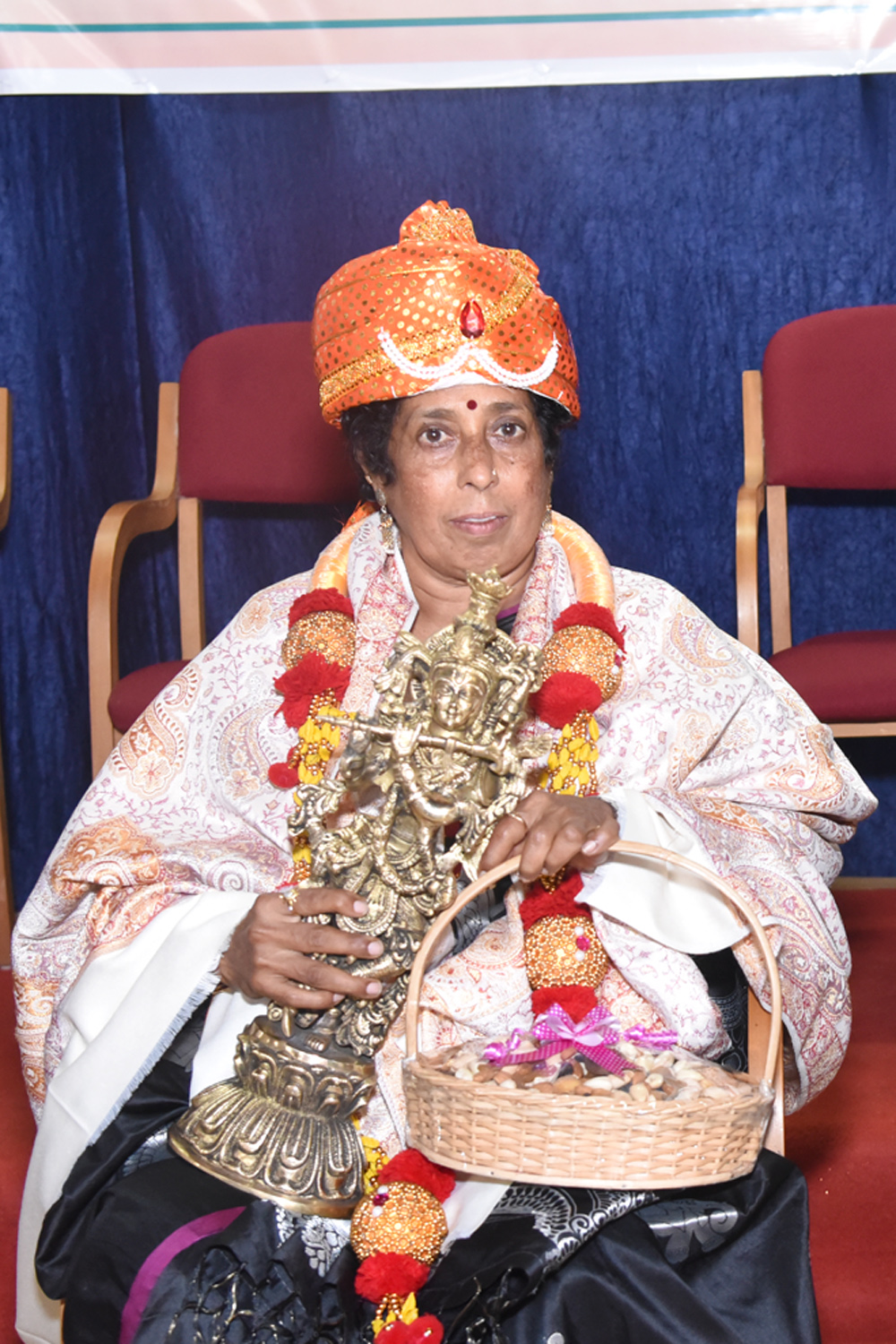 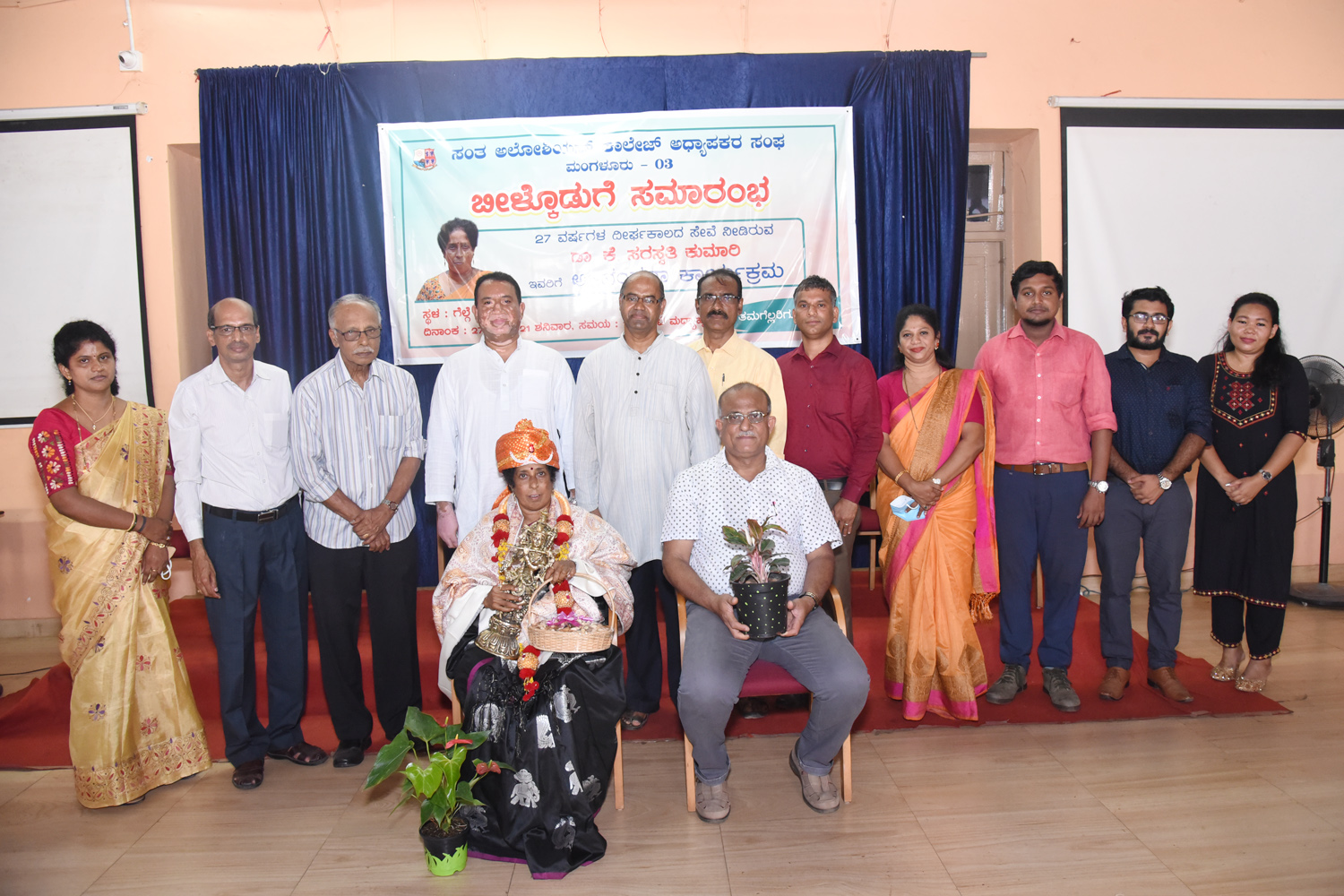 Besides this, she has ably organized several seminars/workshops/yuva kavi goshti and other literature based programmes.

Dr Saraswathi Kumari has written several Kannada plays. ‘Manushi’, ‘Agni Kunda’,’ Mashaka Purana’, ‘Hennendare’, ‘Amrutha Ghalige’ are some of the plays she has written. These plays have been staged in different places and have received accolades. She has also written a novel ‘Shala Bhagya’.

She is the wife of Dr Subbanna Rai, Registrar of Kannada University, Hampi. 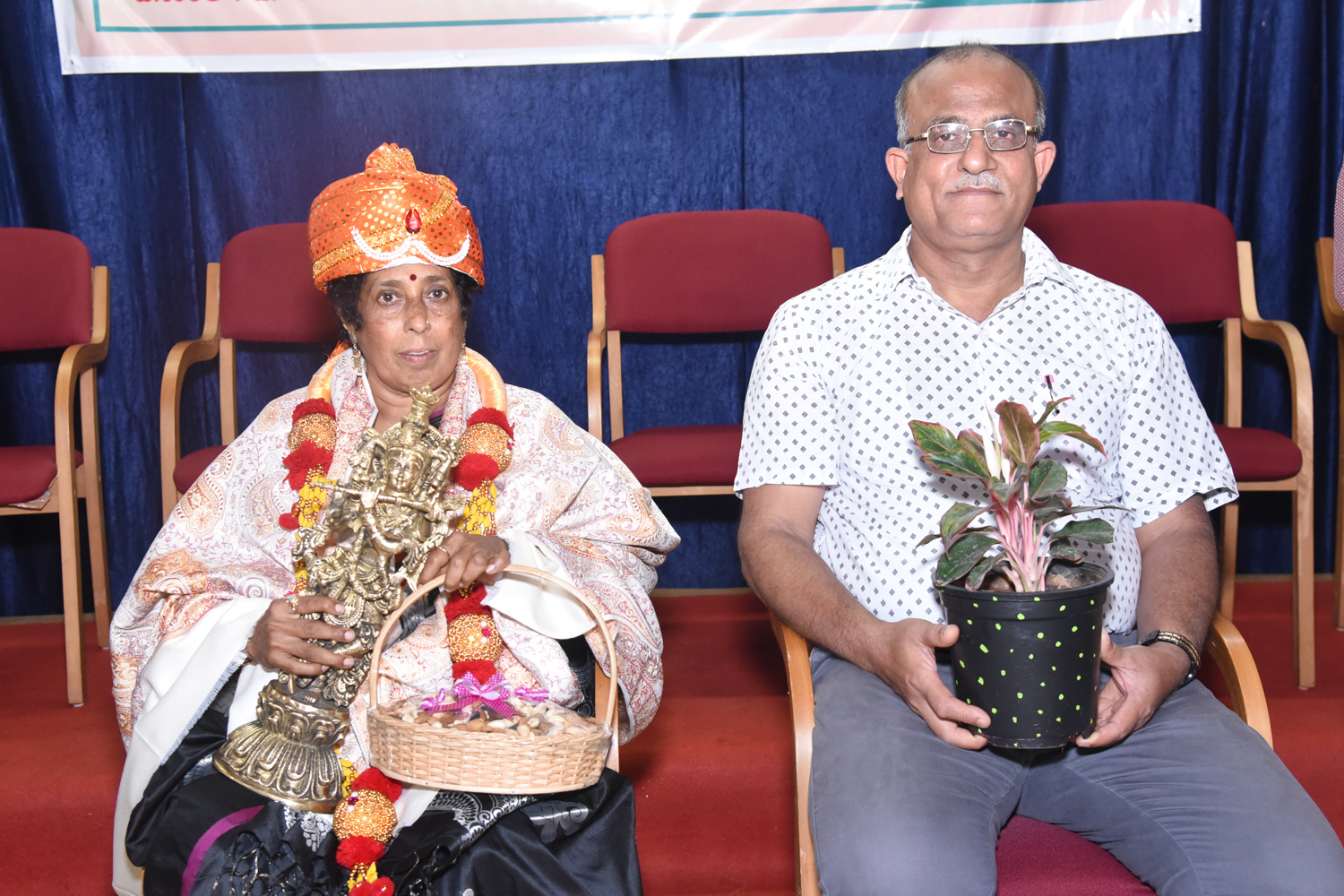 Dr Saraswathi has the following achievements in her credit: