The inauguration of “ANALYST-2K20” a one-day National Level Intercollegiate Chemistry Fest was held on 20th of February, 2020 in the LF Rasquinha Auditorium, which was organized by the Department of Postgraduate Studies and Research in Chemistry of St Aloysius College, Mangaluru. Eminent Scientist, Dr Anand B. Halgeri was the Chief Guest. Principal, Rev. Dr Praveen Martis SJ presided over the programme. Ms Preema Cealla Pais–the convener of the programme welcomed the gathering, Ms Apoorva, the student co-coordinator introduced the chief Guest. Dr Richard Gonsalves the Director of LCRI Block, Dr Ronald Nazareth the Head of PG Department of Chemistry also were present on the dais. 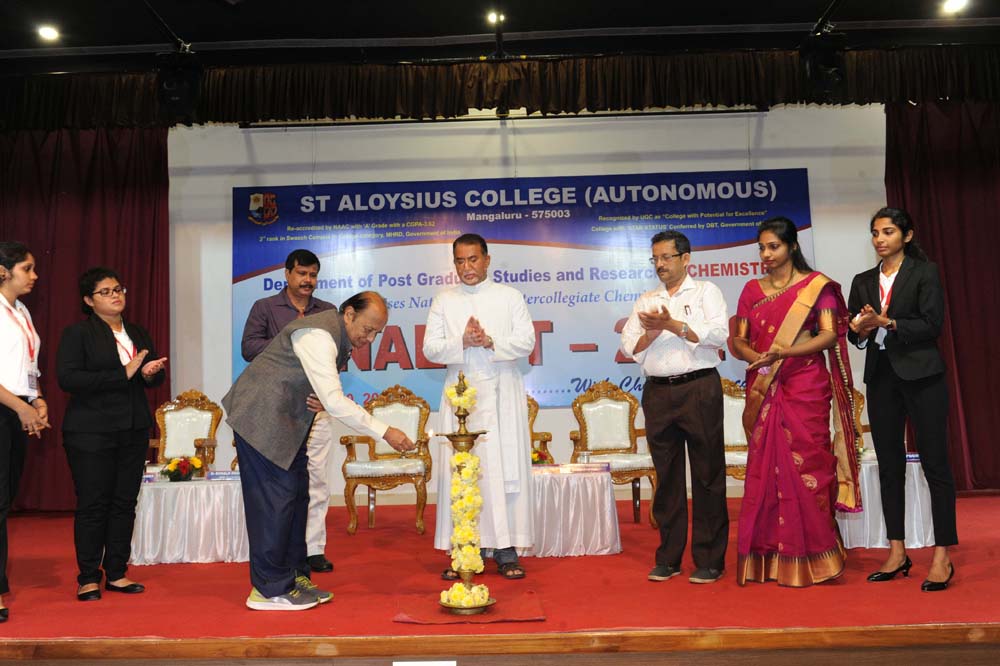 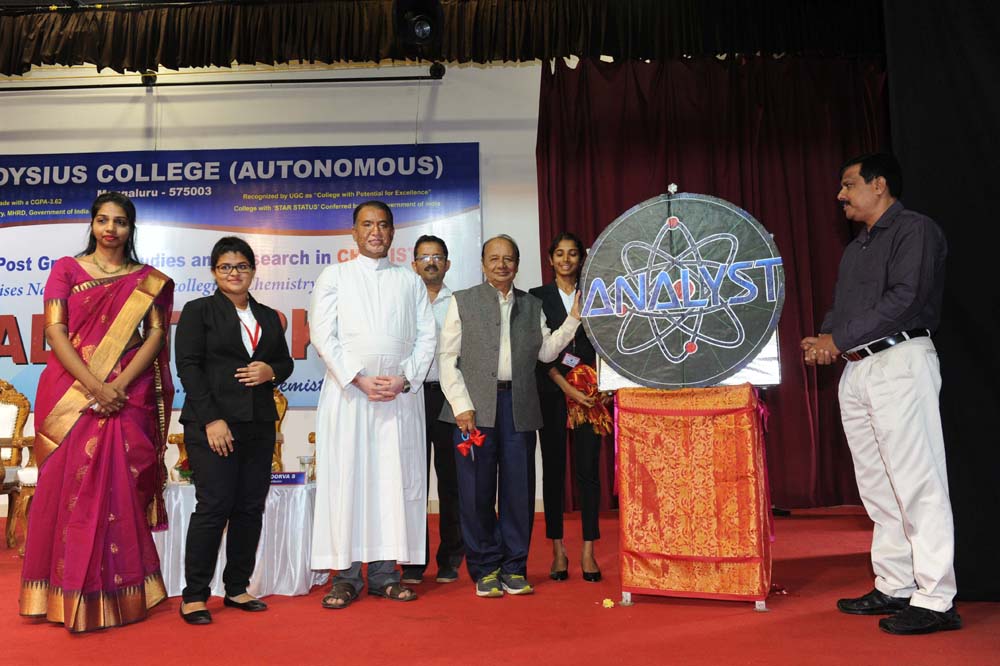 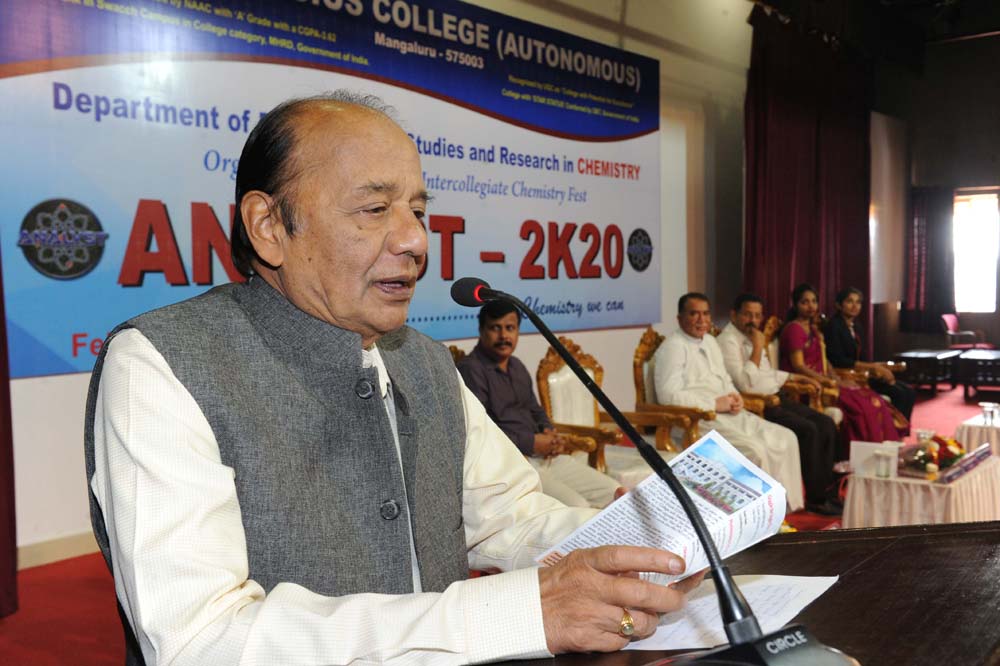 In his inaugural address he focused on the contribution of catalytic fields and polymer science to mankind. The evolution of research from the urea synthesis using iron as catalyst to synthetic rubber has proven to be major contributions to science. He also urged the need to promote innovation among the young minds to bring about research in the trending fields of science and technology such as polymer chemistry, MOF’s, 3D Printing and so on. In his Key note address, he focused on the extensive use of catalysts in Petrochemical industry. He said catalysts have played a major role in development of chemical industries in 20th century. Use of microporous materials especially zeolites have been very much useful in industrial process. The use of polymer catalysts has been a boon in polymerization that is specially used in the manufacture of plastics. The gift of p-xylene, a petrochemical product has made our lives easier and research interesting. 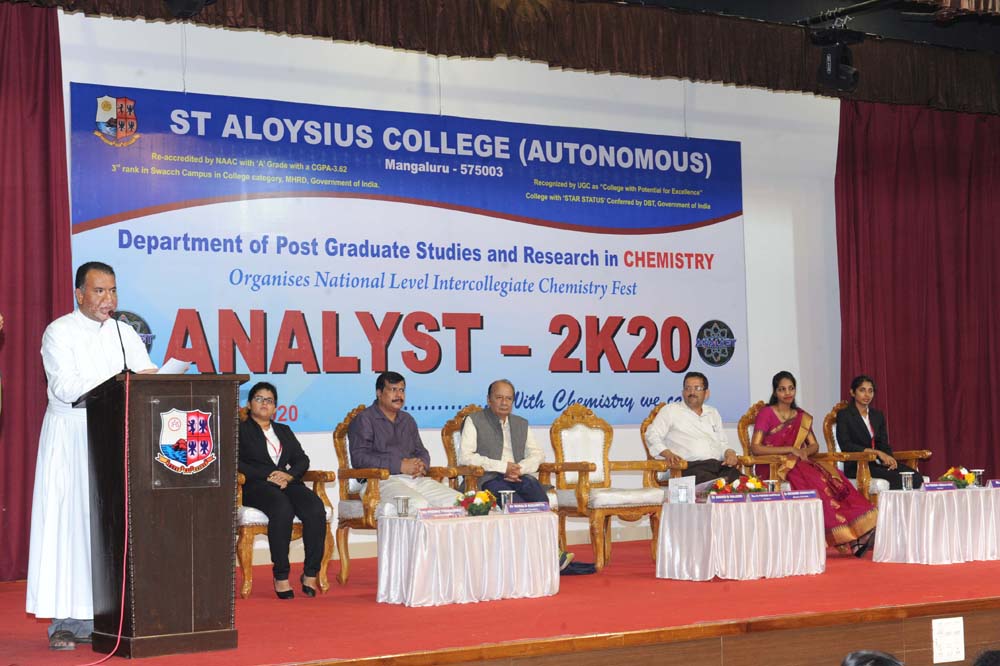 The programme was presided over by Rev. Dr Praveen Martis SJ, the Principal of St Aloysius College (Autonomous). He addressed the gathering saying that the contribution of Haber and Bosch process serves as the milestone in Chemistry and is a real motivation to the young budding scientists.

He expressed that this programme would serve as a platform to learn more rather than what is taught in the classrooms. He expressed his wish saying that in the near future this kind of a programme could contribute immensely towards interdisciplinary research. He also gave a call to work on the inventions of science and encouraged the participants to take up research by exemplifying the motivational journey of great Scientist Michael Faraday. 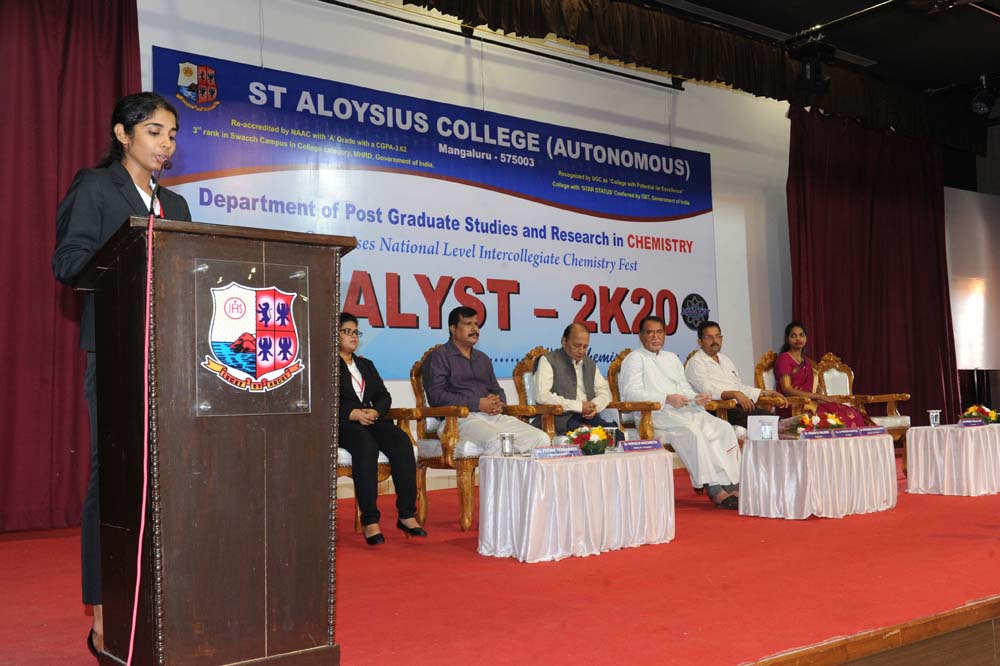 Meritorious students of the department of Chemistry were honoured during the programme.
Ms. Crystal Vivita Menezes, Department of PG Chemistry compered the programme. Preema Cealla Pais welcomed the gathering. Ms Premie Fernandes, assistant student co-coordinator proposed the vote of thanks. 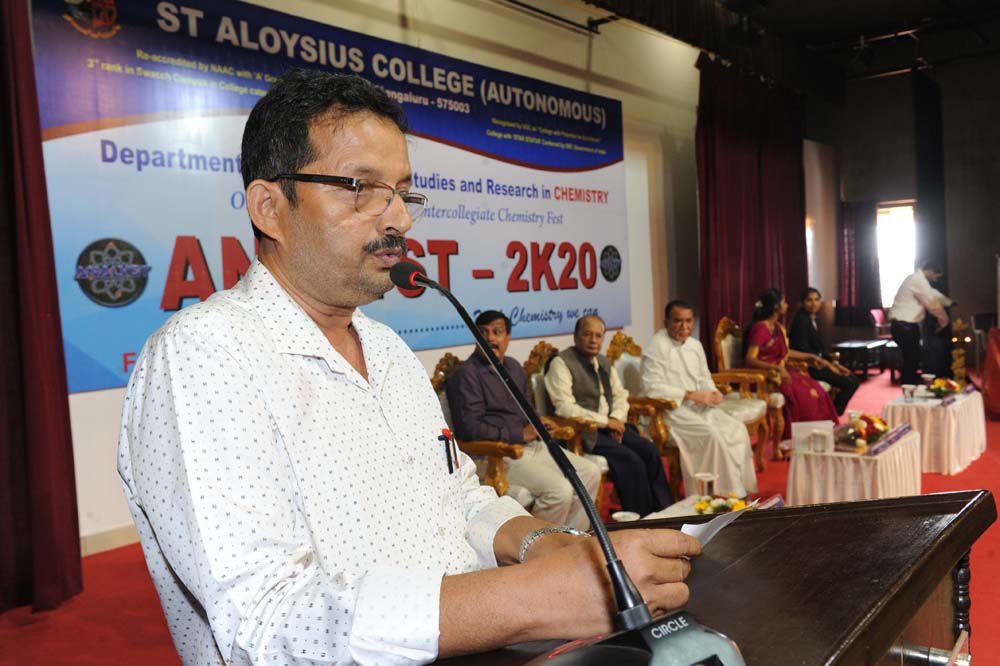 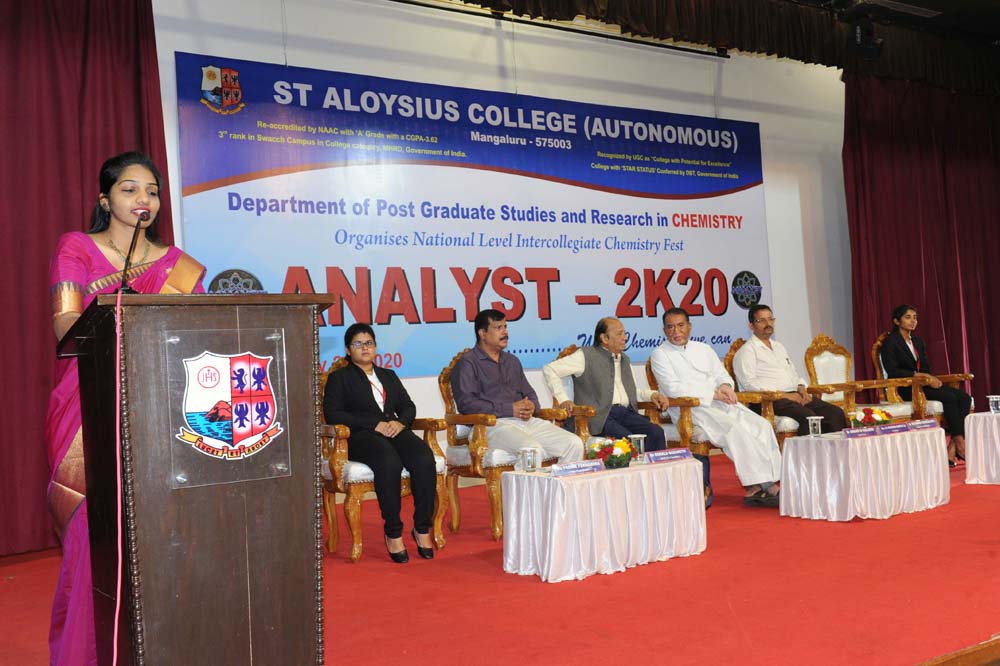 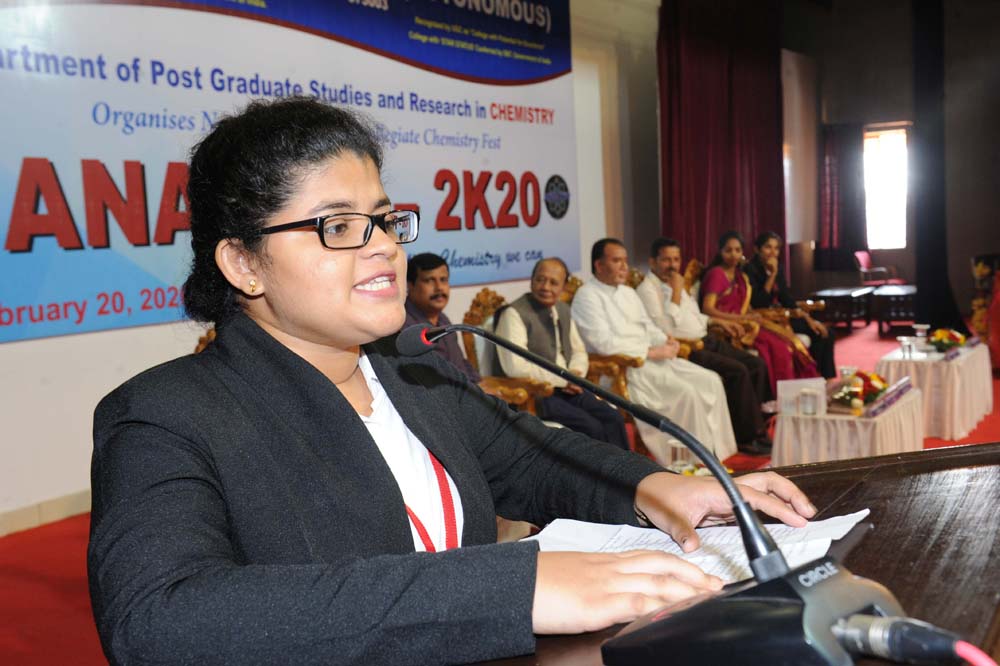