St Aloysius college ,Mangaluru  today  celebrated the 76th independence day in a solemn way. The programme was held near the  entrance of the administrative block of the college. 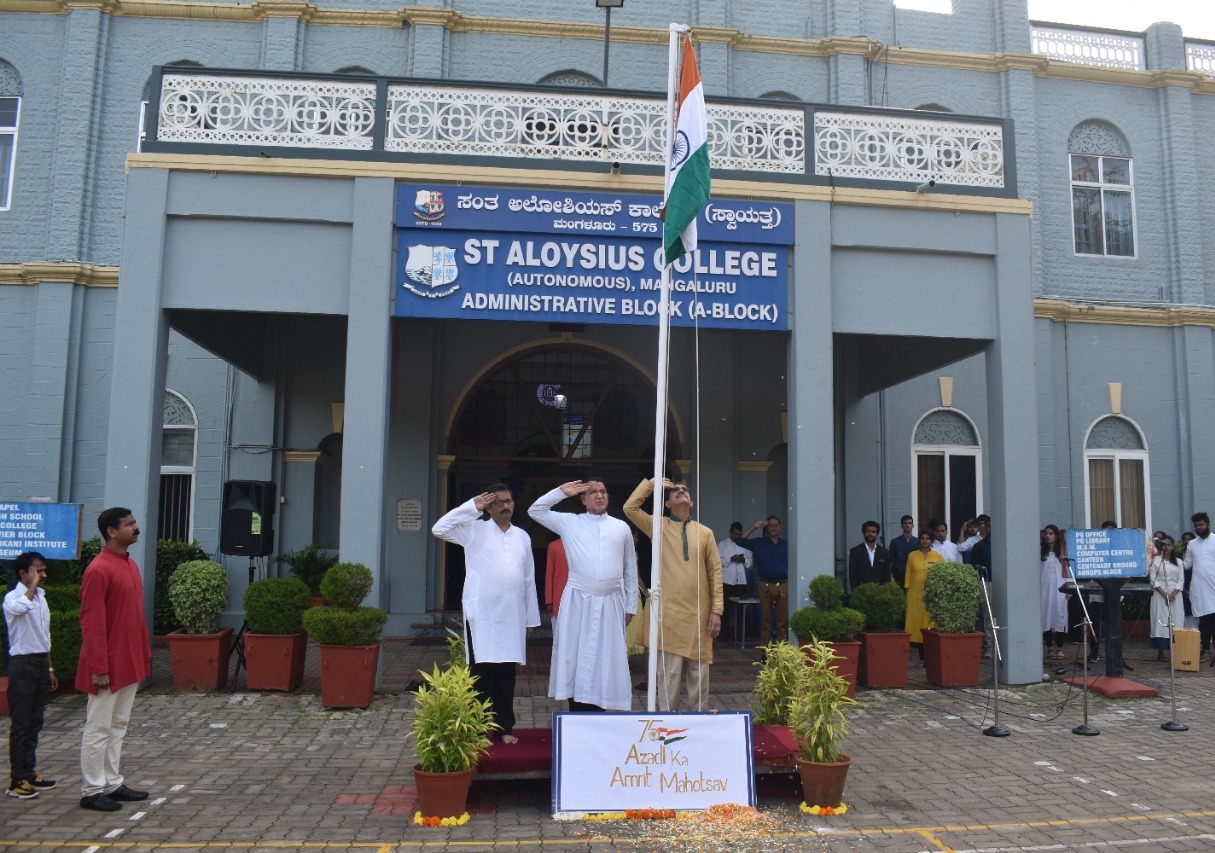 Senior advocate and proud alumnus of the college P.Ranjan Rao was the chief guest. At  8.45 am grand march past of all 3 wings of  NCC cadets to respect the tricolour began. Flag hoisting was done by the chief guest sri P.Ranjan Rao  at 9am .During the flag hoisting chief guest was accompanied by Principal of the college Rev.Dr Praveen Martis SJ,  and Guest of honour Dr Richard Gonsalves,Associate professor from Dept. of chemistry.

Chief guest P.Ranjan Rao in his  Independence day message conveyed  his concern about extremities happening in society just for religious reasons.He strongly suggested to keep harmony in society by respecting each other.Opinions may differ but it has to be settled through dialogue and not through the path of himsa. Secondly he gave a strong message to love our mother India. We need to respect the sanatana culture and heritage of our soil, he added. He expressed his best wishes to all on the occasion of Azadi Ka Amrit Mahotsav. 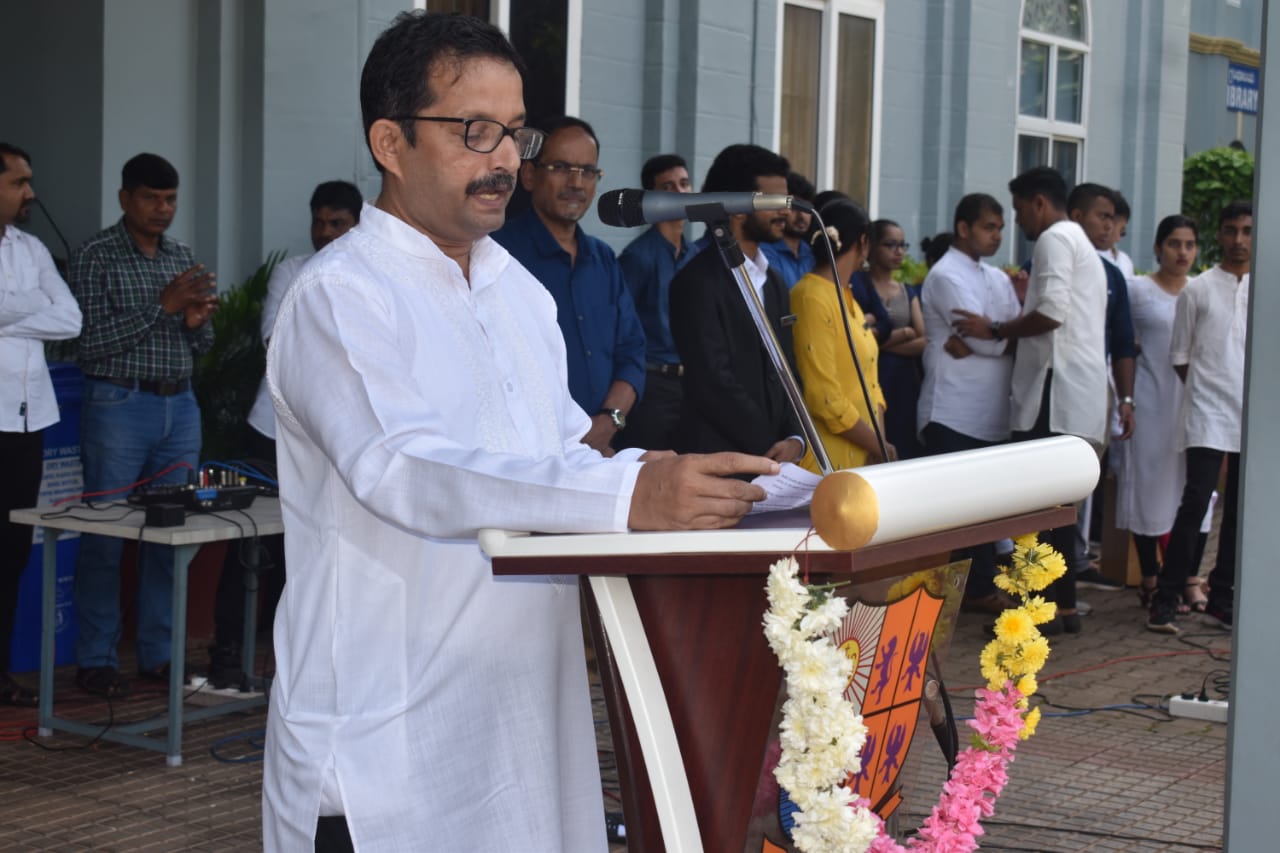 Guest of honour Dr Richard Gonsalves through his remarks mentioned , India is progressing. But still long way to go.He narrated the tremendous growth of India in all sectors since 1947. He strongly gave his message explaining the need to work together to contribute more to the nation. 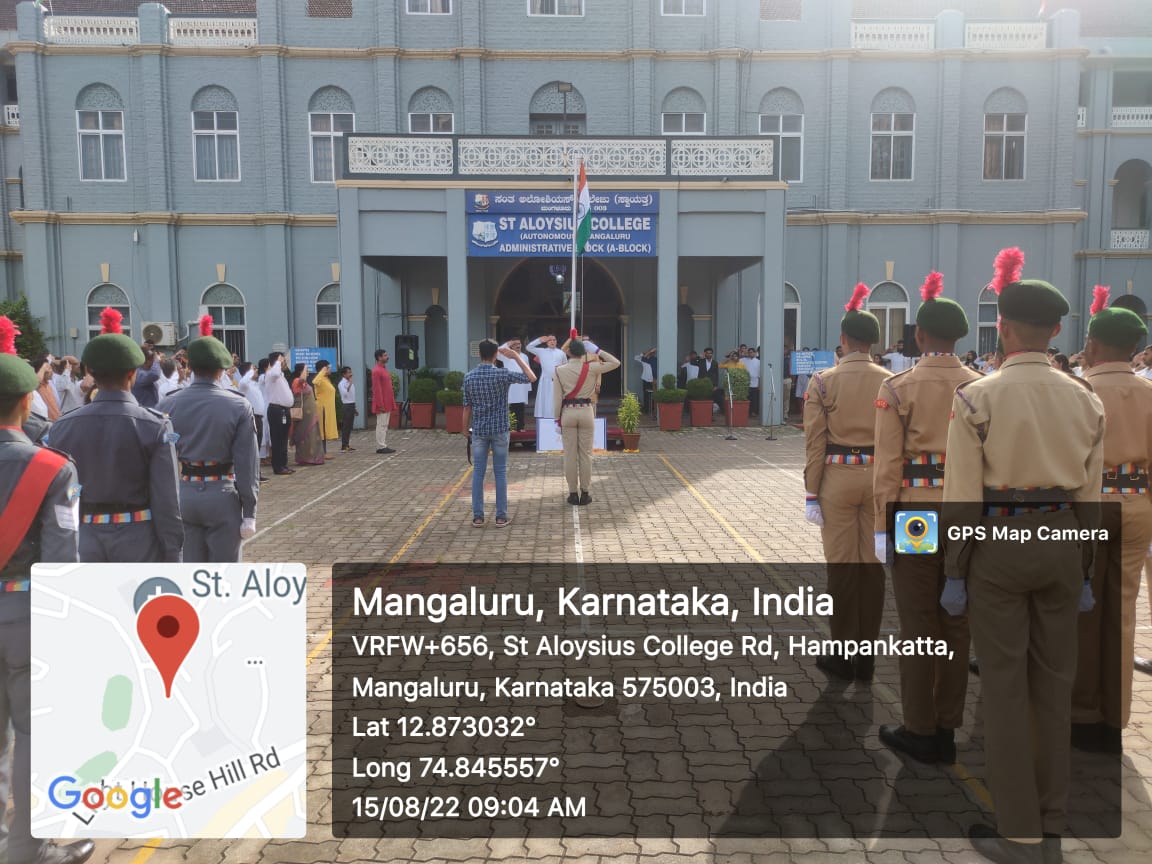 Registrar Dr Alwyn D’Sa   through his speech beautifully narrated the true patriotic feeling behind signing and preserving a new 100ft cloth capsule which was  sponsored by Mr. Terrence D’souza, proprietor of A.R D’Souza group of cloth industry, Mangalore.He mentioned similar cloth capsule signed by all members of the management,Fr Rector, Principal,teaching and nonteaching staff and students during golden jubilee celebration of Indian independence was opened yesterday in a special programme organised to mark Azadi Ka Amrit Mahotsav celebration.To continue the tradition the new cloth capsule will be kept in college museum for next 25 years and will be opened during centenary celebration of India’s independence during 2047. 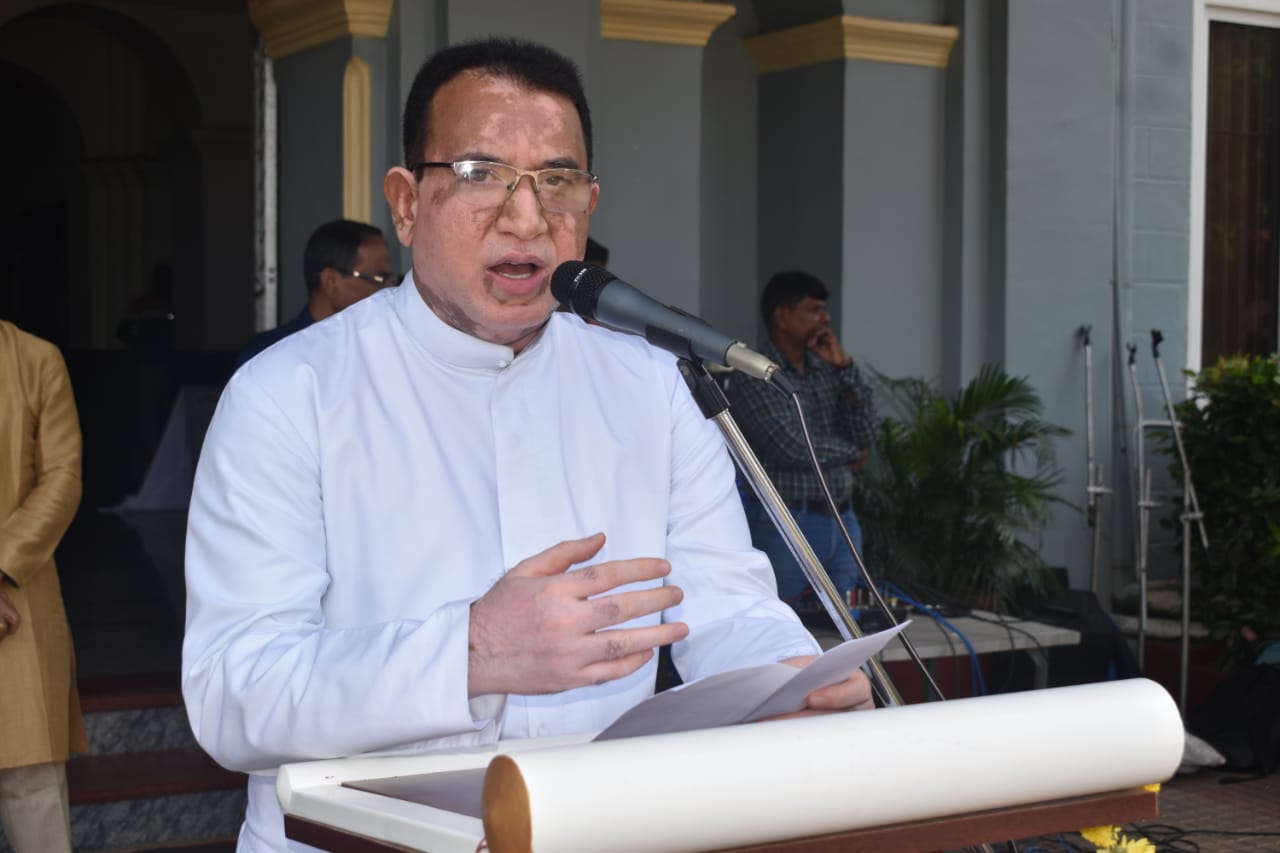 Father Principal Rev. Dr Praveen Martis SJ through his message gave a call to respect our country , its culture, heritage, and the freedom fighters .We always need to follow the good tradition set up by our forefathers in all walks of our life and to contribute something to the nation for its growth.